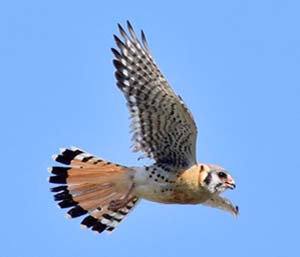 Wildlife Window: Witness to the spectacle of hawk migration 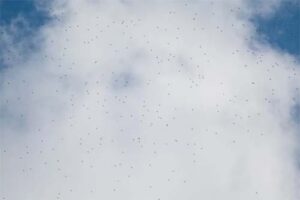 Kevin Cook went to Corpus Christi, Texas, recently to witness witness the spectacle of a hawk migration as the birds head toward South America for the winter. (Jeffrey Wang / Special to the Loveland Reporter-Herald)

The young bird came in a box. Someone found it, assumed it was abandoned, caught it and brought it to me. I was in sixth grade but had earned a reputation as a person who could care for baby animals, especially birds.

The specks swirled in a graceful but random motion.

Back then, the bird was called a “sparrow hawk.” Two decades later, American ornithologists finally got around to acknowledging that a bird in the falcon family shouldn’t be called a “hawk” because hawks and falcons really are biologically different; they renamed it “American kestrel.”

The number of specks grew and what had been a cluster became a small cloud.

I fed it, gave it water, sheltered it at night and in a couple weeks set it free to fend for itself, an action its real parents would have done.

The random motion slowly but uniformly transformed into an elegant spiral.

The specks, already small, shrank even smaller as their spiraling gently carried them up. 10-06-21