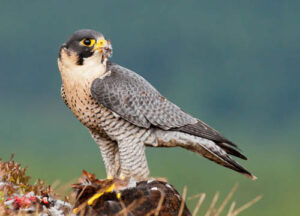 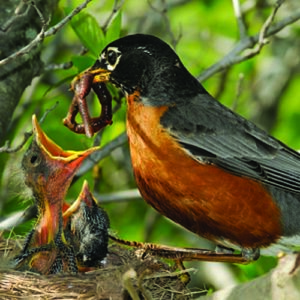 With Silent Spring (1962), Rachel Carson alerted Americans to the threat of a time, in the words of Keats, when “no birds sing.” The beloved American Robin, the harbinger of spring, was dying on lawns, on campus quadrangles, on the front porch of families. The majestic bald eagle, soaring ospreys, and the spectacularly swift Peregrine Falcon were endangered, too.

Carson aroused the public, stirred an environmental movement. The Rachel Carson Council, many, many other organizations, writers, scientists, and ordinary citizens were moved to action. DDT and similar pesticides and herbicides were banned. The Clean Air, Clear Water, Endangered Species, and other acts were passed. The EPA was formed. The birds and their habitat, their songs and beauty were protected, as was the health of humans, which, as Carson showed, is inseparable from that of birds and bees and beasts.

The RCC Bird Watch and Wonder program seeks to protect today’s birds and preserve and protect the ecosystems, the very planet, on which they and we depend. Since the 1970s, the number of North American birds has declined by some 30%. Global climate change, rampant development and sprawl, the continued use of toxic chemicals, the decline in insects, the toll from cars and towering buildings are among the culprits. 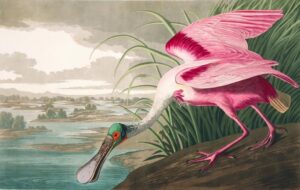 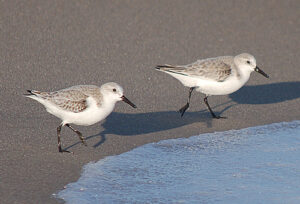 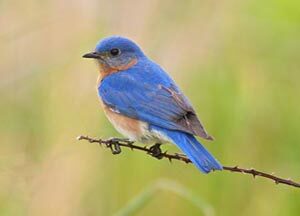 But Rachel Carson’s legacy is not just of watchfulness and warning. There is wonder — imagination, empathy, love. Carson and we are drawn to birds from childhood as the nearest, most visible, most vibrant visitors from the world of nature. Poets, artists, photographers, writers have drawn them to our hearts. Audubon, Susan Fenimore Cooper, Florence Merriam Bailey, Mabel Osgood Wright, Roger Tory Peterson, Marjorie Stoneham Douglas, J. Drew Lanham, Jennifer Ackerman, Deborah Cramer, and many more have helped us care, to feel for, to love the birds. We wonder at their colors, their flight, their songs — how they think and build and play – such small creatures who find their way across astonishing distances, entire oceans and continents, to reproduce and flourish. 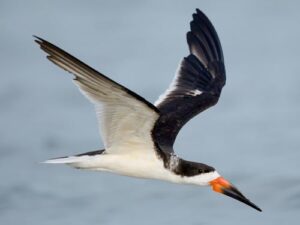 Rachel Carson is also known for her ocean trilogy, three incomparable, best-selling books about the evolution, mysteries and grandeur of the sea and the marine life that inhabits it. But even her first and most finely wrought book, Under the Sea-Wind (1941), opens with the slow, steady wingbeats of a mysterious bird who approaches the North Carolina shore on a moonlit evening. “Its wings were pure black, and from tip to their spread was more than the length of a man’s arm. It flew steadily and without haste across the sound, its progress as measured and as that of the shadows which little by little were dulling the bright water path. The bird was called Rynchops, the black skimmer.”

It is this sense of mystery, of delight and wonder, of empathy that is essential if we are ever to change how we act in the world. It is why we act to save the birds and the birthright of our planet. The RCC Bird Watch and Wonder program invites you to share your own stories, photos, observations, art, essays, as well as your actions and advocacy, with us so we can share them widely wherever birds, and those who watch and wonder, can be found. Rachel Carson believed it was as important to feel as to think. We intend to do both with the latest news and science and stories about birds and the world that they and we inhabit. Join with us now to enter into the long, proud line of those who have loved the birds and fought to save them — and us.

The Latest on Birds
and Our World

Past Birds and Our World Archive