Should Scientists Speak Out?

From astronomer Galileo to physicist Robert Oppenheimer, scientists have historically faced attacks and cruelty for speaking the truth, truths that do not align with the ideologies of authoritarian leaders. Rachel Carson, too, was threatened and denounced for speaking out against the use of toxic chemicals and pesticides. Still, Rachel spoke, quoting Lincoln that “to fail to speak makes cowards of us all.” As the Trump Administration attacks scientists and research while also supporting the proliferation of false facts, Musil and the Rachel Carson Council stand for scientists, journalists, environmentalists, who can and must speak out. 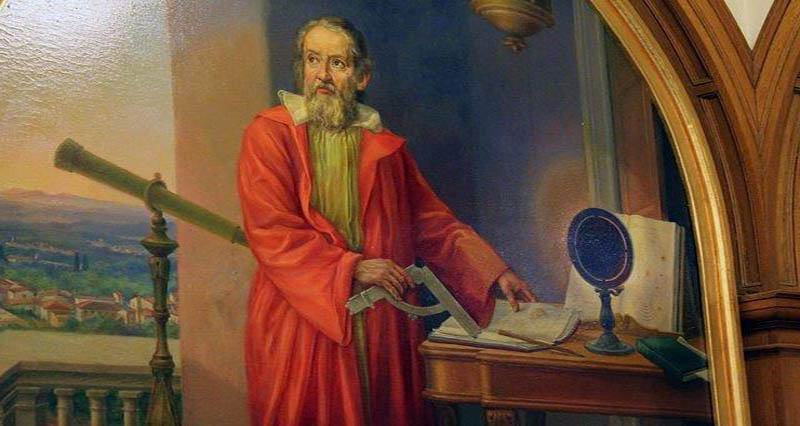 Galileo was arrested and excommunicated for challenging, with evidence from his early telescope, the Roman Catholic Church’s doctrine that the sun circled the earth. Mathematician Joseph Fourier was spared the guillotine by minutes after dissenting during the French Revolution. He went on to be the first scientist to theorize human-induced global warming in articles in 1824 and 1827. During the 1950s McCarthy-era Red scare, physicist Robert Oppenheimer was called a communist. He lost his security clearance for opposing building the H-Bomb after he had led the Manhattan Project that built our first atomic bomb.

Now the Trump administration has brought the same authoritarian sensibility to the White House. Ideology comes first; the facts need to fit the needs of the state and its leader.

The CEO of ExxonMobil that led climate denial for decades heads to the State Department. The Oklahoma Governor who sued the EPA gets to run it. A Texas Governor who pushed fossil fuels and built coal-fired utilities goes to the Department of Energy, following two noted physicists. Grants are halted at EPA, web sites go down, dissenters are targeted.

This blitzkrieg against science that does not please Trump raises anew the ancient question. Should scientists speak out? Is their job simply to do research, make discoveries, and then let politicians decide what to do? 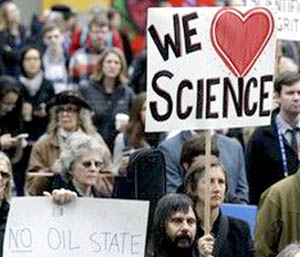 Fortunately, for a growing number of scientists the answer is a resounding no. Scientists within government agencies have already begun to create alternative web sites and Twitter accounts to provide accurate science to the public after their agencies blocked reports on global climate change and more. And soon afterwards, a scientists’ march on Washington sprang to life; support for it has been growing quickly. And, as importantly, scientists and professors on interdisciplinary listservs have begun to circulate articles about how to lobby and affect Congress and even on the importance of running for public office.

Rachel Carson, of course, did far more than simply write Silent Spring and carefully footnote it. Despite her meticulous use of the best and most recent science on toxic chemicals, cancer, and more, Carson was immediately attacked. She was threatened with lawsuits and trailed by paid scientific hacks who tried to refute her. She was called a communist, an hysterical woman, a non-scientist. Despite all this, she testified before Congress, went on television, and responded directly to her critics in speeches. She did not remain silent. Instead, she quoted Lincoln, “to fail to speak makes cowards of us all.”

But the lessons of Galileo, Oppenheimer, or Carson are still lost on many of today’s scientists and academics. Some fear reprisal or losing their job. It is an understandable and honest fear. But usually scientists and academics claim that they need to be “objective” to have credibility, that science does not have “a point of view,” or that objectivity means always presenting “both sides” of a debate equally. Such views are clearly beginning to weaken in the face of direct attacks on scientists and the propagation of scientific falsehoods by the new American government in power.

The Rachel Carson Council and its academic network exist precisely because scientists, academics, journalists, researchers, and environmentalists can and must speak out. Doing so will not change the quality of their evidence; failing to do so will only allow false facts, bad policy, and authoritarianism to triumph.