The Consequences of Nature Deficit in Urban Spaces 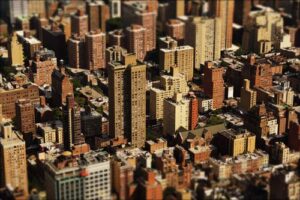 Often, the older generation chastises young children for constantly being stuck indoors. Dubbed “iPad kids,” the children of today are seldom depicted in an outdoor setting and instead, are seen glued to their electronics. But is a lack of nature truly affecting modern-day children and even adults?

The concept of “Nature Deficit Disorder” may help us explain the effects of isolation from nature on children and adults. Coined in 2005 by Richard Louv in his book, Last Child in the Woods, Louv argues that more time spent indoors is directly correlated to an increase in mental and physical ailments. While he argues that this mainly affects children, adults are not immune from the consequences of an increasingly indoor lifestyle. It is not a medical condition, but more a description of the consequences of human alienation from nature.

There have been a number of studies that have found lack of nature is directly correlated with obesity, attention deficit disorders, a decline in the use of one’s senses, and an increase in other illnesses. Moreover, it has also been found that Nature Deficit Disorder goes hand-in-hand with a decrease in environmental conservation and stewardship; how can the children of today protect something they have seldom experienced? In adults, Nature Deficit Disorder has proven more deadly, changing the behavior of those located in cities; a lack of some nature correlates with high crime rates, depression, and other serious problems.

Louv places the blame on “…parent’s fear and the restricted access to natural areas, the proliferation of electronic communications, poor urban planning and disappearing open space, increased street traffic, diminished importance of the natural world in public and private education…”. Like many issues, Nature Deficit Disorder has a greater impact on low-income communities. In addition to the factors mentioned above, working class parents seldom have the time or resources to dedicate to nature outings, spending nearly all of their time working to support their families. According to the U.S. Bureau of Labor Statistics, around 7.6 million people were classified as “working poor.” That is, individuals who have spent more than 27 weeks in the workforce and worked at least 35 hours per week, whose income was still below the poverty line. This represents a huge portion of the population who lack time and money. The result? There is little chance for them to safely take themselves and their children into nature. Moreover, low-income urban areas often lack green spaces of any kind for these families to experience. According to the Brookings Institution, “…nearly 14% of residents in the 100 largest metro areas live in poverty… many live far away from parks and remain disconnected… the 10 metro areas with the lowest park access all have above-average poverty rates.” This inability to access natural areas has only been exacerbated by the COVID-19 pandemic and stay-at-home orders, effectively removing almost any chance of outdoor time for children and adults.

Is there anything that can be done to reverse this phenomenon plaguing our urban areas? Thankfully, there have been several studies about what can be done about Nature Deficit Disorder. Unsurprisingly, the best cure for Nature Deficit Disorder is nature. Professor Ming Kuo from the University of Illinois at Urbana-Champaign has performed extensive research on potentially reversing Nature Deficit Disorder. Her findings spark hope that we can fight against the consequences of an increasingly isolated society. According to her research, access to green space decreases aggression and attention deficit hyperactivity disorder symptoms. It also boosts the immune system. However, Dr. Kuo also points out that access to green space is not equal. Wealthier areas have more access to green spaces, like parks, backyards, and gardens. Her research has also found that varying levels of green space also have an impact on one’s wellbeing. Simply viewing natural scenery has also been found to reduce stress and regulate heart beats in adults. This is promising evidence of combatting a phenomenon that has tightened its grip on society since the beginnings of the pandemic. A number of low-income and Black communities in cities like Philadelphia, for instance, have begun to reclaim urban spaces for nature.

As society shifts to an increasingly digital era and people flock to urban areas, we are rapidly becoming isolated from the natural environment. It is also highlighting the inequality many face as lack of green space disproportionately affects low-income and minority communities. It emphasizes a need for reformation of an old system that is negatively affecting those living within it.