A Guide to Natural Gas, Environmental Justice and Civic Action against the Atlantic Coast Pipeline

For a free copy of the full Blast Zone report visit our Publications page.

What is the Atlantic Coast Pipeline (ACP)?

The Rachel Carson Council’s comprehensive report, Blast Zone, explores the economic and political forces driving the Atlantic Coast Pipeline (ACP), the proposed $5.5 billion, 600-mile structure that will transport fracked natural gas from the Marcellus and Utica Shale Basins to markets in Virginia and North Carolina.  Blast Zone concludes that the ACP is “unnecessary, unsafe, and unjust.”  The report also highlights dozens of local, regional and national organizations working for a just transition to a clean energy future.  Blast Zone is ideal for students, faculty, journalists, policymakers, and all citizens looking for a deeper understanding of the forces behind the expansion of natural gas infrastructure, and how to get involved. 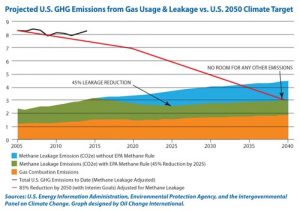 Debunking the Myth of Natural Gas as a “Bridge Fuel”

Though touted as a bridge fuel, natural gas is not a source of clean energy. Methane leakage rates from gas wells range from 3.8%-12%, and rates above 3.2% render natural gas worse for the climate than coal over a 20-year lifecycle. Methane is 84 times more powerful than carbon dioxide over a 20-year period at trapping heat in the atmosphere and contributes to global warming. In order for the U.S. and world to keep global warming beneath 2°C, natural gas consumption must be reduced.

The natural gas boom relies on hydraulic fracturing, or “fracking” technology. Despite its technical precision, the use and pollution of water in the fracking process creates serious environmental and health risks. Fracking requires extraordinary quantities of water mixed with sand and toxic chemicals to be pumped into wells. Recovered wastewater from fracking wells pollutes drinking water sources.

Before water enters a fracking well, it is mixed with sand and toxic chemicals including benzene, mercury, lead and uranium. Over 600 chemicals are used, but fracking operations are not required to disclose exact chemical formulas. Growing evidence suggests that this toxic water can leak from fracked natural gas wells into underwater drinking sources.

Clean Water for North Carolina encourages everyone, not just those close to the proposed route, to submit comments North Carolina Department of Environmental Quality.

Allegheny-Blue Ridge Alliance (ABRA) is a coalition of 50+ organizations in Virginia and West Virginia. ABRA recognizes the ACP’s “potential hazard to regional water supplies but without benefits to the communities and citizens it would affect.” They encourage concerned citizens to write to FERC and contact Congress.

Refusing to use natural gas is not only technically feasible, but it would be cheaper for energy customers in the long run and create far more jobs than natural gas expansion.

Beyond Extreme Energy has been running a campaign for more than five months to call attention to FERC’s abuses of power. The campaign has included call-ins, letter-writing drives, Twitter storms, lobby days, and civil resistance focused on educating senators and pressuring them to oppose the nominations.

Fracking sites emit a variety of pollutants, including diesel exhaust from truck traffic, toxic hydrocarbons from the wells themselves, and silica from frac sand.

According to the Environmental Working Group, none of the states at the center of the ‘frac sand’ mining boom have adopted air quality standards for silica that are adequate to protect people living or working near the sites. Support their research and proactive legislative efforts here.

Well drilling operation is almost 12 times as fatal as the average job. A Food & Water Watch report found that at construction sites, “workers can be exposed to volatile organic compounds, including benzene and toluene, as well as fugitive methane.”

Show your support to the Labor Network for Sustainability, which is based on the understanding that long-term sustainability must be achieved by combining environmental protection, economic fairness, and social justice.

The ACP is an environmental justice (EJ) issue in eastern North Carolina as well because it would bring disproportionate harm to indigenous communities and to some of the most “economically depressed counties of the state, most with higher populations of color than the state as a whole.”

Support research and action conducted by NC Warn. They fight the climate crisis and promote the transition to clean, renewable, affordable energy for all, “including those often excluded…because of racism, sexism, classism, and other forms of oppression,” – and oppose the ACP and work to prevent fracking and pipeline buildouts.

Join the movement with the Community Environmental Legal Defense Fund, that assists communities in developing laws to protect workers, environmental and democratic rights, and the rights of nature. CELDF partners with civil society, indigenous peoples, communities, and governments to advance Rights of Nature laws and policies.

To successfully bring about social, environmental, economic, and political change, it is essential to equip coalitions in higher education with research and advocacy skills, and for them to act without fear of repercussions.

Global Warming: While natural gas does release less CO2 than coal when burned, the total greenhouse gas emissions associated with natural gas use can be even greater than those of coal. Natural gas is composed of methane (CH4), a greenhouse gas that is 84x more powerful at trapping heat than CO2 over a 20-year period, and 36 times more powerful over 100 years, according to the Intergovernmental Panel on Climate Change.

Extreme Weather: Approximately 38 miles of mountains in West Virginia and Virginia would require 10 feet or more of their ridges to be removed using an excavating and blasting process for the pipeline.

Building a pipeline through this precarious terrain also heightens the risk of deadly landslides when extreme weather events occur. On August 19th, 1969, Hurricane Camille, the most deadly hurricane in the Mid-Atlantic caused a flash flood, mudslides, and debris flows in Nelson County, Virginia. Roads and bridges disappeared, homes were destroyed, and more than 150 people died.

Environmental Justice: The North Carolina Environmental Justice Network defines EJ as “The right to a safe, healthy, productive, and sustainable environment for all, where ‘environment’ is considered in its totality to include the ecological (biological), physical (natural and built), social, political, aesthetic, and economic environments. Environmental justice refers to the conditions in which such a right can be freely exercised, whereby individual and group identities, needs, and dignities are preserved, fulfilled, and respected in a way that provides for self- actualization and personal and community empowerment. This term acknowledges environmental “injustice” as the past and present state of affairs and expresses the socio-political objectives needed to address them.“