The Enviva Southampton Plant & Enviva’s Fourth Expansion in a Year

In an unsurprising turn of events, Enviva has applied for its fourth expansion permit in under a year for its Southampton Plant located in Franklin, Virginia. This expansion would increase production by 246,000 tons per year equaling another 5,600 acres of forests cut down annually. This is unacceptable. We are on the precipice of climate disaster, and the only tried and true way to draw down carbon from the atmosphere is through the protection and expansion of biodiverse forests. Every week, more reports and investigations are demonstrating that forests are key to any climate solution and that the wood pellet industry is failing to properly source its materials, failing to protect communities’ health, and worsening our climate through its operations.

And yet, Enviva continues to lie to the public, its investors, and the government, standing by its claims that it is a green solution, good neighbor, and necessary option to counteract climate change. These assertions have been restated time and again at all three North Carolina public hearings that have occurred in the past year relating to their plants’ expansion, and each time, we, along with a strong coalition of other organizations and community members have been there to rebut them. Regardless of the turnout or our demands to stop these expansions until proper research has been done into the justice, public health and environmental impacts, these expansions have been approved. The NC Department of Environmental Quality (NC DEQ) has sat by, only taking action on what they are at a bare minimum required to do to be in compliance, instead of truly considering all concerns brought forth.

At the most recent hearing in Southampton County, VA, and Enviva’s fourth expansion permit hearing in the past year, Enviva stuck by its usual claims. It turned out at least 40 supporters, most all of whom were either employees of Enviva or related industries, like truckers and foresters. These speakers all were financially bound to the industry, making it difficult to believe their claims were unbiased and true. Once again, the Rachel Carson Council, along with other organizations, was there to shed light on the true nature of the industry. It is our hope that the Virginia DEQ heeds the warning.

The biggest difficulty faced in this and every previous hearing, has been the coupling of a permit for expansion with a permit for increased air quality measures on the plants. It is obvious that even though the RCC opposes the wood pellet industry, we do not oppose increased environmental protections for communities. Thus, the permits as drafted present a difficult choice on how to react. 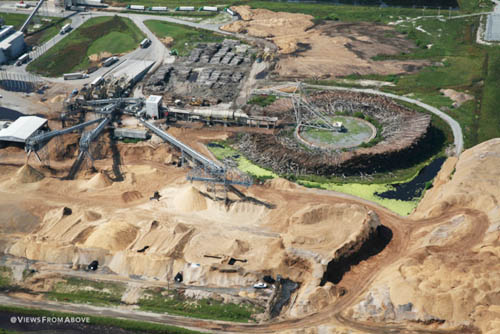 The fact of the matter is that while Enviva would have you believe they are installing these air quality protections voluntarily as a good steward, they were in fact legally mandated to do so after a lawsuit brought by Clean Air Carolina and the Southern Environmental Law Center. The technologies to be installed are standard throughout the industry and yet for years Enviva’s operations have evaded their installation and broken National Ambient Air Quality Standards. Since they are already legally required to install air quality measures, moving forward with them should not be contingent on our communities footing the cost of expanded operations and further deforestation.

More than anything, we need to call on both the VA and NC DEQs to decouple expansion permits and pollution control permits so that the hearings can properly address the issues at hand. The Virginia Southampton Plant permit comment period is still open. Act to protect our communities, our forests, and our globe and submit a comment to VA DEQ.