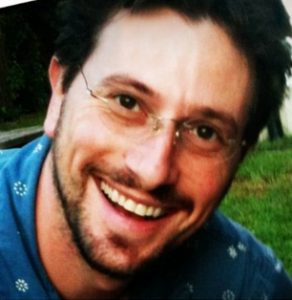 Musil first led a late afternoon seminar in environmental studies that focused on attempts to discredit Rachel Carson and prevent the publication of her classic 1962 Silent Spring. Musil then joined faculty and student leaders at a dinner before his campus lecture, “Rachel Carson and Her Legacy for Maryland Today.” Dr. Musil was introduced by the Director of the Environmental Citizenship Lecture Series, Dr. Barry Muchnick, who, earlier in the year, had invited Musil and RCC Associate Program Director Zoë Ackerman to speak with students and legislators at the Statehouse in Annapolis, Maryland as part of a nationwide Power Dialog at state capitals.

Speaking to an overflow crowd, Musil called on students and faculty to become engaged in the issues that Carson cared deeply about including, in addition to pesticides, the dangers of nuclear weapons and waste, global warming, and the harm to human health and the environment from industrial animal production, including a heavy concentration of industrial chicken production in Maryland. Just as the Velsicol corporation had attempted to intimidate Rachel Carson, Musil also described efforts by the Smithfield corporation to subpoena and harass researcher Dr. Steve Wing whose works undergirds the RCC report, Pork and Pollution. The RCC report describes in depth the health and climate justice effects of massive industrial hog production in North Carolina, revealing that nearby minority communities suffer the most. Musil further noted that much of the work for RCC’s forthcoming major report on poultry production, Fowl Matters: An Introduction to Research and Action on Industrial Chicken Production, had been carried out by RCC interns like the students in the audience who could make similar contributions. 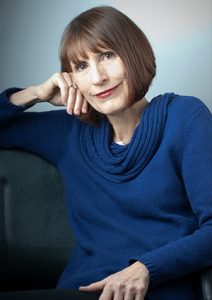 Dr. Musil then called on St. Mary’s students to follow in Rachel Carson’s footsteps and those of a number of today’s women environmental leaders like Wenonah Hauter, the head of Food &Water Watch and author of Foodopoly and Frackopoly, books that expose the dangers of factory farms and of fracking, or environmental and civil rights attorney Marianne Lado of Earth Justice who is the chief plaintiff in a civil rights lawsuit on behalf of communities of color that are disproportionally harmed by the factory hog farms of North Carolina.

Finally, given the critical nature of the 2016 election for the environment, Musil reminded his St. Mary’s audience that Rachel Carson herself was not simply a sole brave and talented author. Carson worked closely with national environmental organizations and was quite political, having campaigned for Adlai Stevenson and John F. Kennedy for President. After the election of 1960, Carson collaborated with the Kennedy Administration and its Secretary of the Interior, Stewart Udall, to work toward a department of the environment and other key policy measures. At the end of Musil’s talk, most of the students and faculty present came and signed up for the Rachel Carson Council Campus Network (RCCN) and discussed ideas for environmental work and projects on and off campus.