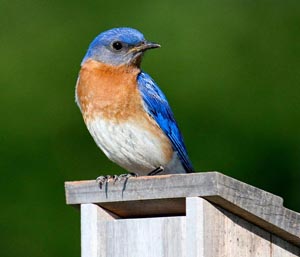 What If I Never Saw This Again? 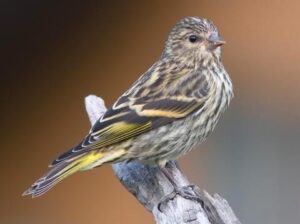 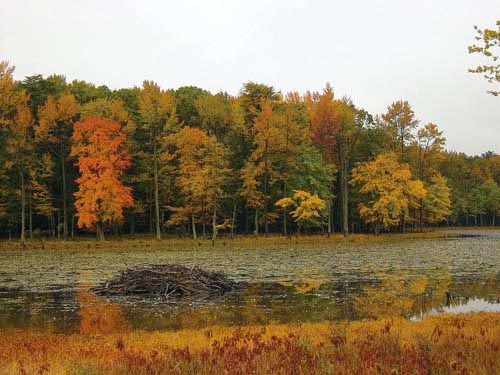 What looks to be a flock of goldfinches flashing yellow lands in a weedy patch on the path at the Patuxent Research Refuge in Maryland. It is a popular birding and nature site that Rachel Carson often trod. I focus in with binoculars and am delighted, but confused. Some of the goldfinches have stripes on them, seem slim, and sport small, pointy beaks. My wife and I exchange excited glances and guess simultaneously. “Pine Siskins?!” I have not seen a Pine Siskin in over a quarter century. These acrobatic seed eaters are not rare, but they are erratic wanderers. Seen one year, gone the next. 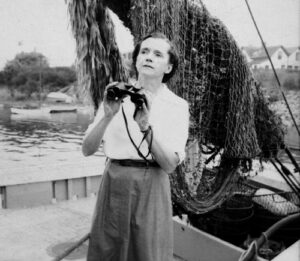 I am reminded of Carson’s words in Silent Spring, “One way to open your eyes is to ask yourself, ‘What if I had never seen this before? What if I knew I would never see it again?’” Carson’s words are particularly poignant since we know she was dying of cancer when they were published in 1962. 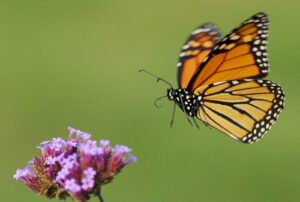 A few last Monarch butterflies float by, their orange and black enhanced by the gold and red foliage on the sweet gum trees that abound here. Given the decline in Monarch populations I worry that these few October stragglers may be the last I ever see. In her final, dying year, Rachel Carson shared her cherished memory of watching Monarch migration in Maine with her loving friend, Dorothy Freeman. She wrote, “I shall remember the Monarchs.” 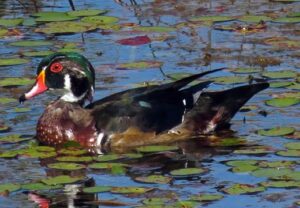 In this time of pandemic, the possibility of death, though I keep it well pushed down, pops up erratically, unexpected, like a Pine Siskin. I find myself noticing and appreciating small things – robins picking worms on a rainy day, my resident chipmunk stuffing safflower seeds, his jowls truly Nixonian. Now as I approach Cash Lake, water levels are low and there seems little activity amidst a surface of water lily pads and muck. Soon, a see slight movement. Lily pads in a breeze, or some sort of small duck, its head barely visible? I zero in and find a family of Wood Ducks, rich with color and unmistakable eye rings. I have not seen Wood Ducks lately on the C&O Canal where I go often. By the time my day here is over, I have seen dozens of them, flotillas of beauty. Never before have I seen so many in a single place. Will I ever see them again? 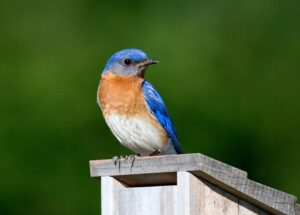 As I near the parking lot to leave, more beauty, more fragility is revealed. There are Eastern Bluebird nesting boxes throughout Patuxent, but I have hoped and held my breath in vain. None to be seen. Until a single bluebird alights on the last box by the curb near our car. I have seen bluebirds before, but never saying a sweet farewell like this. I watch the shimmer of sunlit blue, the soft russet breast, the innocent, slightly stooping stance. I am in love with a bird. But I am not alone. It is human intervention that brought the English sparrows here that drove this gentle native species into dependence on us for nesting. But now, it is loving intervention by other humans – Eagle Scouts, USFWS staff, Patuxent volunteers, ornithologists – who have studied, worked, and built these boxes, who have given me this moment of respite amidst the pandemic and political turmoil of our time.

I try to freeze frame this tranquil moment in my mind. What if I never see it again? The Wildlife Visitor Center here is shuttered because of a pandemic that was allowed to spread and now is even encouraged to spread as President Trump defies public health protocols in the White House Rose Garden creating a super spreader event. Funds for national parks and refuges are cut, environmental policies and procedures gutted, climate change continuously denied.

But even democracy itself is now threatened by a President, losing in the polls, who refuses to assure the public that he will accept election results and peacefully transfer the reins of power to former Vice President Biden. Instead, the President calls on white supremacists to intimidate voters and resort to violence if the results are not acceptable to him. Never before have I seen our Republic and our democratic institutions so threatened. What if I never see them again?

As with my love for a delicate, beleaguered Eastern bluebird, I am not alone. Enough good people who care about nature, about beauty, about preserving and protecting it are intervening, are acting, to repair the damages wrought by developers, climate deniers, chemical manufacturers, and a President who cares for nothing but his own power and privilege. Good people continue to demonstrate for racial justice, to work the phone banks, to stand in long lines to vote early despite the obstacles and threats. Little time remains. We must act now as if we might never see a Pine Siskin, or a Wood Duck, or an Eastern Bluebird, or our own democracy again.