The Symphony of the Everglades: Secrets of a Seemingly Still Ecosystem 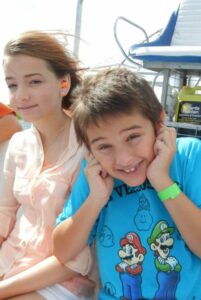 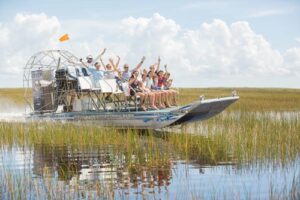 I was just 12 years old in 2013 when I took my first official trip to the Everglades. I call it official because of the many times I had quickly skirted through the wetlands on a highway or seen the mangroves out my car window. My family and I had decided to buy tickets to take an airboat ride at Sawgrass Recreation Park. We clambered onto the airboat with ascending stadium seats and a giant fan in the back and waited to begin our tour of one of the most famous wetlands in the world. When the boat started up, I was overwhelmed by the cacophony of engines and shouts and the stinging of my hair whipping across my face. Eventually, I got used to the sound and began to enjoy the sights around me. Our boat was skimming across the shallow wetlands like a water strider (Gerridae) across the surface of a lake. The grass poked out and waved hi to us in the wind. I was relieved when we finally slowed to a stop and the boat quieted. 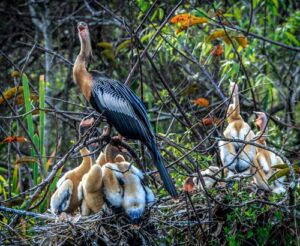 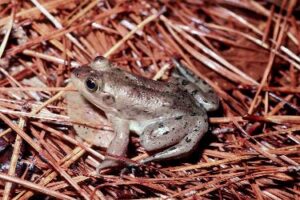 In the silence, I could finally absorb the whole of what we had come to see: water teeming with life.

Pig frogs (Lithobates grylio) croaked in conversation, the blades of sawgrass creaked as they slid past one another, snakebirds (Anhinga anhinga) called to us while they dove, flew, and swam, and the water echoed with sounds from small drips to loud splashes. When we stopped moving, the world came alive. I was amazed that a land that at first glance seemed so flat and still could possibly hold so many secrets. 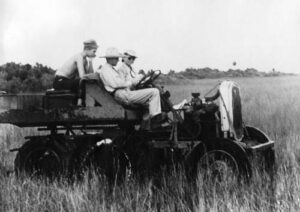 My story is not unique. It is estimated that at least one million people from all around the world visit the Everglades every year. That is one million people who paddle, boat, and walk surrounded by the sounds of one of Florida’s priceless ecosystems. Of course, the Everglades does more than just inspire stories like mine. It houses 360 bird species, 27 snake species, and a diversity of other plants and animals. It is a complex ecosystem that serves not only wildlife but humans. This sprawling wetland provides water to 8 million Floridians, supports a $1.2 billion fishing industry, protects communities against hurricanes and floods, and stores carbon which reduces climate change. Every day, the animals and plants of the Florida Everglades affect millions of people, as they have for centuries. As I think back to my time on that airboat, I realize the sheer number of people who have been in that same place, surrounded by the expanse of the Everglades. Nearly 70 years before I visited, in July of 1950, one of these awe-inspired individuals was Rachel Carson. 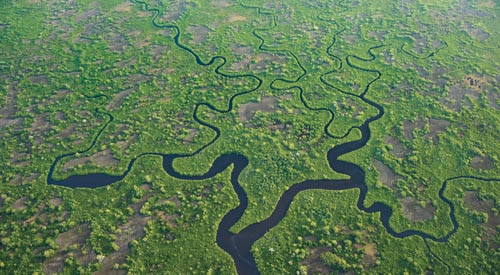 During a research trip to Florida with her friend and colleague Shirley Briggs, an artist and naturalist who became the longtime head of the Rachel Carson Council, Rachel took a tour deep into the Everglades with a US Fish and Wildlife Service patrolman. She marveled at the Everglades’ beauty in her field notes, writing, “The feeling here is of immense space, from the flatness of the land and the great expanse of the sky… Rain came in over the grass, making a beautiful soft play of changing colors —all grey and soft green… The feeling of space is almost the same as at sea, from the flatness of the landscape and the dominance of the sky.” Rachel’s description of the vastness of the Everglades perfectly encapsulates the feeling that hundreds of thousands of people experience every year when they visit. The realization that Rachel Carson was greeted by the same grasses and serenaded by the same songs as I have been nearly 70 years later gives me an even deeper connection to this ecosystem, this special expanse of serene, living beauty. However, there may soon come a time when people can no longer witness the same wonders that Rachel and I did, because the plants and animals of the Everglades are in serious danger. 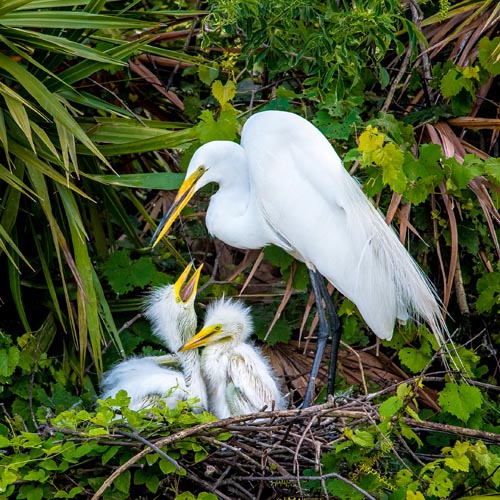 In the decades before and since Rachel Carson visited, the Everglades has been severely damaged and reduced from its original 3 million acres. Urbanization, drainage, land use change for agriculture, and more have shrunk the Everglades to less than 50% of its original size. Efforts over the last few decades have stopped severe drainage, but this ecosystem and the wildlife within it are still in peril. In a study published just last year, researchers found that decades worth of mercury pollution in the Everglades has hampered Great Egret (Ardea alba) breeding by more than half. Yet Great Egrets are not even mentioned on the list of 10 bird species in the Everglades that are most threatened or endangered including the Wood Stork (Mycteria americana), Everglade Snail Kite (Rostrhamus sociabilis plumbeus), and Red Knot (Calidris canutus). Each year, as these birds are faced with more air pollution, water pollution, and uninhabitable heat, their numbers dwindle, and the symphony of the Everglades is silenced. 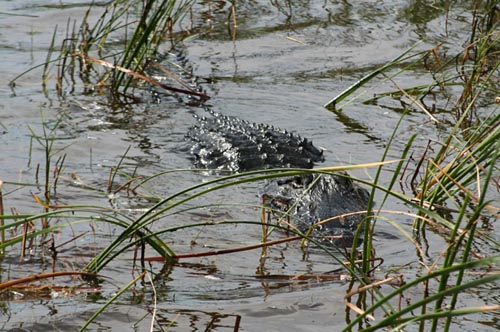 Alligator photographed on Isabel’s trip to the Everglades.

When I first visited the Everglades at 12 years old, I did not know much about climate change or biodiversity loss. I was not aware of the economic and political systems in place that make protecting our Earth so difficult. But, I knew I was in love with the world I had discovered; this love for the wildlife around me is what has sparked my passion for environmentalism and continues to fuel my activism every day. It is the same emotion that inspired Rachel Carson to fight despite the obstacles she faced. I am hopeful that with each new wide-eyed visitor to the Everglades who sees an egret in the grasses or an alligator in the water the world gains another activist. Because, when we fall in love with the world around us, we start fighting not just for ourselves, but for future generations. In a few decades, I hope yet another 12-year-old will have the opportunity to enter the Everglades and hear the music that first inspired my love for the Earth.

Isabel Wood is the co-lead with Ross Feldner and Bob Musil of the RCC Bird Watch and Wonder Program and works with Mackay Pierce on communications and social media.

She is a junior at Duke University majoring in Environmental Science and Policy with a certificate in Documentary Studies. [email protected]