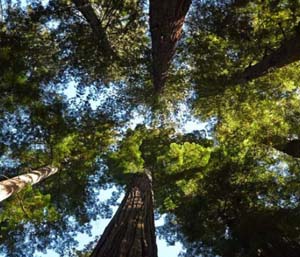 The push for standing forest protections in US climate policy 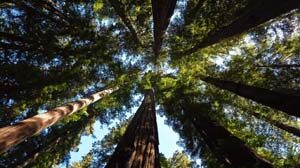 HAMPSHIRE COUNTY, Mass.—Bob Leverett walked away from the trunk, looking up through the canopy, trying to get eyes on the crown.

He crushed the thick pine needle duff with each step, while a light drizzle tapped on the leaves above him, and birds called from a distance. Then he saw it, the top of the tree, and measured its height with a small instrument he raised to his eye. He would combine this measurement with others to calculate the mass of the tree, a monolithic white pine in western Massachusetts. Once he found the mass, he could approximate how much carbon it contained, carbon the tree had been pulling out of the atmosphere, in the form of carbon dioxide, for well over 100 years.

The drizzle stopped by the time he finished taking his measurements, so that only sporadic drops of water fell as they lost their balance in the canopy. He attended to his calculator and then his eyes moved up the furrowed grey-brown trunk, “Twenty tons, roughly, of carbon dioxide absorbed from the atmosphere. That’s the contribution of that whopping big tree,” Leverett, co-founder of the Native Tree Society, told EHN.

An engineer by training, Leverett has worked for decades to document and educate the public about remnant stands of old growth forest in Massachusetts and, more recently, to quantify differences in carbon uptake and sequestration between younger and older forest stands.

The Intergovernmental Panel on Climate Change (IPCC) 1.5°C s pecial report released in 2018 found that, in addition to dramatic emissions reductions, humans must quickly find a way to remove a tremendous amount of existing carbon dioxide from the atmosphere in order to stay below a 1.5°C rise in average global temperatures and avoid the worst climate change related harms.

Given the magnitude of this task and no proven technology to accomplish it, trees—for their ability to cleave carbon dioxide molecules and tuck the carbon into their tissue as they grow— have received widespread attention as a means to sequester significant amounts of excess carbon.

But as talks of massive tree planting ventures get under way, Leverett and other researchers are attempting to make an important distinction. They say that, while tree planting campaigns can play a role in climate change mitigation, it is the forests that are standing now that can sequester carbon most effectively in the near term.

They also warn that these invaluable assets are being squandered as forests are cleared worldwide.01-19-21