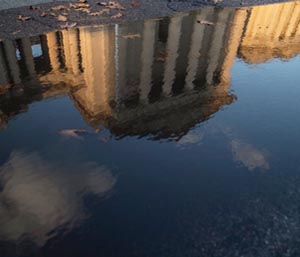 The climate math just got harder

The Supreme Court has issued one of the most important environmental rulings ever, which will make the battle against global warming even more difficult.

This newsletter is going to explain the basics of the court’s decision, and then talk to our colleague Coral Davenport about what it means: A major setback to the U.S.’s ability to keep its promises to reduce greenhouse gas emissions.

The court was asked to consider whether the Environmental Protection Agency has the authority to issue broad, aggressive regulations on climate-warming pollution from power plants that would force many of those plants to close. In a 6-to-3 decision, the justices ruled that the agency has no such authority.

The ruling, in West Virginia v. Environmental Protection Agency, not only limits the authority of the E.P.A., but potentially that of other agencies to enact a broad array of regulations to protect the environment and public health. It was the product of a coordinated, multiyear strategy by Republican attorneys general, conservative legal activists and their funders to use the judicial system to rewrite environmental law, weakening the executive branch’s ability to tackle global warming.

It follows other big decisions this term on guns and reproductive rights that will transform the lives of a generation of Americans.

“The Supreme Court has swung to the right thanks to the three appointments by the Trump administration, and they’re not afraid to make big shifts,” said Blake Emmerson, a law professor at U.C.L.A. 06-30-22