Eastern North Carolina and its beautiful coast has and always will be home to me. I work now for the Rachel Carson Council (RCC) in Washington, DC, but this past week, I was able to return home to continue critical work being done by the RCC and others to protect the unique environments and communities that also call the area home.

Growing up in North Carolina, respect and awe for the natural world around me were instilled from an early age. I remember warm summer nights with the constant hum of cicadas when I would stay up to the wee hours of the morning to watch for sea turtle hatchlings boiling out of the sand and scramble to the safety of the ocean. I remember taking back country roads and driving for miles with nothing but lush forests on either side of the road. 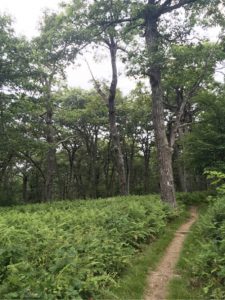 I remember exploring the swampy marshlands in my kayak, looking for little islands hidden within the reeds where pirate treasure might be buried and instead finding strange creatures like toadfish, stone crabs, nudibranch and egrets.

But now, these aspects of North Carolina I value so highly are under immediate threat from extractive industries, a changing climate and increasing development of natural areas. Even on the drive down, it becomes extremely clear that the landscape of eastern North Carolina is changing. Increasingly, the diverse and critical forests that used to be unending are being clear cut and the land left barren, or worse, converted into industrial zones, pipeline crossings, Concentrated Animal Feeding Operations (CAFOs), or housing developments.

This destruction is four-fold. First, the forests themselves are more and more being used in the creation of wood pellets, an expanding industry which touts renewability, but is in actuality worse for the environment than coal. Second, forests are the primary and key way we know to sequester carbon from the atmosphere, critical in the fight against climate change. However, as they are being harvested in every-increasing rates we are further harming our ability to mitigate the oncoming climate crisis. Third, forests help to mitigate effects of a warming climate by providing flood protection during extreme storm events, like Hurricane Florence which devastated North Carolina and my home, just this past year. Fourth and finally, the industries which take the place of some of these previously forested lands themselves contribute to climate change and environmental destruction.

Upon arriving home, the destruction from Hurricane Florence is still apparent. The next hurricane season is just around the corner and many people are still displaced from their homes, jobs and communities. Further, the pollution from runoff and flooding still lingers in pockets, hurting our animals and waterways.

I don’t want my childhood memories to become a thing of the past. I want to be able to continue to show the wonder of the natural world to my nieces and nephews and, one day, my children. In order to protect communities like my own, the time is now to act on climate and environmental destruction.

We can no longer support false solutions like Enviva.

We cannot allow offshore drilling or natural gas pipelines to come to our state.

We must protect our forests and environment.
We must work together, across party lines, to save our communities.
And most importantly, we must support each other.