A Symphony for Rachel Carson 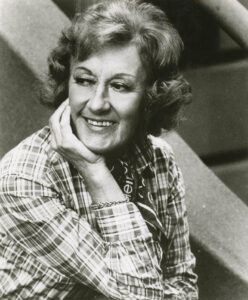 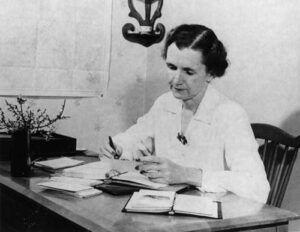 It’s always a joy to come across extraordinary women. Rachel Carson was certainly one; Marian McPartland, longtime host of the NPR program, Piano Jazz, another.

Who would have thought there was a connection between them? It was therefore another joy to discover that there very much was. 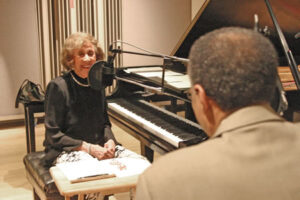 Aside from being a wonderfully talented jazz pianist, McPartland was also an environmentalist. And so, a few months before her 90th birthday, with her show still on the air, McPartland set down an improvised piece of piano music in tribute to Carson. McPartland hosted Piano Jazz from 1978 until her retirement in 2011. She died in 2013 at 95. NPR retired the show in 2018.) 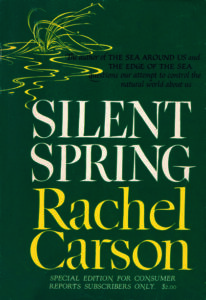 For McPartland, as for many of us, Silent Spring, Carson’s breakout 1962 masterpiece, was a work of seminal importance. And it was to honor Carson and that book that McPartland composed what became her symphony, A Portrait of Rachel Carson. The orchestration was arranged by New Zealand pianist, Alan Broadbent.

McPartland premiered the work on November 15, 2007 with the University of South Carolina Symphony Orchestra, herself on piano. At the time, she was enduring considerable medical challenges, and announced before the performance that “I can’t walk. I’m in miserable pain. But at the piano, I don’t feel a thing.”

You can hear the piece in its entirety, archived on the NPR website. The symphony begins, appropriately enough, with birdsong, evocative of the very sounds Carson warned us could disappear forever. It is worth quoting the NPR description of this work at length:

“Silent Spring begins: ‘There once was a town in the heart of America where all life seemed to live in harmony with its surrounding…’

“Carson’s fabled town is conjured into being with a simple bird-song motif — the opening line played by the clarinet. The musical portrait unfolds to reveal an idyllic pastoral scene, a rural countryside, and a nearby small town ‘in the midst of a checkerboard of prosperous farms.’

“The orchard trees are heavy with fruit, a chorus of birds can be heard, and animals scurry among laurels, ferns, and wildflowers that grow underneath majestic ‘oaks and maples and birch’ that ‘set up a blaze of color that flamed and flickered across a backdrop of pines.’ The first movement encapsulates a day in this idyllic town, from the first chirp of birds in the morning to the peaceful arrival of dusk.

“The second movement emerges in stark contrast to the first. The opening passage — an aggressive, rigid, and strict musical line carried through the entire orchestra — represents mankind’s march toward progress, as it bears down on the landscape. There is little regard for the life, beauty, and wonder — nature exists simply ‘for the convenience of man’ and can be controlled. The bird-song motif from the first movement emerges, but it’s sadder and more confused, and it occurs with decreasing regularity.

“The piece’s catastrophic ending comes quickly, dramatically, and with the finality of falling trees. The damage done is irreversible. The bird songs that brought beauty to the town are now gone forever. Next year, spring will arrive in silence.”

McPartland apparently liked to give copies of Silent Spring to her colleagues and friends. It was a habit that by 2007 was sadly not redundant. Even with DDT banned, birds were still dying. By 2019 the U.S. had lost almost 3 billion birds since 1970. 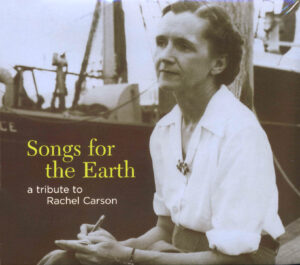 McPartland was not alone in being inspired to create music in honor of Rachel Carson. In fact, there is an entire album dedicated to the environmentalist — Songs for the Earth: A Tribute to Rachel Carson, produced in the late 1980s. The leadoff song — My Dirty Stream — is performed by Pete Seeger, one of this country’s best-known and most beloved environmental, peace and civil rights activists and troubadours.

Both Carson and McPartland were viewed as pioneering, fearless and, as women, groundbreakers in their respective fields, hitherto dominated by men.

Wrote Amanda Hess about Carson in Slate: “In 1966, women made up just .9 percent of engineers, 3.4 percent of physicists, and 8.2 percent of chemists.” Carson was viewed by some males in her field as “hysterical” or “uninformed” or, the ultimate damnation, a “spinster.” Sadly, women have yet to catch up fully and find equality with men in the field of science.

In Howard Reich’s 2018 Chicago Tribune article honoring, McPartland, he described her as smashing glass ceilings in jazz. He recalled her saying that: “I used to hear things like, ‘You play great for a girl.’ Or, ‘You play just like a man.’”

But McPartland had the witty last word on that one. In a book of collected essays, she wrote: “Once a man stood at the bar watching me intently, and when the set was finished, he came over and said with a smile, `You know, you can’t be a respectable woman the way you play piano.’ For some reason or another, this struck me as a great compliment.”