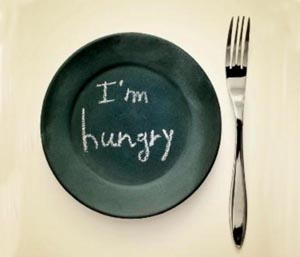 Growing up in an Italian household where there was always food in the kitchen and my plate was always full, with my mom constantly calling, “Mangia! Mangia!” telling me to eat in Italian has always been a constant part of my life. I’ve never gone hungry. I’ve never had to wonder where a meal may come from and I have always had healthy options for my meals. I learned how to be passionate about food early in my life and I learned how to cook from my mother; how to cook recipes passed down from my grandmother and other generations before me.

So, when I learned from an on-campus survey that at least 14% of UNCW students on my college campus were going hungry — I was shocked. For me, it was almost unfathomable. How had I never noticed this? Do others realize what is going on? In the city of Wilmington, I understood some people were struggling… but at my own college? Before learning about food insecurity on college campuses, I never realized students at my own university and universities across the nation were struggling with affording tuition and feeding themselves.

Food insecurity among college students and campus communities is a growing issue that has been exacerbated by rising tuition costs in recent years. Food insecurity, defined by the U.S. Department of Agriculture, is when a person lacks the resources to feed themself and to lead an active, healthy lifestyle. Factors that are negatively affected by student food insecurity are academics and GPA, behavior, mental health and overall wellbeing, restrictions on activities outside of the classroom such as extracurriculars, added stress about where their next meal is coming from, overworking to afford tuition and food, suicidal tendencies and more.

Many recent studies reveal students suffering from food insecurity are also subject to having to work too many hours to pay for food and tuition, hindering their academic performance. According to the 2018 Hunger on Campus Report, approximately 56% of food insecure students are working. Many students must make decisions to either cut class to attend work, take on overtime, or have a second job merely to afford food and budgets for basic living expenses.

The U.S. national average for food insecurity falls at about 12.7% for the general public. College surveys and studies, on the other hand, put students who are food insecure sometime during their student career in a shocking range (varying amongst campuses) between 14-59%. The College and University Food Bank Alliance notes that in 2007 there was only one campus food pantry in the entire nation, compared to early 2017, when that number had risen to 450; it continues to rise steadily. Sadly, since there is still so much stigma and shame associated with food insecurity it’s difficult to measure food insecurity accurately. College campuses are no exception. When surveyed, many students across many universities revealed that they refuse to use an on-campus food pantry because of the stigma attached to its use. Their sense is that the food pantry was not intended for them; it implies personal failure. The stress caused by food insecurity and financial strain can also increase the risk of mental health complications such as depression, leading to a greater likelihood of anxiety and suicidal thoughts.

Measured solely by the increasing number of student food pantries on American campuses over the past few years, food insecurity is a burgeoning issue. “According to an eye-opening survey completed in April of 2018 researchers at Temple University and the Wisconsin HOPE Lab, 36% of students at 66 surveyed American colleges and universities do not get enough to eat, and a similar number lack a secure place to live” (Dewey, 2018). But how did things become this bad?

Experts on the issue state that the contributing factors go beyond solely rising tuition costs, though food insecurity on college campuses is nothing novel. Instead of entering the workforce, more students are choosing higher education directly after high school in order to ultimately reach a higher standard of living. Another important factor is that increasing numbers of college students from more diverse backgrounds and lower economic levels are working toward a college education. This is due, in large part, to expanded needs-based scholarships and grant programs which are doing their job in recruiting more diverse students (Dewey, 2018).

The rise in food insecurity is also a result of belated recognition of the problem. It has not helped that in the past some colleges have buried their heads in the sand when it has come to admitting their campus has a hunger issue. “Not a single university administrator wanted to acknowledge this was an issue five years ago,” said Rachel Sumekh, the chief executive of Swipe Out Hunger, a Los Angeles-based nonprofit. “But the numbers are amazing. It helps us make the case to universities that they need to do something about this.” Now that there is abundant data to back up the statement that food insecurity is real for many students, how can we solve the problem on American college campuses?

Some of the best approaches to resolving food insecurity have been suggested by the academic community: establish on-campus student food pantries, reduce stigma associated with student hunger by creating awareness and discussion through fliers and student emails, advertise available campus resources such as the location and hours of student food pantries, gather more data for further research tailored for each campus on how to mitigate food scarcity, hold annual donation campaigns, and get corporate sponsorship for campus food banks. Other ways of solving the dilemma include making students understand that they are not alone and gaining community involvement outside of campus.

How to Begin Tackling Food Insecurity?

How to begin? One good example is at my own university campus. In January 2019, the University of North Carolina at Wilmington established the Hawk’s Harvest Student Food Pantry. The Catholic Campus Ministry partnered with my school’s Office of Leadership and Engagement along with the Food Bank of Central and East North Carolina to make this food bank a reality. Jaime Russell, director of OSLE at UNCW stated the food pantry is a “community effort” working collectively with other faculty members such as Amelia Huelskamp and Jill Waity. In 2018, they sent out an online anonymous student survey via email to a quarter of UNCW’s student population and received 547 responses. “Many students said they would skip meals, eat less to make their groceries stretch, or attend campus events with free food,” Russell said. “Some days, they would not eat at all.” Sister Rosemary McNamara, who works at the campus ministry and runs the food pantry welcomed housing the food bank with open arms. (Lloyd, 2019).

Since then, Hawk’s Harvest has grown to accepting volunteers for setting up food for shoppers, providing an online version of a cheap and easy to make delicious cookbook, having its own contact number and email to schedule appointments outside of pantry hours, and its own established homepage on the UNCW website. The future of Hawk’s Harvest is expanding and growing brighter.

I am fortunate enough to be a part of this mission, with the help and support from the Rachel Carson Council as on-campus Fellow, to prevent student food insecurity. This fall I am working to start an on-campus sustainability garden to grow fruits and vegetables to provide for students and the pantry. Roger Shew, Lecturer in Geology at UNCW, has begun the work with land already cleared for the designated site. Arrangements with the bee keeping club and the organic garden on campus have been established to provide a beneficial food source for the bee colonies and to aid in pollinating the flora of the future garden.

Importantly, when the garden is fully functional, proposals have been made to incorporate community involvement such as elementary school garden teaching days, partnerships with local environmental chapters as a volunteer opportunity and education tool, farm to table food insecurity awareness dinners for students, and even using the garden as a biology learning tool for classroom involvement. A UNCW Gardening Club is already being established to help maintain the produce garden and to teach college students how rewarding it is to grow your own food. As the founder and president of the soon to be club, I want students to feel a connection between where their food is actually coming from and how much time, effort, and resources it takes to produce it.

In addition to the garden, the food pantry is also growing rapidly and will have gone through a full transformation by the end of the year. Some of the projects that we are focusing on to help expand the pantry, while partnering with UNCW’s campus dietician, are to provide healthy recipe cards for students who don’t know how to cook and don’t know what to do with the food they’ve gotten from the pantry (including gluten free, diabetically friendly, vegetarian, and vegan options). We are posting how-to-cook videos on the university food pantry website, carrying out a reusable bag drive for students to take their groceries home in, advertising food pantry resources through flyers and tabling, since many students don’t even know the food pantry exists, providing volunteer opportunities for students to help other students, and exploring corporate sponsorship connections within the community.

The best part that I’ve found since beginning this project is that so many people want to be involved in the success of the pantry and are willing to help. The OSLE staff, campus dieticians, community members, students, and professors. None of this would be possible without their collaboration and support. Others started this mission before me and realized there was this need on campus. Now I am proud to be part of the solution.

How can you help solve food insecurity?

I believe you can be part of the solution, too, whether at UNCW or other college campuses. Have a few hours a week to spare? Why not volunteer your time to helping to run a student food bank? Or maybe you can start a donation campaign at your local church or school and donate the nonperishable food to your local university food bank? You’d be amazed at how these simple acts can make a big impact on the lives of students. We also mustn’t forget that shame and stigma are the main culprits as to why food insecurity is so hard to measure. So, keep the conversation going! Talk to the dean of your University about food insecurity, help at your local community produce garden and spread the message. When we raise awareness, it makes it that much easier for the growing problem of food insecurity to be brought to light and solved.

— Julianna Tresca, Rachel Carson Council Fellow, UNCW. Julianna Tresca is a senior at the University of North Carolina – Wilmington majoring in Geology and Environmental Science with a focus in geospatial technologies. [email protected]

Dewey, C. (2018). The hidden crisis on college campuses: Many students don’t have enough to eat. The Washington Post. doi: https://www.washingtonpost.com/news/wonk/wp/2018/04/03/the-hidden-crisis-on-college-campuses-36-percent-of-students-dont-have-enough-to-eat/?noredirect=on&utm_term=.abbe55cafe33