Looking out over seemingly infinite stretches of ocean rolling in waves from faraway horizons, we may find ourselves surprised that what the ocean can provide is, indeed, finite. There is a point at which we extract much faster than marine life recovers, a rate at which our demand is much too relentless for life to flourish. We have reached that point: the percent of fish stocks fished at sustainable levels has steadily declined over the past 50 years. And the margin for responsible fishing is narrowing as climate change decreases the amount of seafood that humans can sustainably harvest.

Global fish decline, while daunting, is not unalterable. Fisheries management has been proved effective in restoring and rebuilding fish stocks above target levels. We have seen the efficacy of fisheries management in the United States, where, as a result of the Magnuson-Stevens Act, the number of overfished stocks hit a record low in 2017. 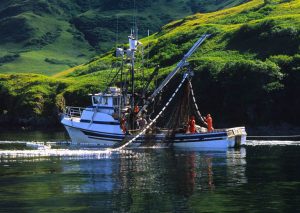 Fisheries are declining not only because of overfishing but also because of climate change. As ocean temperatures rise, many species are shifting towards warmer waters, placing undue stress on small scale fishermen. In North Carolina, fishermen are witnessing their fish move North. 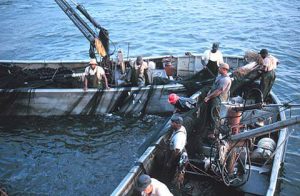 If the Paris Agreement is followed and warming is limited to 1.5 degrees Celsius, global fisheries could generate additional billions in revenue. Action now is also critical to global food security, for fisheries provide 3.3 billion people with a substantial portion of their dietary protein. 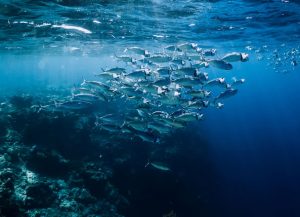 Of course, evaluating the incredible variety of marine life according to its utility further detaches us from the mysterious world of fish, reducing fish to a commodity. This is the case for the endangered bluefin tuna, a species for which the catch quota has been increased despite the fact that its populations are heavily exploited and not fully recovered. Rachel Carson, who wrote in awe of the fascinating life cycle and migration of mackerel from shallow coastal waters to the luminescent depths of the open ocean, expressed empathy with creatures of the sea.

Individuals may ask themselves how they can eat seafood more sustainably. Groups such as Greenpeace and Monterey Bay Aquarium have created consumer guides on sustainable seafood. Generally, buying local seafood is a sustainable option because United States fisheries are well-regulated, and local options do not have to travel as far. Still, consumerism does not excuse industry inaction. The work must go deeper. For this reason, RCC supports sustainability and fish through advocacy for climate action, science-based fisheries policy, and protection of marine habitats that fish depend upon.

Latest News About Sustainability and Fish

In an undergraduate classroom at the University of North Carolina Chapel Hill in 2017, a group of students sat in front of a plate of sushi from a local restaurant. But it wasn’t lunchtime — the students were attempting to quantify how common the mislabeling of red snapper was across North Carolina.

By analyzing the DNA from 43 fish samples they’d collected from seafood markets, grocery stores and restaurants across 10 counties, they found that a whopping 90.7% were mislabeled as red snapper. Most often, the substitutions were tilapia or vermillion snapper. Read more

The term “sustainable seafood” gets used a lot with regard to the fishing and aquaculture industries — it’s a phrase that varies in meaning and is used everywhere from policy directives to marketing strategies. But what does it really mean?

Colloquially, the term “sustainable” is often in reference to environmental impact, with regard to overfishing and making sure that meeting human demands doesn’t destroy ocean ecosystems. Commercial fisheries in the United States are regulated against overfishing, but that doesn’t mean it is not a problem — a growing demand for seafood coupled with climate change related pressures put a lot of strain on the ocean’s capacity to keep producing fish for people to consume. Read more

Sign up here to receive the monthly RCC Coasts and Ocean Observer and other RCC newsletters, information and alerts.