In many ways, the ocean mirrors its surroundings. When the sea is glassy and still, its surface captivates with the images it holds. Sadly, scientists and sea goers alike are now finding a dismal portrait of human activity reflected in our waters—pollution.

The vast majority of ocean pollution begins on land: agricultural run-off such as herbicides, pesticides, and excess nutrients cause dead zones. Sewage, pharmaceuticals, plastics, and heavy metals such as mercury also run from land to sea. 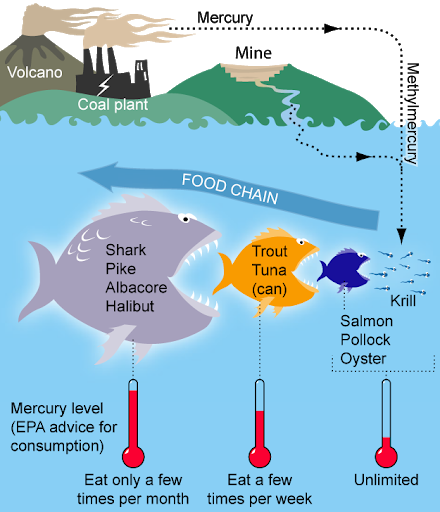 Mercury, a neurotoxin, enters the environment through coal burning power plants. Since the industrial revolution, mercury near the ocean’s surface has nearly tripled. Mercury is not diluted or degraded in the ocean over time. Instead it bioaccumulates, increasing in concentration as it moves up the food chain. High concentrations of mercury in seafood pose a risk to human health. 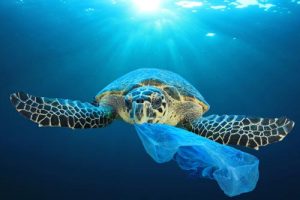 Another concerning pollutant is plastic, which accounts for about 73% of marine debris. Reaching every corner of the globe, plastic litter has accumulated in remote regions of the Arctic as well as in the swirling garbage patches of the Pacific and Atlantic Ocean. Plastic litter and fishing gear entangle whales and dolphins while also killing sea turtles and birds that mistake debris for food. 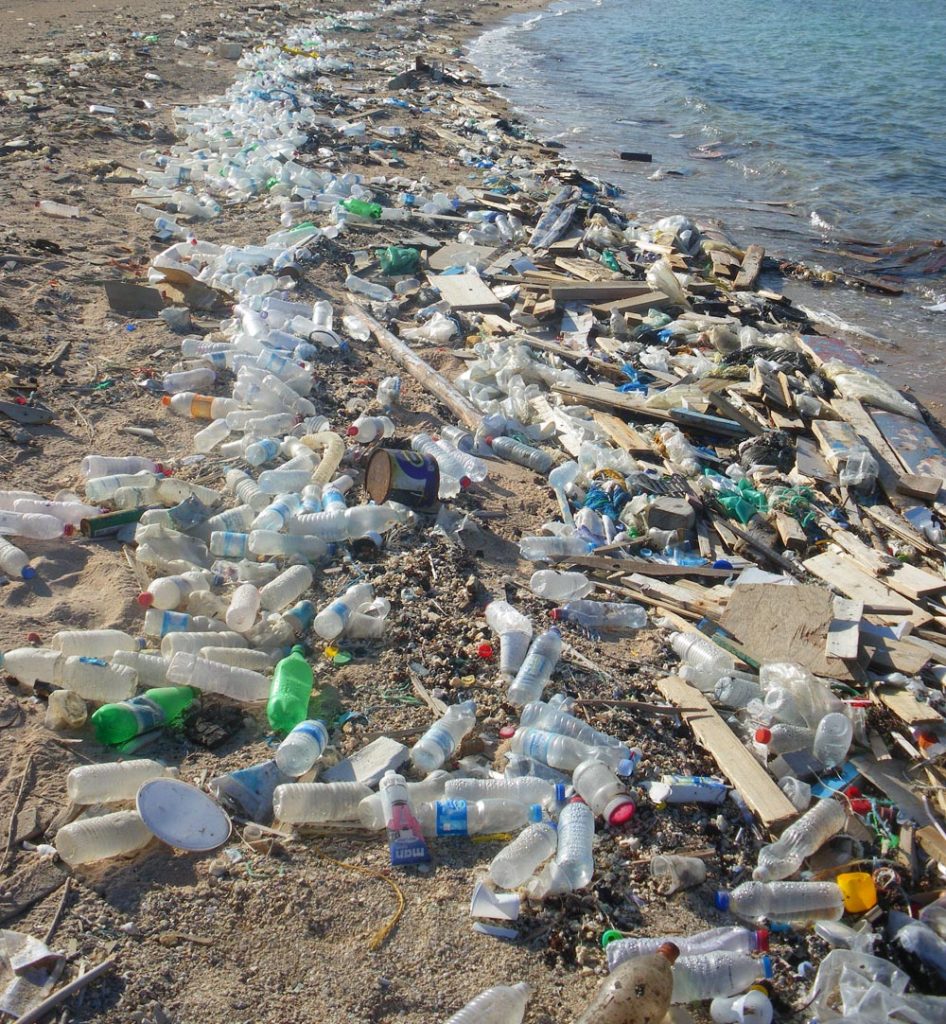 Over time, plastics break down into microplastics; The full effect on marine organisms is not yet known. Studies have shown that microplastics negatively affect animals’ growth and reproduction. And, recently, a study on hermit crabs revealed that microplastic exposure inhibited crabs’ ability to choose a suitable shell—evidence of how all life is growing increasingly vulnerable as a result of plastic waste.

Fossil fuels are the common thread in this web of pollution that ensnares marine life. Currently, plastics consume 14% of the world’s oil and gas. For the U.S. fracking boom has infused the industry with a cheap source of ethylene, a key ingredient of plastics.

Only about 10% of plastics will be recycled, the rest will go to landfills, be incinerated, or make their way into our environment. Incineration facilities may get rid of the visible waste, but they release thousands of pollutants into the air as the trash burns. These toxic facilities are disproportionately built in communities of color. So, in short, pollution needs to stop at its primary source: polluting activities and industries.

Sign up Here to Receive the Monthly RCC Coasts and Ocean Observer and Other RCC Newsletters, Information and Alerts.