The work of the Rachel Carson Council on climate change and environmental justice frequently crosses boundaries; it eliminates the edges between issues. Our work in North Carolina, for example, focused first on huge industrial factory farms (CAFOs) jammed with hogs. Our concern dealt with air and water pollution, methane and climate change, the impact of hurricanes and flooding on CAFOs, and the environmental health and rights of those living around and working in CAFOs who are disproportionately poor, African American, and other people suffering environmental, economic and political injustice. Our work led us to the clear-cutting of forests, the destruction of coal ash pits, off-shore drilling, food insecurity, clean water, clean energy projects, both on and offshore, and ultimately to the ocean.

Like life itself and all species, the issues that concern the Rachel Carson Council ultimately connect to the sea. It is where, as Rachel Carson made us realize, all life began and all life returns. Until recent times, the oceans and our shores seemed too vast to be harmed by human intervention and use. Today, humans, in our arrogant belief that we can subdue and control nature and put it to our use, threaten the entire planet, its land and water, and all its ecosystems, including oceans, bays, inlets and coasts near which some 40% of Americans now live, work and play.

Rachel Carson began her writing and her work around the sea and its edges from the rocky coast of Maine to the beaches and barrier islands of North Carolina and on to the coasts and mangroves of Florida and the Keys. It is what she knew and loved best. But as a trained scientist, writer and advocate she also drew on countless scientific studies, colleagues and environmental organizations around the country and the world that also led her, though she traveled little, to concerns for farm workers in California, mothers and children exposed to radiation in the Arctic, and the growing destruction of marine life . 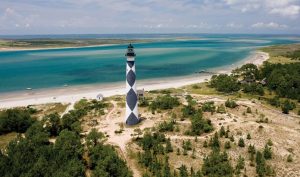 Given the history, mission and capacity of the Rachel Carson Council, our program on Coasts and the Ocean emphasizes the Atlantic Ocean and its large, heavily populated coastal regions, especially those that Rachel Carson knew, loved and sought to protect and where the RCC believes it can make the most difference.

Latest News About Coasts and the Oceans

Click here for Previous Coasts and the Ocean News