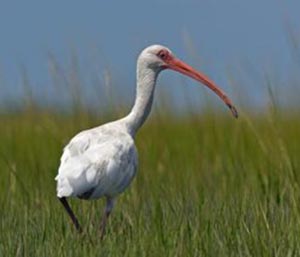 Rachel Carson and the Ocean 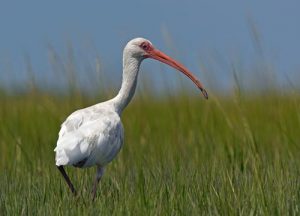 I read the item in the North Carolina Coastal Review carefully, again. I zoom in on the satellite photos. There it is. A warning to avoid going in the water at Town Creek in Beaufort, North Carolina. It is where Rachel Carson lay on the beach, inspired by its birds, its beauty and the bounty of the ocean; it is where she began what became her first and finest book, Under the Sea-Wind (1941).

In Under the Sea-Wind, Carson draws the reader into the lives of sea creatures like Scomber, the mackerel, and Anguilla, the eel. Carson’s swift and sensuous prose and simple shift in viewpoint allows us to become Scomber and Anguilla, following them on perilous migrations where we must avoid fishing boats, sharks, and other predators. It is Carson’s writing at its youthful, unrestrained best. It is marked by imagination, awe, wonder and what one reviewer simply called, “magic.” 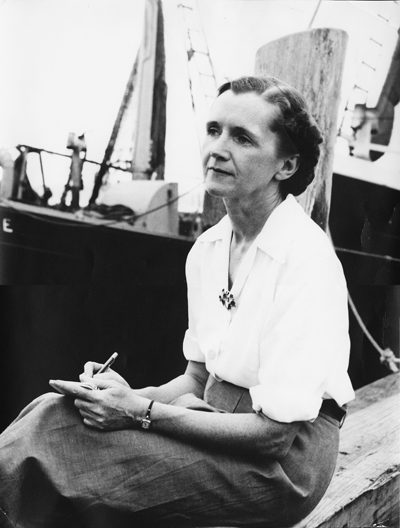 Rachel Carson lay on the Beaufort beach, rode on sea vessels at the Woods Hole Biological Laboratory on Cape Cod, in the 1930s. Under the Sea-Wind (republished in 1952) and her other ocean books, The Sea-Around Us (1951) and The Edge of the Sea (1955) all became best-sellers. They shaped modern views of the ocean and marine life; they stimulated ecological thinking and action as much as Silent Spring. 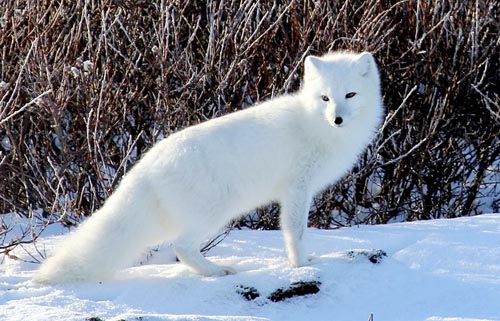 But the ocean of which Rachel Carson wrote is not the ocean of today. It is not only the water near the Rachel Carson Estuarine Reserve in Beaufort that is in danger. In Under the Sea-Wind, we identify with a pair of sanderlings, small sandpipers named Silverbar and Blackfoot, who migrate to reproduce in the distant Artic; they must deal with bitter cold and snow and predatory Arctic foxes. Today, thanks to global climate change, temperatures in the Arctic have now reached over 100 F. in June. The Arctic Ocean is mostly open, rather than frozen, and methyl mercury, a potent neurotoxin that was not fully understood when Under the Sea-Wind was first published, has been found throughout it, endangering both marine species and humans alike. Recently, methyl mercury was reported even at the tremendous depths of the sea floor in the Mariana Trench.

I know such fairly obscure science only because I have been busy working to produce a new, annotated edition of Under the Sea-Wind for the Rutgers University Press with the assistance of the Rachel Carson Council’s Presidential Fellow, Kendall Jefferys. Kendall is a marine science and English major at Duke University, where she is a Rachel Carson Scholar who has worked at the Duke Marine Lab, not far from where Carson herself was first inspired.

What we have found as we update Rachel Carson’s cutting-edge science from the 1930s is harrowing. Anguilla, the eel, is today threatened throughout its vast and once mysterious migrations. Overfishing, pollution, climate change and more have all reduced eel catches worldwide by 75%. Before migrating, as in Under the Sea-Wind, eels live for about ten years in ponds and ephemeral waters along the North Carolina coast before migrating to the far-off Sargasso Sea to spawn and die. Their minuscule offspring grow and arduously make their way back to North Carolina. But now coastal North Carolina is subject to flooding, salinization and pollution. Anguilla may soon be simply a character written about by Rachel Carson. Even the seemingly endless amounts of mackerel (like Scomber) and mullet and other migrating fish that Carson describes are now vastly reduced and in danger.

Rachel Carson taught us that all creatures are connected, that we all evolved eons ago as life emerged from the sea, that we should live in wonder and awe at the world around us – especially the ocean. Were she alive today, Rachel Carson would be taking action to preserve and protect all that she encouraged us to love. 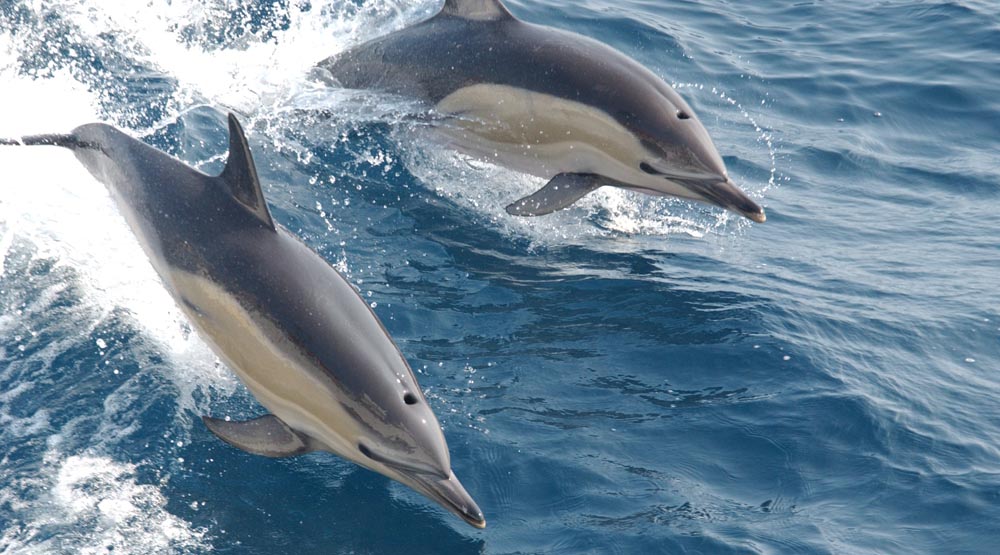 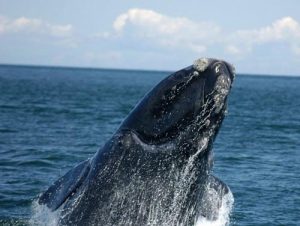 It is why the Rachel Carson Council has initiated this month an entirely new program with education, organizing and action focused on our Coasts and Ocean. Our first action alert, to end seismic blasting that is harming precious marine mammals like dolphins and whales, has just gone out. There will be more.

I hope that the Rachel Carson Council can continue to grow and find the resources to make our Shores and Oceans Program as large and powerful as the Right Whales who may soon be driven into extinction by seismic blasting. Rachel Carson would not remain silent in the face of today’s human devastation of the ocean. Nor can we.