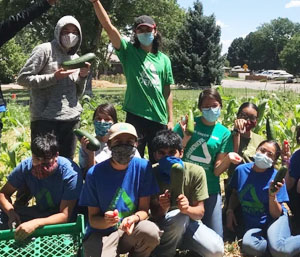 Q&A: A young environmental justice leader on the value of getting youth of color into nature 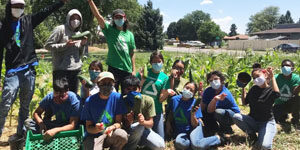 For most college students, Saturdays are for relaxing or spending time with friends, but Damar Garcia is often busy preparing campaign materials for community residents about the importance of ensuring that young people of color have greater access to nature in cities.

Garcia, an environmental activist and college student at Whittier College in Los Angeles County, works to ensure that young people of color in cities have greater access to nature and believes access to the outdoors can not only reduce health disparities among young people in cities, but it can be life-changing for them.

And evidence is mounting that Garcia and fellow advocates are on to something: This summer, the Center for American Progress and the Hispanic Access Foundation released a report which finds that lower income, communities of color experience “nature deprivation” at three times the rate as White Americans. According to the report, more than 76 percent of low income communities of color live in nature-deprived areas, with Black communities experiencing the highest levels of nature deprivation. And, last year, a study of ten U.S. cities by researchers at the University of British Columbia concluded that Latinos and African Americans in these cities have less access to green space in comparison to more affluent, White communities. 11-24-20