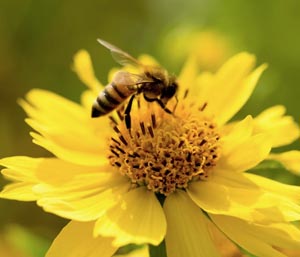 State officials said the rules, which were proposed this month after scientists estimated that only about 356 right whales remain. Read more at The Boston Globe

According to a new estimate, reducing ozone pollution has saved 1.5 billion birds over the past 40 years. Read more at Anthropocene

On Friday, the Trump administration moved another step closer to cutting federal protections for birds despite opposition from conservation groups and experts. Read more at Our Daily Planet

At Sea and in Court, the Fight to Save Right Whales Intensifies 11-17-20

We humans aren’t the only ones who have devised democratic methods for electing leaders. As our count for the presidential winner continues, the Guardian explains how other species “vote” for leaders that can make or break their survival. Read more at Our Daily Planet

The World Wildlife Fund (WWF) issued a new report yesterday illuminating the devastating impact of derelict or abandoned fishing gear in the ocean (aka “ghost gear”), and the numbers are terrifying Read more at Our Daily Planet

A blue whale can weigh as much as 200 tons and consume 12,000 pounds of krill in a single day. But even the largest animal on Earth doesn’t stand a chance against a fast-moving cargo ship. Read more at EcoWatch

Yesterday the Paulson Institute, The Nature Conservancy (TNC), and Cornell University released a major new report which takes the most in-depth and comprehensive analysis ever completed about biodiversity financing. Read more at Our Daily Planet

The American Southwest is witnessing a horrific and inexplicable phenomenon, likely due to the climate crisis: hundreds of thousands of migratory birds are dying off. Read more at EcoWatch

Citing risks to the environment and the coastal economy, Gov. Roy Cooper and Attorney General Josh Stein announced Wednesday that the state has appealed a federal decision to override the state’s objection to a company’s plan for offshore seismic testing. Read more at Coastal Review

Environmentalists and ornithologists found a friend in a federal court on Tuesday when a judge struck down a Trump administration attempt to allow polluters to kill birds without repercussions through rewriting the Migratory Treaty Bird Act (MBTA). Read more at EcoWatch

An overlooked threat to the honey bee: Air pollution 08-11-20

It’s no secret that living near a highway, a power plant, or some other source of air pollution can slowly kill you. Read more at Grist

Popular pesticides are causing bird species to decline at an alarming rate in the US, adding fuel to a 50-year downward trend in bird biodiversity, a new report has found. Read more at The Guardian

The Monarch butterfly is in great peril. Read more at Esquire

Climate change can feel impossible to solve. But, as monarchs show, small actions can have world-altering results. Read more at The Walrus

Northern Right Whales Are on the Brink, and Trump Could Be Their Last Hope 07-09-20

The species was declared critically endangered on Thursday, with fewer than 450 left. Read more at The New York Times

In another reversal of Obama-era regulations, the Trump administration is having the National Park Service rescind a 2015 order that protected bears and wolves within protected lands. Read more at EcoWatch

The gruesome images of whales and deer dying after mistaking plastic for food has helped put into perspective just how severe the plastic waste crisis is. Read more at EcoWatch

Researchers are seeing an increase in nests as restrictions keep humans and harmful waste off beaches. Read more at The Guardian

Wild bears in Yosemite National Park are coming out of the woodwork in what park officials are calling a “party” following the park’s March 20 closure in response to the novel coronavirus pandemic. Read more at EcoWatch

Ringed seals spend most of the year hidden in icy Arctic waters, breathing through holes they create in the thick sea ice. Read more at EcoWatch

In a Race Against Global Warming, Robins Are Migrating Earlier 04-07-20

A new tracking study suggests the birds are responding to the dwindling snow cover on their migratory flight path. Read more at Inside Climate News

With the coronavirus continuing to spread and self-isolation becoming the norm, it feels more important than ever to embrace the power and beauty of nature. Sure, we can’t travel as much these days, but the modern world can still bring the natural world to us. Read more at EcoWatch

An Emerging Threat to Conservation: Fear of Nature 03-13-20

It’s called “biophobia,” a disconnection from nature that’s reducing our collective will to preserve species and habitats. But new research points toward some wild solutions. Read more at The Revelator

Sea turtles are eating ocean plastic because it smells like food, study finds 03-09-20

Across the world, sea turtles are swallowing bits of plastic in the ocean and often dying as a result. Read more at CNBC

Psychic Numbing: Keeping Hope Alive in a World of Extinctions 02-26-20

The litany of lost species can be overwhelming, leading to what has been called “psychic numbing.” But as the recovery of species from bald eagles to humpback whales shows, our actions do matter in saving species and the aliveness and beauty they bring to the world. Read more at Yale Environment 360

To be a good wildlife photographer, you need an expertly trained eye. But good ears help, too. Read more at EcoWatch

Maryland farmers discover that what’s good for the northern bobwhite quail is good for the Chesapeake Bay. Read more at Hakai Magazine

America’s national bird is threatened by hunters. Not that hunters are taking aim at the iconic bald eagle, but bald eagles are dying after eating lead bullets, as CNN reported. Read more at EcoWatch

Around the world, communities are using “Rights of Nature” laws to defend waterways, species and more from human threats Read more at Ensia

Acting Now Could Save Bugs From Insect Apocalypse 01-29-20

Seven ‘no-regret’ actions could rescue insects on the road to extinction, a new roadmap for conservation says, helping ecosystems even where a lack of research means scientists cannot prove benefits to individual species. Read more at EcoWatch

It is not enough to conserve species and ecosystems. We have an ethical duty to care for each individual animal on earth. Read more at Aeon

Migration routes after nesting in French Guiana found extended as far as Nova Scotia and France, research shows. Read more at The Guardian

Long a hotbed for the urban farming movement, Detroit is seeing a surge in urban beekeeping. Read more at Environmental Health News