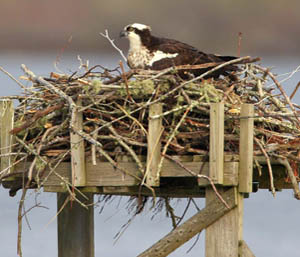 While the planet continues to heat up, almost every single one of the 459 species listed as endangered in the U.S. will struggle. Read more at EcoWatch

Last month, millions of youth activists around the world took to the streets to fight for their right to breathe clean air, drink clean water, and not have to suffer the wrath of the climate crisis. Read more at Grist

Each state in America has an official state bird, usually an iconic species that helps define the landscape. Minnesota chose the common loon, whose haunting wails echo across the state’s northern lakes each summer. Read more at The New York Times

Dolphins are swimming, mating and even giving birth in the Potomac 10-02-19

Five decades ago, President Lyndon B. Johnson declared the polluted Potomac River a “national disgrace.” Although it is now much cleaner, officials in Washington are still not convinced the water is safe for humans to swim in. Read more at The Washington Post

Mounting evidence proves that natural-gas and oil extraction threatens wildlife and ecosystems — much as it harms human health. Read more at The Revelator

A little more than a month after the Trump administration announced a major rollback of the Endangered Species Act, 17 states are suing to stop it. Read more at EcoWatch

If you were alive in the year 1970, more than one in four birds in the U.S. and Canada have disappeared within your lifetime. Read more at The Cornell Lab of Ornithology – All About Birds

Alaska’s last vast wild place is open for drilling. Will the birds survive? 09-10-19

Alaska’s National Petroleum Reserve, where millions of birds come to nest and raise their young, is now under threat from petroleum development. Read more at National Geographic

The fate of the seabirds remains heavily in the hands of humans. Read more at The Daily Climate

The Trump administration announced sweeping changes to the Endangered Species Act Monday in a move that could make it harder to protect plants and animals from the climate crisis, The New York Times reported. Read more at EcoWatch

The Trump administration has announced rule changes that alter how it will enforce the 1973 Endangered Species Act, which protects threatened and endangered species and their habitats. Read more at The Conversation

The golden-cheeked warbler, an endangered songbird native to Central Texas, always seems to be flitting around controversy. It proved to be a roadblock derailing the Texas Department of Transportation’s plans to build a toll road in 2016. Read more at Grist

Pollinator Cities Really Could Save the Monarchs 06-26-19

The milkweed needed to stabilize the country’s monarch-butterfly population thrives in metropolitan areas—especially on residential land. Read more at CityLab

A yellow plastic sign stapled to a skinny black tree warned ENTERING BURN: STAY ON ROADS AND TRAILS. Read more at All About Birds

The story of the seabirds’ deaths likely starts at the bottom of the food chain, where warming water and climate change are changing the menu. Read more at Inside Climate News

Sea turtles are being born mostly female due to warming—will they survive? 04-04-19

Climate change is causing a crisis in sea turtle sex ratios. But there are signs of hope. Read more at National Geographic

The survival rates of Indo Pacific bottlenose dolphins like this one were reduced following a marine heat wave in Australia. Read more at EcoWatch

Southern California is in the midst of a “magical” surprise: unusually large swarms of Painted Lady butterflies filling the skies from San Diego to Pasadena. Read more at EcoWatch

As Work Begins on Trump’s Border Wall, a Key Wildlife Refuge Is at Risk 02-28-19

Construction is underway on a stretch of President Trump’s border wall cutting through the Lower Rio Grande Valley National Wildlife Refuge in Texas. Biologists warn the steel wall will disrupt carefully preserved habitat critical for the survival of ocelot, jaguarundi, and other threatened species. Read more at Yale Environment 360

A hundred years ago, a person wandering the back roads of coastal New England might have come across an odd sight: an osprey. Read more at EcoWatch

The population of monarch butterflies that spend winter along the California coast dropped 86 percent since 2017, according to a recent count by the Xerces Society, an invertebrate conservation group. Read more at EcoWatch