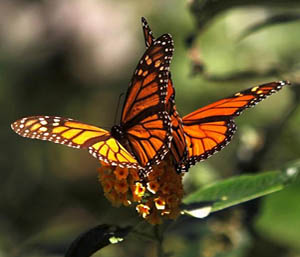 As Gulf of Maine Warms, Puffins Recast as Canaries in a Coal Mine 10-26-15

Puffins were virtually wiped out in Maine in the mid-19th century by hungry fisherman, who threw nets over their hideaways to catch them by the 1000s. Restored to midcoasts islands by scientists, they have a threatened status in Maine and were recently listed as endangered in Europe. A new threat from rising ocean temperatures now threatens much of the prey they rely on …Full article This is part 2 of a series. To read the full series click here

The orange groves in Fort Myers, Florida, have turned to poison for David Mendes’ honeybees. The one time winter havens for bees have been treated with a popular pesticides that he says kills his livelihood …Full article and interactive bee loss map

Mercury pollution has risen nearly 50-fold in the feathers of the endangered Ivory gull over the past 130 years, say scientists. Mercury levels are going up in other Arctic birds, fish and mammals due to atmospheric pollution. Mercury in the atmosphere comes from natural sources such as volcanoes, as well as human activities such as coal burning. Air currents can transport mercury to the Arctic from mid-latitudes in just a few days …Full article

Cascadian Farm ‘Bee Friendlier’ Effort Enlists Public to Help Protect Insects 1-26-15
Alarm has grown in recent years over the widespread loss of bee colonies, not just because of the canary-in-the-coal-mine implications about how factors like pesticides and parasites might be to blame, but also for a more direct reason: Bees pollinate an estimated 75% of food crops …Full article