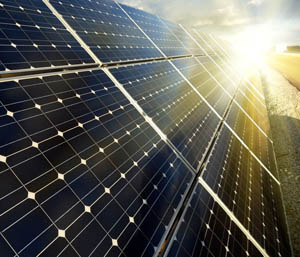 The election at the plant, owned by GM and LG Energy Solution, is a major test for the labor movement in the fight against climate change Read more

Investment in wind and solar is set to outpace oil and gas drilling for the first time this year, according to one analyst — a milestone in the worldwide transition to clean energy that comes in spite of a spiraling energy crisis and calls to increase fossil fuel production. Read more

Electric planes are coming: Short-hop regional flights could be running on batteries in a few years 09-19-22

Electric planes might seem futuristic, but they aren’t that far off, at least for short hops. Read more

People must both drive less and switch to electric vehicles to reduce carbon emissions enough to avoid the worst effects of climate change. Read more

This week kicks off Latino & Hispanic Heritage Month, but September also marks a life-changing moment for the people of Puerto Rico. Read more

‘Transformational’: could America’s new green bank be a climate gamechanger? 09-11-22

Long championed by climate activists, the green bank would provide funding to expand clean energy use across the US. Read more

Not all locals are happy about it. Read more

How Joe Manchin’s change of heart could revive the U.S. solar industry 07-30-22

The gamble by a company here churning out large volumes of solar panels was starting to look risky. Read more

The surprise deal by Senate Democrats on a slimmed-down bill to support families, boost infrastructure and fight climate change also is likely to jump-start sales of electric vehicles. Read more

At least in terms of the job market, 2021 was a good year for renewable energy. Read more

Solar is one of the cleanest power sources we’ve got. But it could be even greener. 06-21-22

Some manufacturers are going the extra mile to clean up emissions from a critical material in solar panels’ supply chain. Read more

As Illinois Coal Jobs Disappear, Some Are Looking to the Sun 05-26-22

Public safety vs. climate action: The battle over the Big Apple’s rules for buildings. Read more

How to Make a City Safer for E-Bikes? Think Infrastructure 05-17-22

Batteries are getting cheap. So why aren’t electric vehicles? 04-27-22

Together, they’re generating more solar power than the entire country did a decade ago. Read more

As utility-scale renewables expand, some Midwest farmers are pushing back. 04-11-22

Rural communities are concerned about losing agricultural land in a region long-defined by its farming roots . Read more

Lawmakers in Florida are clamping down on solar incentives for homeowners. Read more

Utility monopolies are hurting rooftop solar. Can antitrust lawsuits rein them in? 02-18-22

A federal court found that an Arizona utility that crushed rooftop solar was not protected from antitrust laws. Read more

Grants included in the infrastructure law will help states build a charging network designed to reach highways in almost every corner of the country. Read more

In the last few months, I’ve seen a flurry of headlines painting a rosy view for the future of community solar. Read more

Booming in a depressed market, battery-powered vehicles are a plus for the climate but pose a big threat to carmakers and parts suppliers that are slow to change. Read more

Electric vehicles are here. How can we make them equitable? 02-02-22

There is an urgent need to make clean transportation equitable and widely accessible. Read more

Schwarzenegger: We Put Solar Panels on 1 Million Roofs in California. That Win Is Now Under Threat. 01-17-22

California has more rooftops with solar panels than any other state and continues to be a leader in new installations. But a proposal from the state’s public utility commission threatens that progress. Read more

The first offshore wind lease sale under Biden is coming soon. Will the fishing industry intervene? 01-11-22

The Interior Department is expected to greenlight the first offshore wind lease sale under President Biden as soon as this week, a move that would lower the nation’s reliance on the fossil fuels that are dangerously warming the planet.  Read more

As U.S. moves toward solar energy, this roofing company hopes ‘solar shingles’ will get homeowners to buy in 01-03-22

One of the largest roofing companies in the U.S. will offer a new solar roofing product, with the aim of driving installation costs down and solar adoption up. Read more