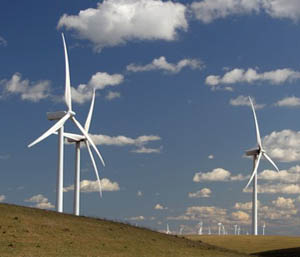 Earth to Donald Trump: If you really are a smart businessman, you’ll go green 11-14-16

Here are two facts about the man who will soon be President of the United States, only one of which can be true. Read more on CNBC

Wind power is flying high. Learn why this clean energy source is so popular with the public and growing rapidly – and how much we can do with it. Read more on The Climate Reality Project

The federal government on Friday unveiled its vision for wind farms off of nearly every U.S. coastline by 2050, in an effort to generate 86 gigawatts of electricity from offshore wind — enough zero-carbon power for more than 23 million homes. Read more on Grist

Energy and food producers are not often so simpatico when sharing the same turf, nor are farmers always so pleased about big corporations co-opting their land. Read more on Coastal Review Online

‘Wake up, humanity! Time is running out!’

At high Noon Sunday, with temperatures heading toward 95 degrees, I’m confident I was not the only one preparing to march through the streets of downtown Philadelphia who recalled that old elementary-school story about the wig-wearing drafters of the Declaration of Independence huddled inside of Independence Hall on a sweltering July day. Read more on EcoWatch

Less than two months after Maryland Gov. Larry Hogan signed a bill in support of reducing the state’s greenhouse gas emissions, he vetoed a plan to increase a mandate on renewable energy use. …Full article

The number of jobs in the solar business grew 12 times faster than overall job creation in the U.S. last year and outpaced those in the oil and gas sector.

According to the latest data by the International Renewable Energy Agency (IRENA), the overall clean energy sector (excluding hydropower) employed 8.1 million people worldwide in 2015, up from 7.7 million in the previous year. IRENA expects worldwide jobs to reach 24 million by 2030 …Full article

Duke Energy vs. Solar Energy: Battle Over Solar Heats Up in North Carolina 3-13-16

Around the nation, big utility companies are successfully lobbying lawmakers and regulators to restrict individual and corporate access to solar power, denying people significan savings on electricity bill and the opportunity to take part in the growing green energy economy …Full article