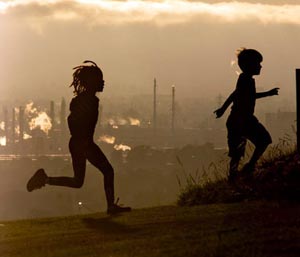 Beyond reusing and recycling: How the US could actually reduce plastic production 12-13-21

Whether it’s a cap on production or a market mechanism, it’s likely to meet industry opposition. Read more

Report: Plastic is on track to become a bigger climate problem than coal 10-22-21

Corporations tried to blame you for the plastic crisis. Now states are turning the tables. 09-13-21

As recycling heads to the dump, Maine and Oregon have a new strategy: Make companies pay. Read more

Democrats will soon reveal how the Biden administration’s plans could cut U.S. climate pollution in half this decade. Is that goal even possible? Read more

Ocean bound plastic is plastic waste that is headed toward our oceans. Read more

Years of controversy, environmental violations, and a whole lot of poop Read more

Wood pellet manufacturing plants have underreported emissions at plants throughout the South, which are most often in Black and low-income communities. Read more at Southerly Magazine

It’s 6 miles as the crow flies from the childhood home of Michael Regan to the shuttered coal plant that helped light up this city of 35,000 people. Read more at E&E News