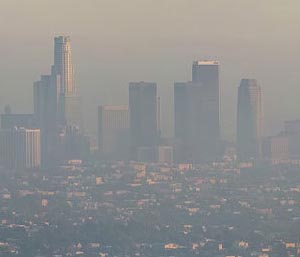 The EPA’s program for cleaning up the nation’s hazardous waste dumps has a backlog of sites that lack funding—the largest in 15 years. Read more at Inside Climate News

Out of the corner of my eye, I caught a glimpse of tiny 3-year-old Yair Basurto shuffling back and forth between a pile of grocery bags and a long line of cars waiting with open trunks. He and his father, Gonzalo, were loading food deliveries for farmworkers and other families in need in the parking lot of a Masonic temple in the coastal agricultural community of Oxnard, California. Read more at Grist

Traffic Is Way Down Because Of Lockdown, But Air Pollution? Not So Much 05-19-20

The world is on lockdown. So where are all the carbon emissions coming from? 04-27-20

Pedestrians have taken over city streets, people have almost entirely stopped flying, skies are blue (even in Los Angeles!) for the first time in decades, and global CO2 emissions are on-track to drop by … about 5.5 percent. Read more at Grist

Nearly half of America’s population lives in places where they are exposed to unhealthy air. For a deeper dive: NPR, CNN, ABC

Every human on Earth is ingesting nearly 2,000 particles of plastic a week. Read more at Rolling Stone

The legislation, to be introduced Tuesday, has little chance of becoming a law, but the effort shows the increased influence of environmental groups in taking on recycling issues. Read more at The New York Times

Because DEQ limited air monitor sites to meet EPA criteria, they were too far from hog farms to accurately measure their emissions. Read more at NC Policy Watch