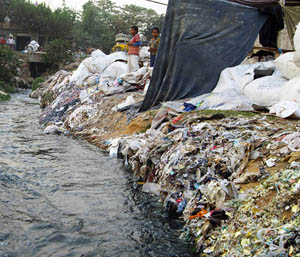 What factory farm owners portray as “normal odors” from animal waste can cause serious harm to farmers and the residents who live near these large industrial operations. Read more at Think Progress

WASHINGTON — An Environmental Protection Agency panel that advises the agency’s leadership on the latest scientific information about soot in the atmosphere is not listed as continuing its work next year, an E.P.A. official said. Read more at The New York Times

The toxic waste from coal-burning power plants contains arsenic and heavy metals. Days of torrential rain and flooding could weaken and collapse the impoundments.

Dozens of toxic coal ash piles across the Southeast are in the path of what is forecast to be days of torrential rains and flash flooding from Hurricane Florence. Read more at Inside Climate News

Toxic: Life in the shadows of major pollution sources 08-30-18

Tammie Smith has been back in North Birmingham’s Acipco-Finley neighborhood for just a year, but the 54-year-old has lived in that community nearly all of her life, except for 13 years when she lived in Louisville, Ky.

A pastor is resurrecting the Poor People’s Campaign, a movement started by Martin Luther King Jr. He sees the climate and environment as issues on par with poverty and racism.

GREENSBORO, N.C. — The air in the Shiloh Baptist Church was thick with the heat of human bodies. The crowd, a mix of black and white faces, filled the pews in what was ostensibly the black side of town, straining the capacity of this good-sized church. Read more at The New York Times

In at least 31 states, lawmakers and governors have introduced bills and orders since Standing Rock that target protests, particularly opposition to pipelines.

The activists were ready for a fight. An oil pipeline was slated to cross tribal lands in eastern Oklahoma, and Native American leaders would resist. The Sierra Club and Black Lives Matter pledged support. Read more at Inside Climate News

Legislation announced Monday focuses on big buildings, and it could set a new standard for cities around the world.

A top New York City lawmaker announced a bill Monday to mandate dramatic energy use cuts in big buildings, by far the biggest source of carbon dioxide, in a historic move that could set a new standard for cities around the world. Read more at HuffPost

California’s carbon emissions are back to where they were when Macaulay Culkin was battling burglars and MC Hammer first told us we couldn’t touch this. Read more at Grist

Seattle will develop a plan to toll city roadways as part of its efforts to reduce traffic congestion and greenhouse-gas emissions, Mayor Jenny Durkan said Tuesday. Details of what such a plan might look like are sparse, and will hinge on a tolling study focused on downtown neighborhoods that should have initial results later this year. Read more at The Seattle Times

With a Green Makeover, Philadelphia Is Tackling Its Stormwater Problem 03-29-18

In a major initiative, Philadelphia is building an extensive network of rain gardens, green roofs, wetlands, and other infrastructure to capture stormwater. The goal is to prevent runoff from overwhelming sewers and polluting waterways and to help green America’s fifth-largest city. Read more at Yale Environment 360

A toxic onslaught from the nation’s petrochemical hub was largely overshadowed by the record-shattering deluge of Hurricane Harvey as residents and first responders struggled to save lives and property. Read more at The Associated Press

Each year, the Earth’s trees suck more than a hundred billion tons of carbon dioxide from the atmosphere. That’s an impossibly huge number to consider, about 60 times the weight of all the humans currently on the planet. Read more at Grist

The rise of industrial-scale chicken houses on Maryland’s Eastern Shore in recent years has raised questions about their impact on residents’ health. Legislation pending in the General Assembly seeks to answer one of them: What are they putting into the air? Read more at The Baltimore Sun