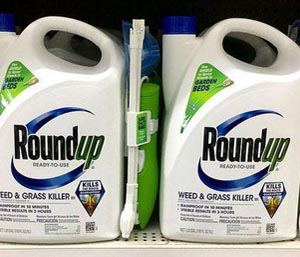 Pyrethroids, a type of pesticide commonly used in consumer products such as lice treatments and on conventionally grown crops, are associated with an increased risk of death, according to a new study in the journal JAMA Internal Medicine. Read more at Consumer Reports

A changing lawnscape: As environmentalism goes mainstream, America’s obsession with the lawn is cooling 09-25-19

It’s a warm summer afternoon in the suburbs, and the lush, verdant grass in everyone’s front yards seems to stretch on for miles. Underfoot of the barking dogs and running children is a thick mat of green wrapped around each house, pleasing to the eye and even better to walk on barefoot. Read more at the Chesterfield Observer

Over 100 wells on and near military bases in Virginia exceeded federal safety guidelines for contamination by toxic, firefighting chemicals used widely in Navy and Air Force training, according to military documents. Read more at Virginia Center for Investigative Journalism

With Regenerative Agriculture Booming, the Question of Pesticide Use Looms Large 09-05-19

Regenerative practitioners say that healthy soil eventually leads to reducing synthetic chemicals. But some advocates say those chemicals have damaging effects and should be addressed. Read more at Civil Eats

Shareholder advocacy organization As You Sow has withdrawn a resolution it filed in April, which called for General Mills to disclose evidence of efforts to reduce pesticide use. Read more a Twin Cities Business

The rapid and dangerous decline of the insect population in the United States — often called an “insect apocalypse” by scientists — has largely been driven by an increase in the toxicity of U.S. agriculture caused by the use of neonicotinoid pesticides, according to a study published Tuesday in the journal PLOS One. Read more at EcoWatch

When the pesticide DDT was finally banned in 1972 (thanks, Rachel Carson!), chlorpyrifos took its place. But one environmental win gave way to another public health problem: Studies showed that the new pesticide, used on crops like corn, soybeans, fruits, and also things like golf courses, was linked to cognitive problems in children. Read more at Grist

Elisa Rivera’s face swelled up, her eyes watered, and soon she was struggling to breathe.

The 39-year-old first started to feel ill when the smell of pesticides drifted from nearby Fresno county fruit orchards on a recent afternoon: “We experience this all the time. People get used to it.”Read more at Grist

More than 40 percent of insects could go extinct globally in the next few decades. So why did the U.S. Environmental Protection Agency (EPA) last week OK the ’emergency’ use of the bee-killing pesticidesulfoxaflor on 13.9 million acres? Read more at EcoWatch

Roundup’s Other Problem: Glyphosate is Sourced from Controversial Mines 06-24-19

As concern over the health and environmental risks of the most-used herbicide mount, the ecological impact of its sourcing from phosphate mines are equally problematic. Read more at Civil Eats

When it comes to banning harmful pesticides, the U.S. lags behind the European Union (E.U.), China and Brazil, according to a study published in the journal Environmental Health. Read more at EcoWatch

A third jury ruled that Monsanto‘s Roundup weedkiller caused cancer Monday, awarding a California couple more than $2 billion in damages. Not only is it the largest award in a Roundup trial to date, it is also the largest U.S. jury award this year and the eighth-largest product-defect award ever, Bloomberg reported. Read more at EcoWatch

True change can only be driven by revolutionary action and long-term radical organizing — not chemical collusion and compromise. Read more at Earth Island Journal

According to a new study published this week in the Journal of the National Cancer Institute, women exposed to the pesticide DDT are still at risk for developing breast cancer four decades later. Read more at Grist

American lawyers who successfully sued the makers of the glyphosate-based weed killer Roundup on behalf of a man dying of cancer say Canada is “dead wrong” to allow it to be widely used here. Read more at The Star

Bees face yet another lethal threat in dicamba, a drift-prone pesticide 01-28-19

California almond orchard in bloom with beehives. The shortage of beehives due to mite infestation and infection have doubled the price paid by orchardists to rent beehives to aid in orchard pollination. Read more at Grist