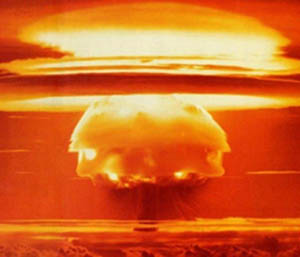 With 1.5 million residents now under orders to evacuate their homes in preparation for Hurricane Florence’s landfall in Virginia, North Carolina and South Carolina, the region faces the possibility of catastrophe should the storm damage one or more of the nuclear power plants which lie in its potential path. Read more at EcoWatch

Radioactive fracking chemicals dumped in the Allegheny River a decade ago are still showing up in mussels: Study 09-06-18

Chemicals from fracking wastewater dumped into Pennsylvania’s Allegheny River before 2011 are still accumulating in the bodies of freshwater mussels downstream, according to a new study. Read more at The Daily Climate

A senior official with America’s largest nuclear plant operating company is predicting a dim future for nuclear power in the U.S, according to S&P Global Platts. Read more at U.S. News & World Report

There’s something wrong with every source of energy. How do our nuclear nightmares compare?

Is it any wonder that nuclear power scares people? The word nuclear alone conjures up a parade of terrors: the sinister radiation, the whiff of apocalypse, and the tendency to go boom. Read more at Grist

Rachel Carson and the silent environmentalists 03-31-18

Rachel Carson spoke out against nuclear war. Why is the environmental movement so silent?

Rachel Carson, perhaps the greatest, and certainly the best known, environmentalist of the twentieth century, was deeply opposed to nuclear testing and nuclear war from at least 1946. Read more at Beyond Nuclear International

Seventy-five years ago, in March 1943, a mysterious construction project began at a remote location in eastern Washington state. Over the next two years some 50,000 workers built an industrial site occupying half the area of Rhode Island, costing more than $230 million—equivalent to $3.1 billion today. Read more at EcoWatch