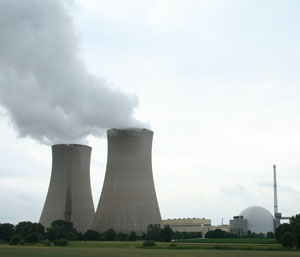 President-elect Donald Trump raised the prospect of a new global arms race on Thursday, after he suggested on Twitter he would increase the size of the U.S. nuclear arsenal. Read more on EcoWatch

The cause? A fertilizer company deep in the heart of phosphate country.

While it’s been touted by some energy experts as a so-called “bridge” to help slash carbon emissions, a new study suggests that a commitment to nuclear power may in fact be a path towards climate failure. Read more on EcoWatch

Rocky Flats: A Wildlife Refuge Confronts Its Radioactive Past 8-16-16

The Rocky Flats Plant outside Denver was a key U.S. nuclear facility during the Cold War. Now, following a $7 billion cleanup, the government is preparing to open a wildlife refuge on the site to the public, amid warnings from some scientists that residual plutonium may still pose serious health risks. Read more on Yale Environment 360

“Indian Point” is a film about the long problem-plagued Indian Point nuclear power plants that are “so, so risky—so close to New York City,” notes its director and producer Ivy Meeropol. “Times Square is 35 miles away.” Read more on Enformable

At the most contaminated worksite in America – the Hanford Nuclear Reservation near Richland – observers could assume workers don every necessary protective device, including breathing masks similar to what firefighters use. Read more on NBC King 5 Western Washington

A rising tsunami of U.S. nuke shut-downs may soon include California’s infamous Diablo Canyon double reactors. But it depends on citizen action, including a statewide petition. Read more on EcoWatch