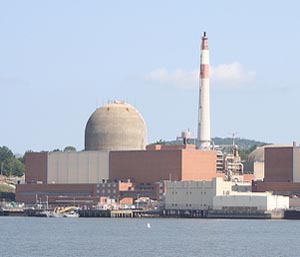 This U.S. Navy handout shows Baker, the second of the two atomic bomb tests, in which a 63-kiloton warhead was exploded 90 feet under water as part of Operation Crossroads, conducted at Bikini Atoll in July 1946 to measure nuclear weapon effects on warships. (U.S. Nave/Handout via Reuters) …Full article

Fusushima Today: A First-person Account From the Field and the Conference Table 8-26-15

It has been more than four years since the east coast of Japan was hit wtih a Magnitude 9 earthquake, followed by a massive tsunami and then the meltdown of 3 nuclear reactors. Design mistakes, a poor safety culture, and human error exacerbated the situation …Full article

5 years after the Fukishima disaster, yet another radioactive threat is raising its ugly head in the Pacific. It is the result of a dozen years of nucelar tests following WWII, now intersecting with rising sea levels due to global climate change …Full article

According to The New York Times, a sample of powdered tea imported from the Japanese prefecture of Chiba, just southeast of Tokyo, contained traces of radioactive cesium 137. 300 tons of radioactive water have been pouring into the Pacific every day. According to scientific sources, more than 30 times as much radioactive Cesium was released at Fukushima as was created at the bombing of Hiroshima …Full article

The catastrophe that began at Fukushima four years ago today is worse than ever. But the good news can ultimately transcend the bad-if we make it so. An angry grassroots movement has kept shut all 54 reactors that once operated in Japan. It’s the largest on-going nuke closure in history. Big industrial windmills installed off the Fukushima coast are now thriving …Full article

Sensors at the Fukushima nuclear plant have detected a fresh leak of highly radioactive water to the sea, the plant’s operator announced on Sunday, highlighting difficulties in decommissioning the crippled plant. Tokyo Electric Power Co (TEPCO) said the sensors, which were rigged to a gutter that pours rain and ground water at the Fukushima Daiichi plant to a nearby bay, detected contamination levels up to 70 times greater than the already-high radioactive status seen at the plant campus. TEPCO said its emergency inspections of tanks storing nuclear waste water did not find any additional abnormalities, but the firm said it shut the gutter to prevent radioactive water from going into the Pacific Ocean. Full article

From a dancing housewife to Homer Simpson and beyond, here are some memorable moments in the long grind to sell nuclear power to a wary public …more

In March of 2011, the aircraft carriers USS Ronald Reagan rushed to Japan to help after the disastrous tsunami. Since then, many sailors from that ship have fallen ill, possibly as a result of exposure to radiation from the Fukushima nuclear meltdown …Full article

Rachel Carson opposed open air nuclear testing from her earliest days as a biologist when she studied and opposed the first United States atomic bomb tests at Bikini Atoll in 1946. She warned repeatedly, as in her Scripps College Commencement Address in June,1962, that, “The once beneficent rains are now an instrument to bring down from the atmosphere the deadly products of nuclear explosions.”…more

On March 11, 2011, a magnitude 9 earthquake struck off the Pacific coast of Japan. Twenty minutes later, the first in a series of tsunami waves inundated a 1,200 mile swath of Japan’s northeastern coast, creating a humanitarian and material disaster. At the Fukushima Daiichi nuclear site, the initial earthquake toppled the offsite electrical grid system knocking out the supply of offsite AC power to the reactor. This set in motion what we now know as “Fukushima;” like Chernobyl, no longer a place name but synonymous with disaster …Full article

It is the latest setback for the nuclear industry that claims nuclear power is the low-carbon answer to climate change, but has not yet found a safe resting place for radioactive rubbish it creates when nuclear fuel and machinery reaches the end of its life.

This extraordinary legacy of dangerous radioactive waste is present in every country that has adopted nuclear power as a form of electricity production, as well as those with nuclear weapons. No country has yet solve the problem of how to deal with the waste that remains dangerous for thousands of years …full article

It’s a horrible thing when an organ of free speech is assaulted and journalists die. It will be an apocalyptic thing when it happens to an atomic reactor and whole continents are irradiated, with children first to suffer, a death toll in the millions and eco-economic impacts beyond calculation …Full article