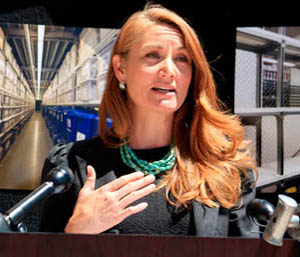 Maine’s rivers used to be among the country’s most polluted. The Clean Water Act, passed in 1972, changed everything. Read more

…with Republicans poised to control one or both chambers of Congress after next week’s midterm elections, the prospects for climate legislation on Capitol Hill look bleak. Read more

Tax the rich for climate action? Protect towns from floods? It’s on state ballots this November. 10-27-22

Two major climate initiatives in New York and California, and many more to watch at the local level. Read more

Beyond the Beltway, Civilian Climate Corps programs are flourishing in states across the country. Read more

The move delivers on a key priority for Sen. Michael Bennet, a Democrat battling for reelection Read more

For years officials have ignored their own completed plans for how to prevent these kinds of disasters from happening in the first place.

But if you want to buy an EV, the state is making it more affordable. Read more

Hurricane Ian was a powerful storm. Real estate developers made it a catastrophe. 09-30-22

The initiative will give hard-hit communities $3 billion to address pollution. Read more

The Kigali Amendment sets a timeline for the world to phase down the use of powerful greenhouse gases called hydrofluorocarbons. Read more

What life is like for the last residents of Staten Island’s Oakwood Beach. Read more

How Georgia and other Republican-led states are trying to benefit from the clean manufacturing boom. Read more

Utilities knew about climate change as early as the 1960s and misled the public in order to continue turning a profit. Read more

The most influential calculation in US climate policy is way off, study finds 09-01-22

“This is a historic moment for California, for our partner states, and for the world.” Read more

Democrats Designed the Climate Law to Be a Game Changer. Here’s How. 08-22-22

In a first, the measure legally defines greenhouse gases as pollution. That’ll make new regulations much tougher to challenge in court. Read more

Electric vehicles. Solar panels. Even farm improvements. Here’s a tip sheet on how to take advantage of the incentives and tax credits in the Inflation Reduction Act. Read more

“Companies don’t do anything out of the goodness of their hearts.” Read more

The Inflation Reduction Act is poised to give President Joe Biden another major legislative victory ahead of November’s midterm elections. Read more

In exchange for climate legislation, Joe Manchin was promised a pipeline. Will he get it? 08-04-22

Bruce Harrison developed the “Three Es” in the 1970s. Now the framing is everywhere. Read more

As inflation keeps driving up prices for poultry and beef, the government should ease spending on meat and pay farmers to plant beans. Read more

A brief history of how dark money and the country’s most powerful legal organization brought us to this point. Read more

The Supreme Court has issued one of the most important environmental rulings ever, which will make the battle against global warming even more difficult. Read more

Two House Democrats are pressing public relations and advertising firms on their work to improve the environmental images of fossil fuel companies, despite their role in the climate crisis. Read more

The federal government is considering a rule change that would make it harder for utility companies to recover trade association dues. Read more

In Hawaii, youth are suing over climate inaction 06-02-22

How outdated zoning codes are fueling the sprawl of e-commerce warehouses. Read more

Summer Lee made environmental justice and a green transition a central part of her campaign. Read more

The new law will protect tens of thousands of workers from illness and death when temperatures soar past 80 or when the air becomes clogged with wildfire smoke. Read more

Communities near polluting sites tend to be disproportionately lower income and people of color — populations that are more likely to need abortion care in the first place. Read more

These Republican states are passing clean energy bills in the name of freedom and economics. Read more

The race, which is back in the national spotlight because of the leaked draft Supreme Court opinion overturning Roe v. Wade. Read more

A new Office of Environmental Justice is announced 05-06-22

Under a new energy code, most new commercial and large multifamily buildings will have to install heat pumps. Read more

The order, which the president will sign Friday in Seattle, aims to slow climate change by storing carbon in trees Read more

ON THE FIRST EARTH DAY, in 1970, America’s TV networks were not shy about taking a position on the news of the day. Read more

FEMA’s new flood insurance system is sinking waterfront homeowners. That might be the point. 04-20-22

Premiums are ballooning in states like Florida and Louisiana — and adaptation measures won’t bring costs back down. Read more

They derailed climate action for a decade. And bragged about it. 04-15-22

Scientists identify the missing ingredient for climate action: Political will. 04-08-22

According to a new report, the chances are high. Read more

‘We are unstoppable’: Youth climate strikes return in full force. 03-28-22

Sen. Jon Tester (D-Mont.) has something in common with Sen. Joe Manchin III (D-W.Va.): They both hail from red states that President Biden lost to Donald Trump in the 2020 election. Read more

And this isn’t her first rodeo in political funding. Read more

With most of the president’s climate agenda stalled in Congress, every ounce of climate spending counts. Read more

Sarah Bloom Raskin had been stuck in the Senate Banking Committee amid a GOP boycott of a committee vote on her nomination. Read more

“Throughout 2021, we bore witness to the devastating impacts of the climate crisis, further illustrating why transformational action cannot wait,” the 89 lawmakers wrote. Read more

Senator Sheldon Whitehouse is pitching a steep new tax on oil companies, such as Chevron Corp. and Shell Plc, as part of a broader plan to mitigate the impact of inflation on middle-income families. Read more

Some lawmakers want to pair a Russian oil embargo with climate action. Will it work? 03-08-22

A chorus of bipartisan support emerged on Capitol Hill on Monday for fast-tracking legislation to halt U.S. imports of Russian oil following the Kremlin’s unprovoked invasion of Ukraine. Read more

UN report could change the conversation on ‘loss and damage’ at November’s climate negotiations. 03-02-22

Here’s what Republicans had to say about it. Read more

It’s an open secret on Capitol Hill that congressional staffers do a lot of the work that their bosses get recognized for in the press. Read more

This senator thought he had given his 279th and final speech on climate change. He was wrong. 02-03-22

A judge ruled that the Interior Department must consider the climate effects of oil drilling in the Gulf of Mexico before awarding leases. Read more

EDITORIAL: The peril from climate change crosses political lines, just like the Marshall Wildfire did 01-02-22

A woman reacts to seeing the remains of her mother’s home destroyed by the Marshall Wildfire in Louisville, Colo., Friday, Dec. 31, 2021. Read more