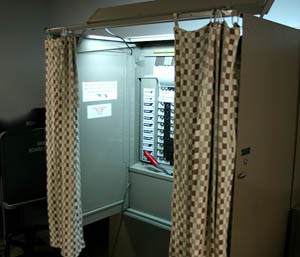 The cap part of California’s cap-and-trade program gets a lot of love. It place hard limit on emissions, which benefits everyone. The trace part, however, has its detractors—and with good reason. Plenty of communities in the state, largely communities of color, still suffer from disproportionate pollution. In short, a log of the good that’s created for by by the cap is negated for some people by the trade …Full article

In the face of a court challenge from a broad coalition of environmental and community groups and massive community opposition, the Dept. of Environment Conservation halted Global Companies’ proposed expansion of its massive Albany oil train facility to handle tar sands oil. The expansion would have allowed Global to pump tar sands oil out of railcars, store and heat it in storage tanks on-site at the Port of Albany, and transfer the oil onto barges for transport down to the Hudson River to East Coast refineries …Full article

As Opposition to Offshore Drilling Mounts, Activists to Join “Hands Across the Sand” for Annual International Day of Action 5-14-15

Ocean activists kicked off the 5th Annual Hand Across the Sand International Day of Action, by joining hands in front of the Capitol Reflecting Pool in a symbolic gesture to oppose the expansion of offshore drilling to the Atlantic and Arctic oceans …more

Protesters to Join Hands Against Oil and Coal 5-11-15

North Carolinians will take 15 minutes Saturday to join hands with strangers in a peaceful demonstration against fossil fuels. The event, known as Hands Across the Sand, will take place in different states and countries around the world. “What it does is it creates an amazing, powerful image,” said Dede Shelton, executive director of Hands Across the Sand. “We send this image to elected officials so they see people won’t want this to happen” …Full article

This speech, by Derb Carter, Director of the Southern Environmental Law Center, focuses on the damage being inflicted on North Carolina’s environment by the state’s General Assembly and current state administration. Budget cuts, the repeal of longstanding legislation and sweetheart deals with polluters have all contributed to increasing damage to North Carolina’s beautiful mountains, coast, rivers and natural areas …more

Nineteen Yale students were arrested by Yale police yesterday following a day-long sit-in that called for the university to reopen the conversation on fossil fuel divestment. Yale is one of the first schools where a fossil fuel divestment action has led to arrest. “Yale would rather arrest its students than re-engage in the conversation” said Fossil Free Yale Project Manager Mitch Barrows …Full article

An April snowpack assessment in California, which set an all-time record for lowest snowpack levels in the state’s history, finally spurred governor Brown’s office to issue an executive order to residents and non-agricultural businesses to cut water use by 25% in the first mandatory statewide reduction in the state’s history. Some groups have been exempted from the water restrictions, specifically big agriculture which uses about 80% of Caiifornia’s water, and oil companies …Full article

The new rules are released following a 4-year process that included more than 1.5 million public comments. The Bureau of Land Management claimed they would “support safe and responsible hydraulic fracking on public and American Indian lands.” Drilling has been occuring on federal lands for years with more than 100,000 wells in existence. However, following the fracking book of the last 2 decades, more than 90% of new drilling operations involve that process, evading the regulations of 30 years ago …Full article

The Interior Department’s Bureau of Ocean Energy Management’s new five-year offshore drilling strategy calls for opening the offshore stretch from Virginia to Georgia, an area the energy industry says could hold large amounts of oil and gas. The Obama administration proposes an unprecedented opening of the waters off the Atlantic coast for oil and natural gas drilling …Full article