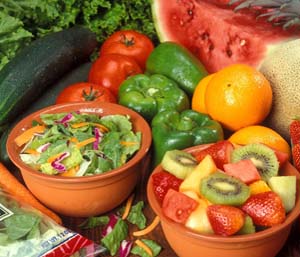 Dr. Karen Relucio has heard reports of people digging into the ashes of their burned homes in recent days without gloves, wearing only shorts and T-shirts, looking for sentimental items that might have survived California’s horrific wildfires. And as the chief public health officer in Napa County, one of the hardest-hit places, she has used her office as a bully pulpit to urge them to stop, immediately. Read more at The New York Times

Most mornings, when his 7-year-old son Ryan gets up for school at 6:55, Bryan Latkanich is still awake from the night before, looking online for another home in some part of Pennsylvania with good schools and good water. Read more at Inside Climate News

This story was originally published by Food and Environment Reporting Network.

Antibiotic-resistant infections—everything from gastrointestinal illnesses to recurring urinary tract infections and staph—are among the most menacing issues in public health today, sickening 2 million people a year and killing at least 23,000, according to the Centers for Disease Control and Prevention. Read more at Mother Jones

To the residents of Donora, Pa., a mill town in a crook of the Monongahela River, the daily haze from nearby zinc and steel plants was the price of keeping their families fed. But on October 27, 1948, the city awoke to an unusually sooty sky, even for Donora. Read more at Science News

‘The sheer size of the study, and the meticulous way it has been carried out, suggest that there is an environmental hazard for mothers resident in an area with large scale pesticide usage’ Read more at The Independent

Before the Environmental Protection Agency issued its March 29 decision to reverse a proposed ban on the pesticide chlorpyrifos, the agency considered information from industry groups that wanted to keep it on the market, according to internal agency documents. But the heavily redacted documents may be most notable for what they do not include. Read more at The Intercept

The pipeline that TransCanada wants to build is short, 3.5 miles, cutting through the narrowest part of Maryland. It would duck briefly under the Potomac River at this 1,500-person town, bringing what business leaders say is much-needed natural gas to the eastern panhandle of West Virginia. Read more at the Washington Post

For years, Vietnam vets and their widows have been pushing the VA to extend benefits to those exposed to the toxic herbicide and later stricken with glioblastoma. The VA has said no, but advocates hope the agency will now revisit the issue. Read more at ProPublica

California is officially adding glyphosate, the key ingredient in Monsanto’s Roundup herbicide, to the state’s list of chemicals and substances known to cause cancer. Read more at EcoWatch

More than 1 million people in the region have been exposed to unsafe drinking water in recent years from pesticides, arsenic, nitrate and uranium. And many communities also face multiple environmental health threats. Read more at News Deeply

Recently, Organic Consumers Association, along with Friends of the Earth and Center for Food Safety filed suitagainst chicken giant Sanderson Farms for falsely marketing its products as “100% Natural” even though they contain many unnatural and even prohibited substances. Read more at EcoWatch

The EPA requires public water systems to monitor their drinking supplies frequently and limit the amounts of the contaminants that the federal government regulates. But people who own their wells shoulder all that responsibility themselves, whether or not they know it. Read more at North Carolina Health News

Bacteria from large-scale industrial hog farms in North Carolina are contaminating the homes, lawns and air of nearby private homes, according to new evidence. Read more at Environmental Health News

In 2015, the EPA released an update to the “worker protection standard” that shields farmworkers from insecticide poisoning — the first update in a quarter century. Now it’ll be pushed back for an indefinite period. Read more at Grist

“Anybody that was exposed, we encourage them to seek medical attention immediately,” a California public health official stated. Read more at Mother Jones

Old growth forests are increasingly rare in US cities—protecting these health-boosting relics from bulldozers, invasives and apathy is no easy feat. Read full article at Environmental Health News

A cloudy suspension of smog particles, collected near a Los Angeles, California, freeway, will be turned into an aerosol and piped into tanks holding laboratory mice. Read more on Science Magazine