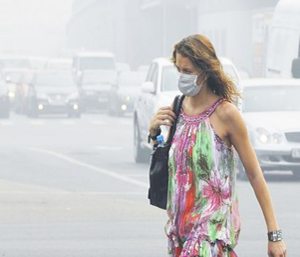 The enormous numbers of animals concentrated in industrial pig farms are changing the pattern of flu seasons, by providing flu viruses a place to jump between humans and animals and multiply faster than they otherwise would, according to new research from North Carolina. Read more on Fern’s AG Insider

Hispanics often face elevated cancer and asthma risks due to emissions, according to a new report. Read more on Think Progress

Report: Tens of Thousands of Californians Exposed to Arsenic in Drinking Water 9-12-16

An environmental group says the state is failing to warn poor communities that their water is contaminated. Read more on takepart

Health and neighborhood are too often linked. These people are out to change that. 8-25-16

Across the U.S. people are trying to reduce inequities in how environment affects physical well-being. Read more on ensia

A new study out today from Johns Hopkins in Environmental Health Perspectives revealed associations between fracking and various health symptoms including nasal and sinus problems, migraines and fatigue in Pennsylvanians living near areas of natural gas development. Read more on EcoWatch

New study in the heart of Pennsylvania’s fracking region shows increase in severity of asthma ong residents exposed to most active wells. Read more on Inside Climate News

Creosote was one of numerous toxic materials handled at the various industries that have operated here over the decades. Industry brought needed jobs, but in many cases contamination remained after the factories closed. Read more on Coastal Review Online

Opinion: The case for a child-centered energy and climate policy 6-21-16

Children suffer the most from fossil fuel burning.

Fossil fuel combustion and associated air pollution and carbon dioxide (CO2) is the root cause of much of children’s ill health children today as well as their uncertain future. Read more on Environmental Health News

Can we actually make a difference by changing the way we eat? 4-20-16

You’ve probably seen the statistic: According to the United Nations, we’ll need to produce 70 percent more food by 2050 to feed ourselves. That goal of increasing production by 70 percent, which is just as daunting as it sounds, is called the “food gap.” …Full article

How tainted well water and conflicting health information have turned one North Carolina family’s life upside down ” We just want to be able to look at our water and not fear turning on the faucet.”-Deborah Graham …Full article

Being in close proximity to fracking operations could screw up your sexual health, cause developmental defects and cancer, induce seismic activity around you, and the list goes on …Full article

Interactive Map: The Most Polluted States in America 3-30-16

Nebraska is on the list of most polluted states in America. See how it “stacks” up with those even more polluted and what the statistics show about pollution in your state Using data from the Centers for Disease Control and Prevention. …Full article and map

As a cancer epidemiologist, I’ve spent a lot of time researching the links between environmental contaminants and cancer. One of the pitfalls of the Digital Age is that people come across a lot of information that isn’t based on sound scientific evidence or is, at best, anecdotal …Full article

I’m a climate scientist who has just been told I have Stage 4 pancreatic cancer This diagnosis puts me in an interesting position. I’ve spent much of my professional life thinking about the science of climate change, which is best viewed through a multidecadal lens. ...Full article