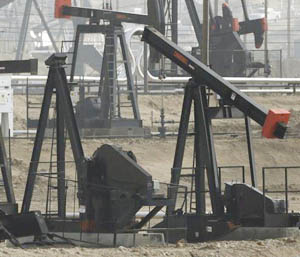 Until this year, methane hadn’t received the attention it deserved for being a huge source of greenhouse gas in the atmosphere, despite being nearly as much to blame as carbon for overheating the planet. Read more

Why call it a pipeline when you could call it “an infrastructure”? Read more

Meet BOGA, the Beyond Oil and Gas Alliance. Read more

Richest 1% will account for 16% of total emissions by 2030, while poorest 50% will release one tonne of CO2 a year Read more

Few are household names, yet these 12 enablers and profiteers have an unimaginable sway over the fate of humanity. Read more

Whatever long game the Biden administration hopes to play, the planet is telling us that we are going into the fourth quarter with no promise of overtime. Read more

The announcement of decisions made in the last several years comes after years of student activism. Read more

Enbridge Energy announced this week that the construction of the Line 3 pipeline has been completed, and oil will start flowing Monday. Protesters have fought the pipeline since Minnesota regulators approved the project back in 2015, arguing against its violation of Indigenous rights, harm to waterways and wild rice, and climate impact. Read more

Scientists estimate the pipeline could generate $41 billion in climate damages between 2027 and 2070. Read more

A new report has found that since the 2015 signing of the Paris agreement, more than 75% of the world’s planned coal plant projects have been scrapped, and 44 countries have no future coal plans whatsoever. Read more

Following years of public pressure, Harvard said Thursday it would allow its remaining investments in the fossil fuel industry to expire, paving the way for it to eventually divest from the sector. Read more

A company planning to bring one of two natural gas-fired power plants to Charles City County, VA, said this summer it is abandoning the projects. Read more

In this historic Black farming community, some want renewables instead. Read more

A report found that the ads peaked when politicians were poised to act on climate. Read more

“We get these narratives that the fossil fuel unions are against climate action. I think it’s a lot more complicated than what we hear.” Read more

Pipelines Leak, Colonial Could Pay For Its NC Damages 07-11-21

Following a massive gasoline leak in Huntersville, North Carolina, Colonial Pipeline could face a daily fine of $200,000 if it doesn’t improve how it detects leaks. Read more

Keystone XL is history. What about the other pipelines? 06-14-21

Activists say Biden needs to do more on pipelines to uphold his climate promises. Read more

Restoring land around abandoned oil and gas wells would free up millions of acres of forests, farmlands and grasslands 06-08-21

Yesterday, the Department of the Interior moved to suspend all oil drilling leases in the Arctic National Wildlife Refuge, undoing a highly contested move made by the Trump administration last year. Read more

A group of investors is attempting to displace four members of the ExxonMobil Board of Directors in the Board election at the annual meeting to be held on Wednesday. Read more

Coal-dependent towns and regions are working to not just replace coal, but to build stronger and healthier communities with economies that don’t exploit people or the planet. Read more

In public, Eversource Energy likes to tout its carbon neutrality goals and its investments in offshore wind. Read more

A new list from the Environmental Integrity Project (EIP) shows that last year, thirteen U.S. oil refineries emitted more of the cancer-causing chemical benzene than was permitted by the government. Read more

For decades now, rhetoric around action on climate change has been about things like saving the planet, or saving polar bears. Read more

The biomass industry is warming up the South’s economy, but many experts worry it’s doing the same to the climate. Will the Biden Administration embrace it, or cut it loose? Read more at Politico

A new legal strategy could give Harvard the kick it needs to divest. Read more at Grist

As coal dies, the US has no plan to help the communities left behind 03-03-21

The Delaware River Basin, a 13,539-square-mile area bisected by a sparkling riverthat stretches from New York’s Catskill Mountains to the Delaware Bay, is officially closed to fracking. Read more at Grist

The key to making sound climate policy? Rein in (or win over) utilities monopolies. 03-02-21

Now that we’ve had a couple weeks to process all that went wrong in Texas, people are paying more attention to the national electricity landscape, how it functions, and who’s in charge. Read more at Grist

Dores Divest’s 14-foot-mystical creature, an orange unicorn, made an appearance on Library Lawn at 2 p.m. CST and marched with students to Kirkland Hall. Read more at Vanderbilt Hustler

It’s a glimpse of what lies ahead if the United States hopes to wean itself off fossil fuels and clean up the toxic legacy of oil, gas and coal. Read more at Reuters

Contributing more to the U.S.economy and getting less in return. Read the full Ohio River Valley Institute Report. Click here to read the full report

In early 2020, Wilson Truong posted on the NextDoor social media platform—where users can send messages to a group in their neighborhood—in a Culver City, California, community. Writing as if he were a resident of the Fox Hills neighborhood. Read more at Mother Jones

Advocates and experts point to a long-standing pattern of corporate influence on the nation’s ‘go-to source of nutrition advice.’ Read more at The Conversation

Since November, Henn has been leading an effort to pressure his colleagues in advertising and PR to drop their petro clients. Read more at Grist

The president promised to create a task force on how best to help the communities. Advocates want that and new jobs, broadband internet and funding for health and education. Read more at Inside Climate News

For decades, the potential for a nuclear catastrophe felt like a waking threat, just around the corner. Read more at Grist

Creighton University announced it plans to phase out all investments in fossil fuels from its $587 million endowment within the next 10 years and target new investments in sustainable energy. Read more at EarthBeat