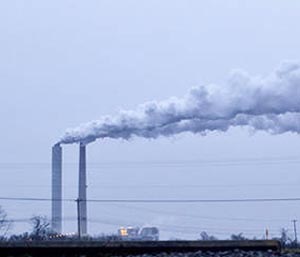 The fund will divest from many fossil fuels in the next five years and sell its shares in other companies that contribute to global warming by 2040. Read more at The New York Times

While natural gas has been touted as a solution to the world’s fossil fuel problem, a new analysis by NRDC shows that the U.S’ exports of liquified natural gas (LNG) will only worsen global warming. Read more at Our Daily Planet

The city of San Jose, CA will become the largest city in the United States to ban natural gas from all new construction. Read more at Our Daily Planet

Environmentalists argue the state is ignoring its commitment to renewable energy and brushing aside the pipeline’s potential impact on the low-income communities it would go through. Read more The Washington Post

They are rushing the process to auction off oil and gas drilling rights there before President Trump leaves office on January 20th. Read more at Our Daily Planet

As the Mariner East pipelines become a permanent underpinning of Pennsylvania, secrecy and a patchwork of emergency plans have left many communities in the dark about what to do in case of an accident. Read more at Spotlight PA

Particles released by drilling could damage the health of nearby residents, say scientists. Read more at The Guardian

Alongside California Governor Gavin Newsom’s headline-making announcement last week that he would ban the sale of gas-powered cars by 2035, he also said he supported a ban on new fracking permits by 2024. Read more at Grist

Defund or Defend? In the Fight Over Fossil Fuel Investments, Who’s Winning? 09-21-20

In reversal, Trump to ban oil drilling off coasts of Florida, Georgia and South Carolina 09-08-20

The move comes after the White House previously proposed a huge expansion of drilling off U.S. coasts. Democratic and Republican governors have resisted offshore oil exploration Read more at The Washington Post

They are the hulking cars that have conquered the world. Spreading from the heartlands of the U.S. to a new generation of eager buyers in China to dominate even the twisting, narrow streets of Europe. Read more at Grist

Exxon Touts Carbon Capture as a Climate Fix, but Uses It to Maximize Profit and Keep Oil Flowing 08-27-20

The company sells the CO2 to other companies that use it to revive depleted oil fields and has relentlessly fought EPA oversight of the practice. Read more at Inside Climate News

The fossil fuel divestment movement won a significant victory on Friday: Harvard University alumni elected three new divestment-focused members to the school’s Board of Overseers, the governing body with a say over who controls the school’s $40.9 billion endowment. Read more at Grist

The US has everything it needs to decarbonize by 2035. Read more at Vox

Oil and gas companies are hurtling toward bankruptcy, raising fears that wells will be left leaking planet-warming pollutants, with cleanup cost left to taxpayers. Read more at The New York Times

Although it produces fewer greenhouse gas emissions and other pollutants than coal or oil, natural gas is a major contributor to climate change, an urgent global problem. Read more at EcoWatch

The Atlantic Coast Pipeline is officially dead as of Sunday, and the Supreme Court delivered another blow to the troubled Keystone XL Pipeline on Monday. Read more at Grist

As coal declines and wind and solar energy rise, some are pushing to limit the use of natural gas, but utilities say they are not ready to do so. Read more at The New York Times

The Atlantic Coast Pipeline is dead, abandoned by Dominion Energy and its partner, Duke Energy, after the $8 billion project reached a regulatory dead end. Read more at the Richmond Times-Dispatch

The two energy companies behind the controversial, 600-mile Atlantic Coast Pipeline abandoned their six-year bid to build it on Sunday, saying the project has become too costly and the regulatory environment too uncertain to justify further investment. Read more at The Washington Post

George Washington University on Monday became the latest U.S. school to announce it will fully divest its endowment from fossil fuel holdings. Read more at The Hill

The Trump administration wants to open up 82 percent of an Alaska reserve for oil and gas leasing, it announced on Thursday. Read more at The Hill

“Our energy economic is trending toward wind and solar,” said Erin Carey, director of coastal programs for the NC chapter of the Sierra Club. “This is inline with propping up a dirty industry.” Read more at NC Policy Watch

The Vatican urged Catholics to closely consider where they invest their money and to take a close look at the environmental impact of the companies they may be shareholders in, as Reuters reported. Read more at EcoWatch

It was an audacious messaging campaign: White environmentalists are hurting black communities by pushing radical climate policies that would strip them of fossil fuel jobs. Read more at E&E News

More than 100 scientists, including several based in North Carolina, are urging the president and Congress to stop plans to expand offshore drilling. Read more Coastal Review Online

The COVID-19 pandemic has overwhelmed tribal communities in New Mexico, where Native Americans comprise about 11 percent of the state’s population but a staggering 56 percent of its recorded COVID-19 cases. Read more at Grist

New York state has rejected the controversial Williams pipeline that would have carried fracked natural gas from Pennsylvania through New Jersey, running beneath New York Harbor and the Atlantic Ocean before connecting to an existing pipeline system off Long Island. Read more at EcoWatch

Harvard Didn’t Divest From Fossil Fuels. So What Does its ‘net-zero’ Pledge Mean? 05-05-20

In the lead-up to Earth Day, two wealthy, world-renowned universities made historic decisions about their relationships with fossil fuel companies and commitments to tackling climate change. Read more at Grist

At the behest of student activist raising awareness about the climate crisis, universities around the world have recently been pulling their investments from the fossil fuel industry. Read more at EcoWatch

As investment giant BlackRock pulls back from coal, NGOs urge the same for biomass energy 04-17-20

Responding to intense pressure from investors and environmental activists, BlackRock, the world’s largest asset manager, signaled in January that it would reduce investments in coal for energy generation. Read more at Mongabay

Harold Sturgill, a 60-year-old retired miner who was diagnosed with black lung in 1998: “They’re crooks.” Read more at EcoWatch

The struggling U.S. oil industry got no special bailout in the huge coronavirus stimulus package signed by President Trump on Friday. Read more at The Washington Post

The Trump administration is moving full-steam ahead to allow more drilling for oil and natural gas on public lands — despite the precipitous drop in petroleum prices now undercutting their value. Read more at The Washington Post

The world’s biggest lender to fossil fuel projects just took a baby step toward curbing that investment. Read more at The Washington Post

The Energy 202: Utah’s Slickrock Trail is ‘the most famous bike trail in the world.’ The Trump administration may lease it for oil. 02-19-20

It’s one of the best-known mountain biking trails in the world. But the Trump administration may lease it for oil and natural gas drilling. Read more at The Washington Post

Oil and gas production may be responsible for a far larger share of the soaring levels of methane, a powerful greenhouse gas, in the earth’s atmosphere than previously thought, new research has found. Read more at The New York Times

On a recent soggy Wednesday evening, dozens of West Virginians packed a conference room inside the Charleston Coliseum and Convention Center to discuss the need for a “just transition” for coal-impacted communities. Read more at Ohio Valley Resource

Some of the world’s largest financial institutions have stopped putting their money behind oil production in the Canadian province of Alberta, home to one of the world’s most extensive, and also dirtiest, oil reserves. Read more at The New York Times

But despite the gusher of Big Carbon profits, like all natural gas infrastructure proposed or under construction, the ACP is a risky project both financially and in its direct effect on the landscapes and communities through which it will run. Read more at The Week

What started as a single protest against the law firm Paul, Weiss, Rifkind, Wharton & Garrison LLP by law students from Harvard University last month is now growing into a movement. Read more at Grist

The USMCA is a cornucopia of free-trade provisions for oil and gas companies. One environmentalist calls it “a climate failure any way you look at it.” Read more at The Washington Post

The USMCA is a cornucopia of free-trade provisions for oil and gas companies. One environmentalist calls it “a climate failure any way you look at it.” Read more at Inside Climate News