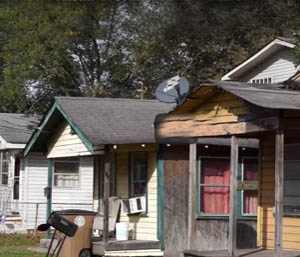 Fifty years ago Sunday — Christmas Eve 1967 — the Rev. Dr. Martin Luther King Jr. stood in his pulpit at Ebenezer Baptist Church in Atlanta and told the congregation that in order to achieve peace on earth, “we must develop a world perspective,” a vision for the entire planet. Read more at The New York Times

On September 15, 1982, high-profile protests over the siting of a toxic waste dump in Afton, North Carolina – an overwhelmingly African American town an hour northeast of Raleigh – set in motion a wave of reforms to prevent polluters from targeting people of color and the poor. Read more at Southeast Energy News

The impacts of racism and segregation continue to reverberate in the health of communities of color—and one of the starkest disparities is in diabetes rates.

Strikingly, a growing body of research suggests that toxics may be partly to blame. Read more at Environmental Health News

The impacts of racism and segregation continue to reverberate in the health of communities of color—and one of the starkest disparities is in diabetes rates. Read more at Environmental Health News

In North Carolina, hog workers are Guinea pigs of antibiotic resistance and the state’s industry titans consistently battle with neighbors in court. In Iowa, a bipartisan undercurrent of rebellion is pushing for local control and a re-imagining of 21stCentury farm life. Read more at Environmental Health News

Hundreds of leaders from fast-food chains, marketing agencies and poultry production companies recently gathered in North Carolina for the 2017 Chicken Marketing Summit to play golf and figure out how to make you eat more animals. Read more at EcoWatch

Alberto Navarro Munoz had been working on the farm for only two weeks when he encountered one of the most gruesome hazards that a dairy worker can face. His tractor tipped over into a pit of cow manure, submerging the Mexican native under several feet of a “loose thick somewhat liquid-like substance,” according to the police report documenting his death in southern Idaho Read more at The Washington Post

Hurricane Irma knocked millions of dollars worth of oranges and grapefruits to the ground. Its high winds mowed down thousands of acres of sugarcane, toppled nursery plants, and decimated the avocado crop.

The damage will cost the state’s agricultural industry billions, but for the migrant workers who pick these crops and work in the fields, the storm means real hardship that will test lives already on the edge. Read more at Inside Climate News

Environmental justice (EJ) is at the nexus of many issues and institutions the Trump administration has promised to dismantle—climate science, environmental protections, and industrial regulation. Click here to read full article

Deep in the winding mass of crumbling back streets in Campti, Leroy Hayes sets a glass of water from his faucet in a patch of sunlight on the railing of his porch and watches specks of sediment float to the top.

Hayes said the town’s water system has been bad for years, with water often coming out brown and smelling like bleach. The family uses bottled water for drinking and cooking and often has to drive to the city of Natchitoches, 11 miles away, to wash their clothes. The Campti water leaves their clothes with a yellowish tint.

As people nationwide rallied last year to support the Standing Rock Sioux’s attempts to block the Dakota Access Pipeline, a private security firm with experience fighting in Iraq and Afghanistan launched an intrusive military-style surveillance and counterintelligence campaign against the activists and their allies, according to internal company documents. Read more at Grist

The head of the environmental justice program at the Environmental Protection Agency has stepped down, departing the government with a lengthy letter to Scott Pruitt, the EPA’s new administrator, urging him not to kill the agency’s programs. Read more at Inside Climate News.

Planned cuts at the Environmental Protection Agency are set to fall heaviest upon communities of color across the US that already suffer disproportionately from toxic pollution, green groups have warned. Read more at The Guardian.