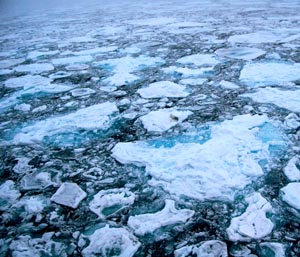 Drawing people into cities could cut emissions and combat housing crises. But even progressives are hard to convince. Read more

As it stands, a property’s elevation and whether it has a 1% annual chance of flooding factor into the flood insurance risk rating. Read more

We once saved natural landmarks for their beauty—now it’s for survival, too. Read more

‘There are still no projects operating anywhere in the world that have delivered on time, on budget, or in the quantities promised.’ Read more

To tackle climate change and save lives, the Biden Administration needs to support bike- and pedestrian-friendly streets. Read more

I Moved to Portland Because It Seemed Like a Safe Bet in the Face of Climate Change. I Was Naïve 06-29-21

For Florida’s corals, no escape from climate change 06-28-21

Some corals will be able to migrate poleward to escape rising temperatures. But scientists say Florida’s reefs have nowhere to go. Read more

For flood-prone cities, seawalls raise as many questions as they answer 06-23-21

Everybody has heard the old cliché, “It’s the canary in a coal mine.” But how about the new and improved version? Be prepared to start using “Like a Veery in hurricane season.” Read more

The Gullah/Geechee Nation of the south Atlantic coast is one of the most climate-threatened peoples in the world. Read more

Climate Change Has Central Americans Fleeing to the U.S. 06-08-21

José Mario Antonio Milla can remember a time when he could count on the rain. In La Laguna, a hamlet of about 60 families in western Honduras, showers used to start at the end of April and continue through November, ensuring a healthy harvest of corn to feed his family. Read more

Global emissions dropped last year, but the decline wasn’t nearly enough to halt the buildup of greenhouse gases in the atmosphere. Read more

Yesterday, the International Energy Agency–an international energy forum comprised of 29 industrialized countries under the OEDC – issued a comprehensive roadmap of what it would take for the world to reach net-zero emissions by 2050 while keeping to the 1.5C goal. Read more

“This rule that was designed to prevent you from counting carbon twice has effectively become a rule in which no carbon is counted at all.”—
Cameron Oglesby. Read more

Interstate water disputes are as American as apple pie. States often think a neighboring state is using more than its fair share from a river, lake or aquifer that crosses borders. Read more

Despite Tensions, U.S. and China Agree to Work Together on Climate Change 04-17-21

The two countries said they would treat global warming “with the seriousness and urgency that it demands.” Read more

With the annual proxy season about to kick off, corporate executives are encountering increasing investor scrutiny about their environmental policies. Read more

Protecting forests is an essential strategy in the fight against climate change that has not received the attention it deserves. Read more

Investors managing $54 trillion are turning up the pressure on top emitters. Read more at Grist

Heavy rains are part of the winter wet season in Hawaiian Islands. But the downpours triggering flooding that destroyed homes and bridges and set off mass evacuations on multiple islands this week are also an example of the more intense rainstorms officials and climate scientists say are occurring more frequently as the planet warms. Read more at AP News

Unsustainable and privatized agriculture and food production is responsible for approximately 26% of global greenhouse gas emissions. Read more at Our Daily Planet

Northeast US: Walking, Biking Could Save Billions, Lives 03-01-21

Investing in walking and biking, coupled with proposed emissions caps, could save hundreds of lives and billions of dollars each year in the Northeast United States. Read more at Futurity

It was likely too much to hope that the Biden Administration, as it tries to get a handle on climate change, might find some help from Wall Street. Instead, last week, we saw financial heavyweights turn in a performance so rigid and so short-sighted that it makes one wonder whether capitalism in anything resembling its current form can, or should, survive. Read more at The New Yorker

Many big businesses have not set targets for reducing greenhouse gas emissions. Others have weak goals. Read more at The New York Times

The U.S. has marked its return to the Paris Agreement by urging countries to do more to confront the climate crisis, with America’s climate envoy, John Kerry, warning that international talks this year are the “last, best hope” of avoiding catastrophic global heating. Read more at Grist

Protecting forests is an essential strategy in the fight against climate change that has not received the attention it deserves. Read more at The Conversation

Contributing more to the U.S.economy and getting less in return. Read the full Ohio River Valley Institute Report. Read more at Mongabay

The avocado in your Super Bowl guacamole is bad for the environment. You can make it better. 02-04-21

This Super Bowl Sunday will be different. Instead of at a party, I’ll be at home alone with my husband. And we’ll be paying more than four times as much for our guacamole. Read more at The Washington Post

Declaring a national emergency would give the president more powers to combat climate change and divert funding toward green policy without going through Congress. Read more at Our Daily Planet

Researchers say “proforestation” policies are the fastest and most effective way to draw excess CO2 out of the atmosphere. Read more at Environmental Health News

Joe Biden is preparing to deal with climate change in a way no U.S. president has done before Read more at EcoWatch

The Arctic is changing faster than any environment on Earth. The old order is being swept away, leaving scientists to ask: What’s coming in its place? Read more at ABC News

Cambridge, Massachusetts, has become the first U.S. city to mandate the placing of stickers on fuel pumps to warn drivers of the resulting dangers posed by the climate crisis. Read more at Grist