Politics and the Pandemic: Climate Solutions in the US and North Carolina 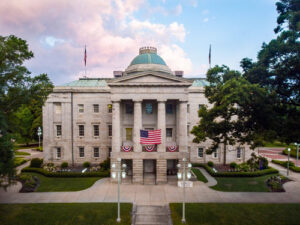 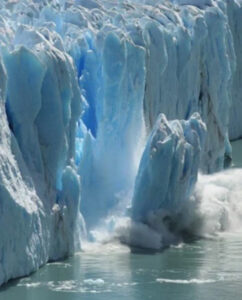 Even now — in the interlude between the chaos of the Trump Administration and the deep exhale that is a Biden Presidency on the horizon — the detrimental and self-destructive climate effects of Donald Trump’s promotion of the fossil fuel industry and casting aside renewable energy feel like impending doom. Scientists warn us we are not doing enough. With data pointing toward rapid global warming, we see the adverse effects of fossil fuels emissions from glacial ice melting to ecosystem collapse to the spread of zoonotic diseases, especially the dire health emergency we face with the COVID-19 pandemic. But with the election behind us and administrations riding into Washington and Raleigh that care deeply about climate change, there is hope that we can rise to our immense environmental challenges before it is too late. 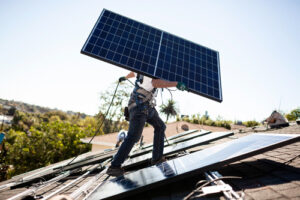 Mark Jacobson, a professor of engineering at Stanford University, has modeled projections of what implementation of renewable energy needs to look like if America is to hit the lofty Biden goal of zero emissions by the year 2050. It will require a massive increase in current solar and wind technologies as well as continued advancement and installation. According to Jacobson, in an in-depth look at the solar industry in Rolling Stone, the US would require the installation of approximately 2,000 gigawatts of solar by 2050, “a huge leap from our current 75 gigawatts of U.S. capacity.” 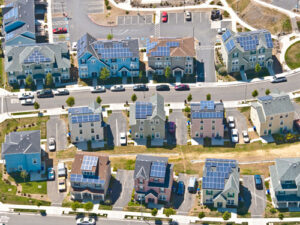 This leap will need to come on top of the fact that in 2018, the Trump administration relaxed many vital restrictions on fossil fuel companies while enacting expensive tariffs on imported solar panels. According to the SEIA (Solar Energy Industries Association), these tariffs prevented over 10.5 gigawatts of solar capacity from coming “online.” That amount would have provided clean energy, free of carbon dioxide emissions and particulate pollution, to more than 1.8 million homes.

As a result of the Trump administration’s denial of the reality of our climate crisis and its direct assault on the renewable energy industry, U.S. prices for solar panels are now among the highest in the world. To make matters worse, the coronavirus pandemic has further exacerbated the negative effects of tariffs on foreign-produced solar panels. According to Abigail Ross Hopper, president and CEO of SEIA, the solar industry has “certainly been impacted by the pandemic, resulting in uncertainty for businesses and 72,000 Americans out of a job.”

The good news is that demand for fossil fuels and other forms of non-renewable energy in the coming years is projected to continue to decline. Even as renewables suffer a short-term setback in the wake of the pandemic, the prospect of significant savings on home or business energy bills makes the future of renewable energy look bright at the end of 2020.

In my home state of North Carolina, Governor Roy Cooper, a Democrat concerned with clean energy and the environment, was re-elected for a second term. His previous term allowed him to fill only three seats on the seven-person Board of the North Carolina Utilities Commission (NCUC), the government agency in control of North Carolina’s utility needs and in charge of regulating the state’s biggest power companies, including Dominion Energy North Carolina, Duke Energy Carolinas, and Duke Energy Progress.

The NCUC directly affects climate and energy choices. It regulates rates and charges, meter and billing accuracy, the need for new power plants and large power lines, renewable energy facilities, and, among others, statewide conservation and renewable energy programs. 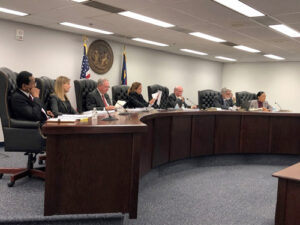 For a long time, the commission helped ensure that North Carolina customers maintained a steady supply of electricity and gas. But this also meant that a pro-utility and fossil fuel majority of commissioners appointed by former Republican Governor Pat McCrory allowed Duke Energy to construct new power plants from which the company directly profited. Environmental groups campaigned steadily against the NCUC’s failure to restrict the polluting activities of Duke Energy which they named as among the worst climate offenders in the nation. Now with the reelection of Gov. Cooper, 2021 will see the commission at full capacity with all seven seats filled, including four recent Cooper appointees with strong environmental records. This likely means that the panel will help push Duke Energy down a new path and tackle additional environmental issues.

What kinds of changes are likely in North Carolina? Governor Cooper issued an executive order in 2018 regarding the need for action on climate change— and this could reverse plans from Duke Energy to build over two dozen new fossil gas units in the next 15 years, as well as their plans to maintain the functioning of several of their coal plants. Yet, seeing where the future lies, Duke Energy has also embraced solar power. They now work in conjunction with numerous solar farms across North Carolina, connecting this power to their energy grid, a profitable decision after a 2007 state law was made “requiring a certain amount of renewable energy- combined with tax credits and a federal requirement that monopoly utilities buy from small power producers.” 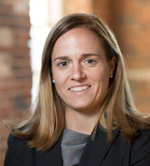 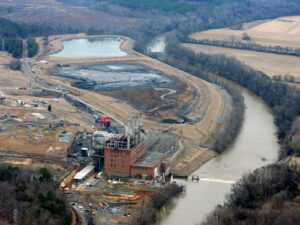 This does not mean, of course, that Duke Energy has an agenda that necessarily diverts from its goal of maximizing profits, even at the expense of the environment. But it will be far harder with the Cooper-appointed majority on the NCUC, especially with its new Chairperson, Charlotte Mitchell. Governor Cooper appointed Mitchell in May 2019, much to the relief of environmentalists who had pushed for a new head of the commission. As a result, new approaches can be brought to old controversies about the future of energy — from enacting solar-plus-battery projects to requests from Duke Energy to raise the electric rates for two of its North Carolina utilities- which would increase residential rates by 6% in order to cover storm recovery or coal ash cleanup.

In 2018, Duke Energy tried to seize a substantial amount of this coal ash cleanup cost from its customers. Attorney General Josh Stein of North Carolina then took the Duke action to the North Carolina Supreme Court to challenge the decision of the NC Utility Commission board which had found in favor of Duke Energy. Attorney General Stein, who was re-elected in a close election, said regarding his choice to take action against the Utility Commission’s decision: “I believe that Duke’s shareholders should have to pay their fair share of the total cost. Allowing the utility to earn interest on their expenditure”, he added, “is also unfair and unacceptable.”

Looking ahead, 2021 could be a year with great potential for renewables and the environment in North Carolina. Even amidst the uncertainty of the duration of COVID-19 in 2021, with Governor Cooper’s Clean Energy Plan and executive order on climate action in place, supporters of environmental conservation policies are saying the new NCUC panel will have a greater role in decision making. Clean energy and climate action could get a potent boost. Governor Cooper’s plan calls for “a 70% reduction in power sector pollution by 2030 and carbon neutrality by 2050”. Regarding the NC Utility Commission’s ability to promote this plan, Gudrun Thompson, a senior attorney at the Southern Environmental Law Center says, “The commission has already asked Duke to model compliance with the plan. Given the amount of new gas plants Duke plans, she said, “they’re going to have to make radical changes.” 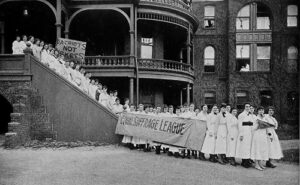 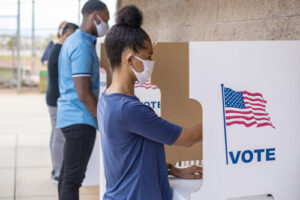 Given the triumph of environmentalists in the election and the gradual control of COVID-19, radical changes may, indeed, be possible in 2021 — in Washington, in North Carolina, and even at my own campus, Meredith College. At Meredith, with its legacy of producing a student body of strong women, we have the power and the influence to advocate for clean energy and the power to make radical changes. Working toward solar installations on my campus has encountered several obstacles in the past, from budget constraints to the massive shutdown of our college due to COVID-19. But one thing now is for sure. As the Biden Harris administration lays out its plan to listen to climate scientists and face the climate crisis with the urgency it requires, those students who voted in the 2020 elections because of climate change are now making their presence felt at Meredith and schools across the country. Their clear message? Now is the time to embrace renewable energy and enact meaningful solutions to the climate crisis.

Emma Fry is a junior at Meredith College pursuing a double major in Environmental Science and Biology with a minor in Professional Writing. Her RCC Fellowship project is promoting solar energy on campuses. [email protected]