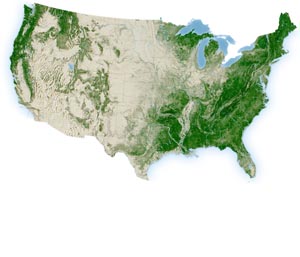 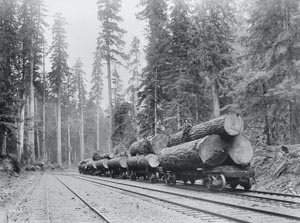 Log train in Washington state, 1935. Many of the oldest and largest trees in the Pacific Northwest were logged during the 20th century. John D. Cress, Farm Security Administration via Getty Images

Protecting forests is an essential strategy in the fight against climate change that has not received the attention it deserves. Trees capture and store massive amounts of carbon. And unlike some strategies for cooling the climate, they don’t require costly and complicated technology.

Yet although tree-planting initiatives are popular, protecting and restoring existing forests rarely attracts the same level of support. As an example, forest protection was notably missing from the US$447 million Energy Act of 2020, which the U.S. Congress passed in December 2020 to jump-start technological carbon capture and storage.

In our work as forest carbon cycle and climate change scientists, we track carbon emissions from forests to wood products and all the way to landfills – and from forest fires. Our research shows that protecting carbon in forests is essential for meeting global climate goals.

Ironically, we see the U.S. Strategic Petroleum Reserve as a model. This program, which was created after the 1973 oil crisis to guard against future supply disruptions, stores nearly 800 million gallons of oil in huge underground salt caverns along the coast of the Gulf of Mexico. We propose creating strategic forest carbon reserves to store carbon as a way of stabilizing the climate, much as the Strategic Petroleum Reserve helps to stabilize oil markets.

Forests pull about one-third of all human-caused carbon dioxide emissions from the atmosphere each year. Researchers have calculated that ending deforestation and allowing mature forests to keep growing could enable forests to take up twice as much carbon.

Half of a tree’s stems, branches and roots are composed of carbon. Live and dead trees, along with forest soil, hold the equivalent of 80% of all the carbon currently in Earth’s atmosphere. 02-22-21

Read more at The Conversation