Inaction is Unjust: A Story of Wind, the NIMBY Effect, & Environmental Justice

Americans know that we need to take action on climate change. Around 70% of us are worried about climate change, while a whopping 89% and 85% support more solar panel installations and more wind turbine farms, respectively. And the majority of Americans support attaining 100% renewable energy, even if it increases their electricity bill by as much as 30%. That’s particularly good news since the cost of renewables has actually fallen dramatically in recent years, often allowing ratepayers to pay less than they would for traditional fossil fuels like coal or natural gas. Right now, the most affordable form of energy is renewable wind power. Wind offers a well-established way for the United States to transition away from fossil fuels — which are devastating communities and our environment — towards clean, cheaper energy. Despite its overwhelming public support, low cost of generation, and economic and environmental benefits, as wind farms expand beyond rural areas, many Americans oppose them being built in their communities.

The NIMBY (“not in my back yard”) movement has presented the wind industry with strong opposition to the development of wind farms, mainly in more populated areas. The NIMBY movement often consists of residents from across the political spectrum, who may support the increased use of renewables, but do not want wind turbines near where they live. Offshore wind is generally opposed by NIMBY members because of fears it may affect local tourism, the fishing industry, and wildlife, such as birds and whales. Others are reluctant to accept onshore wind because of the noise that is sometimes produced by the turbines, as well as their impact on property values and the rural landscape.  The wind industry even meets resistance in areas where it already has a large presence. In June 2019, a major wind farm was rejected in Kansas for the first time in a decade, showing that the NIMBY movement continues to grow despite more and more American recognizing the benefits of clean energy.

Nevertheless, as the NIMBY movement has grown in opposition to onshore wind, the PIMBY (“please in my back yard”) movement has grown in support of the industry. The PIMBY movement mainly consists of farmers who have seen the economic benefits the wind industry has brought to them, as well as to their neighbors and their communities. They also often support the creation of clean and renewable energy. One unique benefit of wind development on farmland that PIMBY members are quick to point out is that wind farms allow farmers to still use large portions of their land for agricultural purposes, while supplementing their crop sales with money from energy generation. However, these supporters are often drowned out by the formidable opponents of the industry. 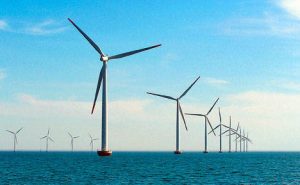 One wind project that faced particularly well-connected opponents, including the Kennedy and Koch families, was Cape Wind. Cape Wind was planned more than four miles offshore of Cape Cod, Massachusetts. The development was sited far enough offshore that residents would be unlikely to hear the sound of the turbines which would also be barely visible on the horizon. However, opponents feared that the site of the turbines could affect local tourism and ruin historic landscapes. (A study by the University of Rhode Island found that tourism on Block Island actually increased since the building of an offshore wind farm, 3.8 miles from the coast.) Yet, environmental activist, Robert F. Kennedy Jr. came out against Cape Wind, as had his uncle, the late Senator Ted Kennedy. The Kennedy compound on Cape Cod would have overlooked the project, and both men emphasized that they supported the expansion of renewable energy, just not in Nantucket Sound. The Koch family’s view from their $19.5 million home in Cape Cod also would have been affected by the wind turbines. The Koch’s donated millions to organizations fighting the “visual pollution” from the Cape Wind project. Despite support from Massachusetts, the federal government, and numerous environmental groups, Cape Wind was defeated, as was the “visual pollution” that came with it. But the loss of Cape Wind means that the United States is forced to rely on more natural gas, coal, biomass, and petroleum, all of which cause actual air and water pollution, exacerbate climate change, and create serious health problems for surrounding communities, which disproportionately house people of color and others with lower-incomes.

Of course, there are legitimate concerns with wind that must be addressed, but with today’s wind farms, they can be. For example, like all sources of electricity generation, wind turbines do have a real impact on wildlife, mainly birds and bats, who can fly into the turbines. However, the National Audubon Society, a group focused on conservation and bird protection, “strongly supports” wind development. They point out that the threat to birds from wind turbines is rather insignificant compared to the threat of climate change and deforestation caused by other sources of energy. They stress that wind farms must be properly sited in order to reduce harm to birds, and that the wind industry must continue to work with conservationists to come up with new methods to limit the turbines effects on birds. Similarly, the NRDC and other organizations worked closely with Deepwater Wind, the company behind the offshore wind farm in Block Island, to ensure that the turbines did not harm endangered whales or other sensitive marine ecosystems. As much of the current offshore wind development is in the Northeast, where many endangered species of whales live, offshore wind companies must make sure that they follow the protective measures put in place for the Block Island Wind Farm.

Offshore wind also may have an impact on the fishing industry, although there has been little research on the subject. In order to improve the relationship between the wind and fishing industries, Vineyard Winds, the successor to Cape Wind but now fourteen miles offshore, decided to create a $16.7 million fund to help fishermen whose business may be impacted during the construction of the project. They also agreed to move some of their planned turbines after some pushback from the fishing industry, as well as commissioned a study on the potential impact to fishermen they may have. While there are still points of contention between the offshore wind industry and local communities, the wind industry is clearly looking to work with the public in order to address their concerns. For example, the offshore industry, as well as bringing thousands of jobs to coastal areas, has offered other ways to improve communities, such as helping to rebuild crumbling ports with millions of dollars’ worth of investments, or funding workforce training in local community colleges, and improving harbors for fishermen.

As people consider how a wind turbine may look on the horizon, miles from their homes, they should think about the communities who have been devastated by coal, natural gas, and biomass production. The children who have developed asthma, cancer, and other medical problems resulting from polluting industries. The communities that don’t have access to clean air or clean water. The wildlife that has been killed by oil spills, loss of habitats, deforestation, effects of climate change, and pollutants in our air and waters. While the wind industry must work with the local community and conservationists, the benefits the industry offers cannot be ignored. The coal and natural gas industries did not offer our most vulnerable communities funding for education, access to safe and well-paying jobs, infrastructure improvements, or trust funds for industries that may be impacted. Most Americans know we must act on climate change and even more support the creation of new wind farms. However, wind can no longer be relegated to just rural communities with sparse populations. Eventually, if we are to transition to cleaner energy, wind farms will be built onshore and offshore near wealthier and more populated areas. As NIMBY members fight wind developments in their communities, they can no longer ignore the reliance on fossil fuels that they are perpetuating, as well as the environmental degradation and injustice that comes with the fossil fuel industry.