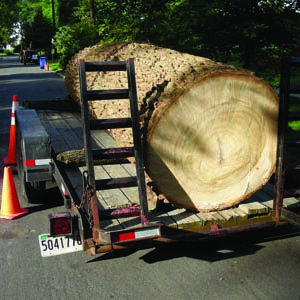 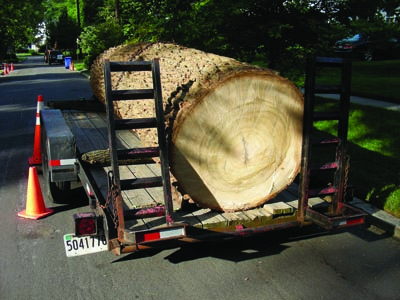 Watching PEPCO, the local power company, and luxury home developers slowly decimate the mature shade trees throughout my suburban Bethesda neighborhood is making a serious tree hugger out of me. My nature book, Washington in Spring, was supposed to be a paean to the rich flora and fauna one can glory in, even in the shadow of our nation’s capital. But even there, amidst the warblers and the wrens, I could not contain myself. I ranted, just a little, about “horticultural homicide.” I even slipped in a photo of the evidence of PEPCO’s death squads. 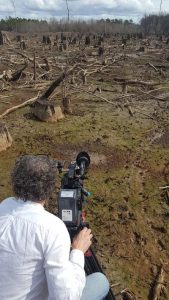 And so it was that I am still apoplectic over the photos of slaughtered hardwood trees in North Carolina sent to me by a friend. They show a familiar scene for anyone who has lived near, or hiked in, or driven by a forest. Lumber trucks, stacked with felled trees, going about their business. But look closely. These photos, taken by Adam Macon of the Dogwood Alliance, a North Carolina environmental organization, were taken alongside Dutch filmmakers recording where members of the European Union really get their supposedly carbon neutral power source. 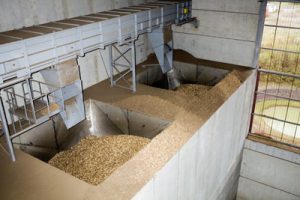 The EU is heavily subsidizing the production of wood pellets used in power plants to count toward their climate change carbon reduction goals under the Paris Agreement. And those pellets are made by a corporation called Enviva from wood cut and carried all the way from North Carolina. In sum, those remains of forests that you see have all been chopped down for export to Europe and the UK to supposedly save the planet.

What? Run that by me again.

I admit that it is complicated. Chopped down trees are called biomass or woody biomass. And, at first, I was somewhat sympathetic to biomass incineration for power when I first heard about it speaking some years ago at LaGrange College in LaGrange, Georgia. The town had been heavily dependent on textiles before it became cheaper for corporations to produce them overseas. The result? A depressed local economy that needed new industries and greater sources of reliable power if it were ever to have a renaissance. With plentiful forests and a furniture industry that left shavings, sawdust, low-grade trees, lumber, branches and brush lying around to rot (and give off greenhouse gases), biomass at the time seemed like a decent solution – especially since Georgia Power had already bought up leases for offshore wind and refused to build it. I thought, given the limited options, that green jobs, new high tech offices, industry and a lot less CO2 and methane into the atmosphere were OK.

As it turns out, my views changed over time, or as we say in Washington – evolved. All incineration of wood, whether around a campfire, in your fireplace, a stove, or in a power plant gives off dangerous carbon monoxide and carbon dioxide, that famous greenhouse gas, as well as particulate matter (soot), smoke, and dioxin, a potent toxin.

Even when wood is used as fuel in a highly efficient power plant, CO2 and dioxin are still produced, albeit in small proportions. Trees have to be felled somewhere to get the wood. Industry and some environmentalist biomass advocates argue that burning wood that has already become waste, or burning trees that will be replaced, is essentially carbon neutral. Such assertions are, to say the least, controversial. 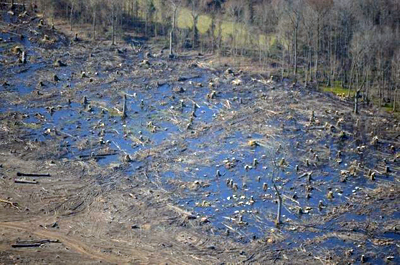 These hopeful, pragmatic views require a whole slew of positive developments that seem rarely to occur in real power production, real forests. An in-depth study by the NRDC and the Conservation Biology Institute in 2015 revealed that industry claims of using mainly scrap wood are often unfounded and that a burgeoning bioenergy industry threatens forests not only in North Carolina, but throughout the southern US. The NRDC also issued an economic study of biomass energy production in 2016 that showed why biomass is a dirty and expensive way for the UK to meet its climate goals. As NRDC expert Sasha Stashwick puts it, “The UK has relied heavily on biomass to build new electricity capacity and meet its climate targets, much of it in the form of wood pellets imported from the southern US. Chatham House, the prestigious British think tank of the Royal International Affairs Institute, has now released an authoritative and damning new report. It reveals, among other things, that much of the wood from North Carolina is from slow-growing hardwood trees that cannot replace themselves for upwards of a century. Even if softer, faster growing trees were being cut, clear-cutting ruins ecosystems, creates run off, and is just plain, depressingly ugly. And twenty-five years for regrowth is too long as global climate change accelerates.

That is why 75 environmental organizations, led by the Dogwood Alliance, (including the Rachel Carson Council) signed a Congressional letter last year opposing cutting US forests for biomass energy.

These environmental groups were sharply opposing a bill supporting biomass energy sponsored by Maine Senators Susan Collins (R-ME) and Angus King (I-ME), along with Senators from other major forest states. The bill almost passed at the end of the 114th Congress, but ran out of time. The Collings-King bill is likely to be reintroduced soon in the far more industry friendly 115th Congress, and there is little likelihood, if the bill passes, of a veto from President Donald Trump.

I will oppose all such horticultural homicide acts in Congress. Enough of slaughtering trees, when wind and solar are cheaper and truly renewable. I stand with the trees and with my friends in North Carolina. Leave my neighborhood trees alone, too, dammit. I want to hug them, stand in their cool shade, hear their birdsong, and feel the breeze gently rustling through their sunlit branches.