This Fall, Students Look to Make Their Campuses More Just 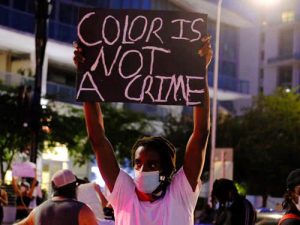 Over the last couple of weeks, protestors have responded to the death of George Floyd with demonstrations in all fifty states. Although the protests were started in response to Floyd’s death, they have quickly transformed into protests surrounding the broader issue of racism in police forces across the country and systemic racism in the country as a whole. While youth organizers have been responsible for many of the protests throughout the country, students must carry this momentum into the fall semester. The systemic abuse of people of color is not localized to their interactions with the police. In order to progress towards a truly just society we must confront the racial disparities not only in policing, but also the environmental sector. 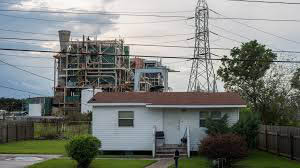 People of color are more likely to suffer from exposure to air pollution, live near landfills, and contract waterborne diseases due to limited access to clean water. Access and quality of vital services have long been overlooked, but act as barriers to people of color by diminishing the quality of life of minority communities. Now is the time for students and faculty at universities across the nation to act in the places where they have the most influence. Students and student activists have the opportunity this fall to address these issues of race, and campus communities must work to dismantle systems of oppressions wherever present.

While protesters feel that speaking out in this moment is necessary, many also struggle with how to go about protesting. The COVID-19 pandemic has forced people to make a decision between protesting against inequality and brutality at the hands of police officers across the nation, or avoiding the pandemic by staying distant. Especially as the disease disproportionately affects communities of color, the people who feel most strongly the effects of the injustice protest have been centered around are also cognizant of the health risks. This, among other factors like the proliferation of social media platforms, has pushed many protestors to act digitally, sharing resources to help educate observers, raise awareness, and fundraise. For onlookers, it is time to become informed and act in anti-racist ways. For politicians, it is time to evaluate the efficacy of policies that work against black communities. For environmental groups, it is time to reflect on the intimate link between racism and environmental justice. Two crises are at the forefront of the American psyche in this moment, racism and disease, and it’s time to acknowledge that racism doesn’t just appear in the blue uniforms of police officers or the white robes of the KKK, it rears its ugly head in the form of food insecurity, pollution, and climate change. It appears as Confederate statues glorifying conquerors and slave-owners. It surfaces as university investment into campaigns and companies that promote racist policies.

It’s normal to feel angry, frustrated, and ready for a change. For students, these feelings are an opportunity to act in socially responsible ways on campus. Systemic racism permeates everyday life, and university life is no exception. From educating oneself about injustices committed against people of color by enrolling in classes that challenge one’s perception of the world, to addressing diversity policies in the clubs one is a part of, students can educate themselves about inequality and work to improve the collegiate environment. Students can also look into the campaigns and companies that their universities and schools involve themselves with and promote divestment of groups that are socially irresponsible. Questioning the role and efficacy of police officers in schools is additionally important. Every school is different, but no school is perfect. Analyzing collegiate life and addressing, organizing, and protesting around the issues that affect people of color disproportionately is important to furthering the movement past calls for an end to police brutality. For students, bringing the protests from the streets into the classroom is important for keeping the movement alive.

When students return to campus in the fall, they may find that it is a significantly different place. Social interactions may be limited and classes may be smaller, but that doesn’t mean that activism has to stop. Engaging with communities digitally and transition to online movements allows student-activists to reach a broader audience while limiting the barriers presented by the post-COVID world. Organizing around racial issues in the area that students have the most influence, their universities and colleges, can still be done through digital media. Now is the time to ensure that the newfound energy being directed towards racial justice doesn’t begin to fizzle out by bringing this sense of action to campuses across the nation, digitally or otherwise. 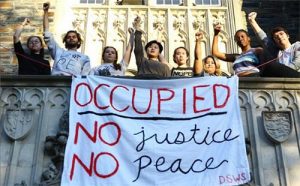 Campuses across the nation have seen a renewed push to change aspects of collegiate life, even during a time when students aren’t living on campus. At Duke University in North Carolina, students have started online movements to remove the police from peaceful protests on campus. In Charlottesville, activists demonstrated by marching through downtown in protest of police brutality and called for Confederate statues to be brought down. 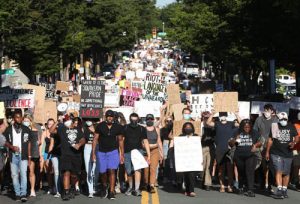 Clemson activists have circulated petitions to remove John C. Calhoun’s name from the Honors College, and have done so through online platforms like change.org. Examples of how to act in anti-racist ways are as varied as the students conducting these movements, but it’s important for these actions to continue and progress. Whether movements are conducted online or in person, it is important for students to continue working towards making their campuses more inclusive and carrying the energy from this summer to the fall.

Current protests underscore the complexity of progress. Systemic racism is not just a single-faceted issue, but rather one with traces in every sector. Organizing work may look slightly different in the time of social distancing, but in this time of political upheaval, it could not be more important. While social distancing may keep us physically separate, now more than ever, we need to use the tools at our disposal to come together and fight injustice on all fronts. For students, upcoming semesters signify change, and this semester offers an opportunity to change their campuses for the better. 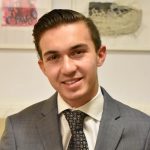 Andrei Santos is the RCC Stanback Engagement Intern. He is a rising sophomore at Duke University and plans to major in Environmental Science and Public Policy. [email protected]