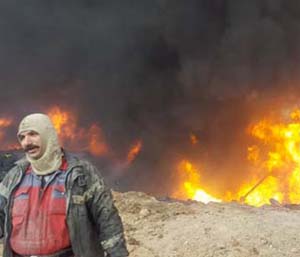 Should Environmentalists Worry About War? 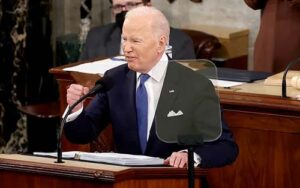 In his strong State of the Union speech, rapidly redrafted to focus on the Russian invasion of Ukraine, President Joe Biden barely mentioned the environment and global climate change. Though an understandable shift in this time of war, when large numbers of human lives and the freedom of Ukraine are at stake, it is an unfortunate one. War, preparations for it, and the production and maintenance of large arsenals, especially nuclear ones, are among the largest threats to the environment and of global climate change on the planet. For example, according to a study by Professor Neta Crawford of Boston University, an expert on the Pentagon and global climate change, the U.S. military emits as many greenhouse gases as a country like Denmark and has created 1.2 billion metric tons of CO2 emissions just since 2001. But even these figures are incomplete since the United States is not required to give a full accounting under the Paris Climate Accords and does not, for example, count multi-national operations and exercises such as those in Europe. 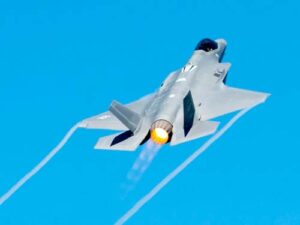 Most Americans, who obsess over the price of gasoline, including environmentalists who worry about their family’s carbon footprint, have no idea how many F-35 jet fighters the U.S. has (it plans to buy 2,500), or that they burn a gallon of jet fuel for every mile they fly. In total, the US military uses over 100 million gallons of fuel per year.

American greenhouse gas emissions are mainly produced, however, by the huge network of bases and buildings the Department of Defense maintains throughout the United States and across the globe. Such bases leave a long trail of toxic waste and pollution that affects local communities, service personnel, and the environment. Just recently Andersen Air Force base on Guam has been sued by an Indigenous-led community group to prevent blowing up toxic military wastes to dispose of them. For decades, Puerto Ricans protested the use of the beaches of Vieques as a U.S. Navy bombardment practice area before forcing a halt. But residents of Vieques still have far higher cancer and other disease rates than the rest of Puerto Rico, and studies still show high levels of heavy metals. Legal battles continue in an attempt to hold the government accountable. 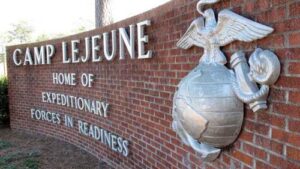 Many military bases, in fact, have long been highly-polluted Superfund sites. I first reviewed studies of the connection between unexploded ammunition and brain cancers at Otis Air Force Base on Cape Cod some thirty years ago. But, of course, the problems of contaminated soil, air and water still persist as at the Marines’ Camp Lejeune in North Carolina where personnel who served there can now get medical care and compensation from the Veterans Administration because there is a legal presumption that cases of leukemia, breast cancer, multiple myeloma, and more have resulted from Lejeune’s history of toxic drinking water. Other recent studies have shown that contamination and health problems just from PFAS, the “forever chemical,” are found on at least 149 U.S. bases. 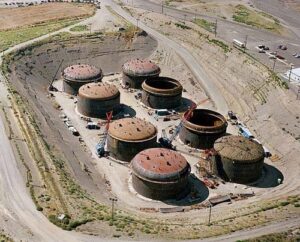 Nuclear weapons and their delivery systems, production, and wastes present a huge and equally troubling picture. Their environmental and health effects last far beyond human lifetimes – essentially forever. The military, in fact, has produced the vast majority of nuclear waste in the nation, much of it stored precariously at sites like the Hanford Reservation in Washington State. There WW II storage tanks that are slowly being remediated still need regular releases of built-up hydrogen to prevent massive, deadly explosions. Decommissioned nuclear submarines are cut up like giant salami and the reactor core simply buried in rows of trenches 1,000 feet long (In the old days, they were sunk off the coast of places like Mendocino, California). So far, the U.S. has spent hundreds of billions to remediate and contain nuclear wastes at Hanford and other sites, as well as pay out compensation to the people who worked there, lived nearby, or were downwind of nuclear tests. Ultimately, costs of over a trillion dollars are likely. 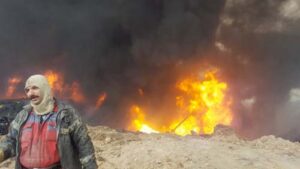 Nevertheless, the environmental and health costs of maintaining and operating our huge military, even in peacetime, are never calculated in the price of our defense. When actual war is contemplated, or especially during actual combat, scant attention is paid to immediate or long-term environmental or health impacts and costs. But attention should be paid. President Biden’s son, Beau, for instance, likely died from exposure to the carcinogens released in Iraq where the U.S. destroyed military waste in open “burn pits.” The President is pushing for compensation for burn pit victims stretching back to the long wars in both Iraq and Afghanistan. But the environmental consequences of the Iraq War (and the closely related Persian Gulf War that preceded it) were not limited to Americans exposed to toxic fumes. Oil wells and oil fields set ablaze, for example, caused massive pollution in marshes, waterways and the Gulf itself that affected wildlife and birds, killing 25,000 and driving millions away, while ruining Iraq’s shrimp industry. In war, civilians, soldiers on both sides, and ecosystems all suffer – as we learned in Vietnam from the consequences of using napalm, white phosphorous, CS gas, and Agent Orange, not to mention the bombing of dikes, hospitals, and areas producing rice and other food stuffs.

In Ukraine, the Zelensky government and other observers are already documenting war crimes, including the bombing of civilian areas, hospitals and schools, not to mention the illegality of the Russian invasion itself. But wider environmental issues are also at play and need to be condemned. The Russian occupation of Chernobyl and fighting near the Zaporizhzhia nuclear power plant in Enerhodar, Ukraine already risk nuclear catastrophe and give the lie to continued claims that nuclear power is a clean and safe energy source. Americans still have difficulty imagining that one of their 93 active nuclear reactors might be attacked by terrorists, or even hit by a missile in the event of war. We need to imagine such possibilities. An attack on a wind farm or solar array might cause flying shards and shrapnel, but not the poisoning with radiation of thousands of square miles of the United States. 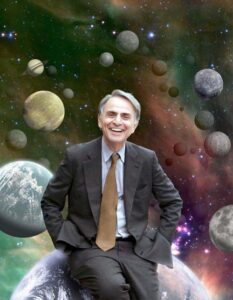 Any serious national defense policy must call for the rapid elimination of nuclear power and of nuclear weapons (which Putin has already implicitly threatened to use). Like global climate change, nuclear weapons are the only other threat to the entire planet that we humans have produced. As we enter into a perilous new period of war, American planners should recall that early in the 1980s, renowned scientist Carl Sagan and his colleagues calculated that the explosion of even one hundred nuclear warheads and their fallout and debris would block out the sun, creating a “nuclear winter” that would destroy the ecological support of our current society. Contemporary studies of the use of even smaller numbers of nuclear weapons, say between India and Pakistan, confirm these dire predictions.

With the cut off of Russian oil imports to punish Putin announced by President Biden, we get to the nub of the environment and war dilemma. Although big oil companies are touting their withdrawal from Russia, they are happily lobbying for and anticipating a greater reliance by the US on oil and gas to meet our energy needs. Advocates of clean, renewable sources of power and energy, like wind and solar, hope the obvious overreliance of Europe on Russian oil and gas, along with increases in the price of oil and gas here at home for cars, heating, and industrial production will lead to a solid and accelerated shift away from fossil fuels.

The political debate over what do about oil and gas in the face of the disruptions of the Russian invasion of Ukraine will be fierce. Given the American continued reliance on oil and gas for our industries, cars, homes, and for our huge, sprawling military powered by fossil fuels, Big Oil is likely to emerge the winner, at least in the short run. But the US needs to understand that our reliance on both nukes and fossil fuels for our economy and our national defense, during war and peacetime, has immediate and long-range harmful, even disastrous, consequences for human life and health, for the environment, and for global climate change. Putin’s aggression in Ukraine, with its human casualties, suffering, and river of refugees, is horrific. We must do all we can to stop this madness and to help. But the war, and its human and environmental costs, should also serve as a clarion call to end both the nuclear and fossil fuel age.