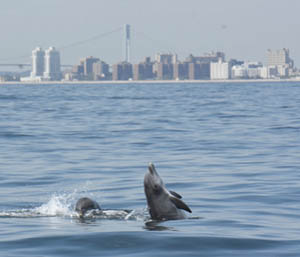 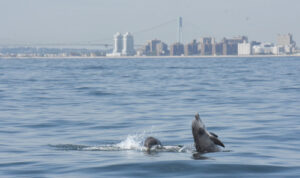 When you think of the New York Harbor, you might imagine boats, skyscrapers, a noisy traffic on the nearby streets of NYC. What you may not expect to find are dolphins. But according to a newly released study from Wildlife Conservation Society, the New York Harbor is a popular feeding ground for bottlenose dolphins from spring through fall.

“We’ve been seeing dolphins regularly,” said Howard Rosenbaum, director of the WCS Ocean Giants Program and a senior conservation scientist for the New York Aquarium, as reported by Inside Climate News. “I think what’s interesting is that you can see them quite frequently, if you’re on the beach. It’s not all the time, and it might not be the right time of the day when you’re looking, but we do see them regularly.” 06-14-22