The Clock That Ticks Down: Climate Change Worry and Mental Health 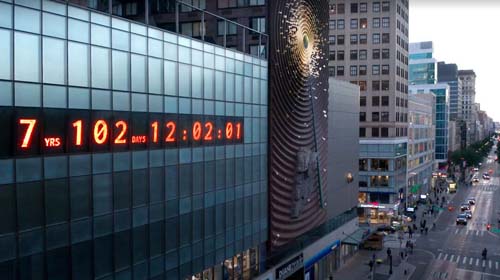 In September 2020, an art installation dubbed the ‘Climate Clock’ sat atop big-box stores like Nordstrom and Best Buy in New York City’s Union Square, counting down the years, days, hours, minutes, and seconds until an unavoidable climate catastrophe. Installed for Climate Week, the Clock showed how much time is left to curb greenhouse gas emissions enough to keep the Earth under a 1.5 degrees Celsius temperature increase. Limiting global warming to a 1.5-degree increase, as noted by the UN Intergovernmental Panel on Climate Change in a 2018 Special Report, is necessary to avoid irreversible climate change impacts — sea level rise, increased disasters such as flooding and wildfires, and the complete devastation of coral reef ecosystems. In the midst of a global pandemic, as the clock ticked down, New Yorkers looked on helpless, worried and afraid.

Growing research shows that climate change poses a major risk to human health. As climate change increases in both frequency and intensity, humans are increasingly exposed to changes in their immediate environment through weather patterns, seasonality, and extreme events. These changes can lead to direct physical effects, like heat-related illnesses, infectious diseases and even death, as well as psychological effects in the form of climate anxiety. Climate anxiety, loosely defined as anxiety directly attributed to climate change, can include panic attacks and other mental health stressors, with young people hypothesized to be disproportionately affected.

Particularly in college, young adults have reached a crucial point in their physical and psychological development. They are exposed to a cornucopia of new ideas, new geographic locations, and new friends. The stress and emotional toll associated with living on your own and figuring out what you want to do with your life is further exacerbated when climate change is added to the mix. Climate change is often a topic of conversation, particularly within the classroom. Out of 405 undergraduate students surveyed at West Virginia University in the Spring 2020 semester, 82% (332 participants) had been exposed to learning about global warming within their college career.

A defeatist attitude is often prevalent in student thoughts on climate change, as shown in a follow-up survey question: “Which statement comes closest to your view?” 86% (343 participants) believed that humans could reduce global warming. But it was unclear whether we would actually do what is needed. Students further believed that people are not willing to change their behavior, so reducing global warming is infeasible. 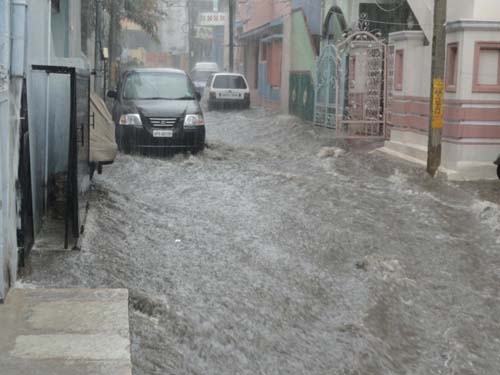 In an effort to dive deeper into the idea of ‘climate anxiety’ and how climate change impacts might affect peoples’ thoughts, feelings, and emotions, I posed the question “Are thoughts on climate change at the forefront of your daily life?” to my interview participants. Out of the 28 LGBTQ+ undergraduate students interviewed across five large, public universities in Appalachia, a majority spoke to the anxiety and stress the thought of climate change brings on a daily basis.

“The stress about climate change is at the forefront of my daily life. Like the clock that ticks down. It’s like seven years and I don’t know how many days. I literally see that clock in my dreams. It’s kind of terrifying because it affects my life. I’m already thinking that I probably won’t have children because I don’t know what the world’s going to look like. How can I bring a child into this world when we have seven years until climate change is irreversible?” Interview 6

“I try not to think about it too much because it leads to a lot of personal anxiety and that sort of thing. I’m trying to do the best that I can, but I also know that one person can only do so much advocating and personal work. One person cannot stop climate change.” Interview 9 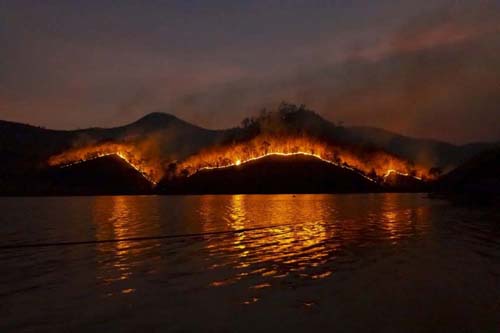 “Complete and utter sadness. Sometimes I have to stop myself from mourning before things are actually dead. It’s a lot of sadness and disappointment also. Disappointment in the human race. Disappointment in my fellow humans, and anger and sort of like desperation. I often sometimes will get to a place of wanting it to be better so bad. I want it to change. I want us to be able to fix so many of the things that we’ve done. So that’s sort of desperation for positive change.” Interview 26

These mixed emotions were felt across all interviewees. They also noted that the representation of climate change impacts within their coursework and within popular media — California wildfires, sea-level rise in the developing world, and icecaps melting — elevated their anxiety.

As climate change impacts continue to emerge, there must be more research into and ultimately programs for the mental health of youth. A public health focus on the young may help elicit wider support for climate change mitigation and adaptation and engage far more of those who are disengaged with climate change, particularly in a U.S. context where polarization on climate change is rampant. A better understanding of ecological grief, combined with strides in communication strategies on climate change that may generate an emotional response, are crucial to better explaining and preventing climate anxiety and mental health stressors in youth populations. The need is urgent, and we must act now. The clock is ticking not only for the time left to prevent catastrophe, but to help a significant part of our society whose suffering is as real as melting glaciers.

Brandon Rothrock is working on a Master of Arts in Geography and a Graduate Certificate in Women’s and Gender Studies at theWest Virginia University. His RCC project is on climate justice and the LGBTQ+ community. [email protected]