Climate Coverage: What We Have Learned

ABC-TV’s first debate with just the ten major Democratic candidates on Thursday, September 12, managed to fill prime time without a single question on the global climate crisis. That is not only irresponsible journalism, it puts ABC in a bad light compared to other major outlets. Time magazine has just put out its second entire issue on climate, while environmental on-line zines with few staff like Grist have published complete and detailed checklists of the climate positions of all the Democratic candidates.

That is why climate activists and CNN should take credit for the breakthrough broadcast town hall on September 5 with all ten leading candidates focused solely on the climate crisis and how to solve it. The event, a first of its kind, came after attempts to pressure the Democratic National Committee to host a climate debate were rebuffed. While this result was frustrating for many, the pressure that activists have been able to apply has generated an unprecedented amount of climate conversation from the presidential candidates.

The event unfolded over the course of seven hours as each candidate appeared on stage individually and responded to questions from both the moderator and the audience. While the candidates were not able to interact with each other directly, they did get ample time to thoroughly discuss their ideas. Here are some of the things we learned:

Candidates and their climate platforms are more ambitious than ever before

In the weeks and days preceding the event, nearly all the major candidates released their climate platforms. While they vary in cost, scope, methods, and priorities; what cannot be argued is that the current crop of climate proposals from the Democratic presidential candidates are the most ambitious in history.

There are also many points of universal agreement among the candidates on both the danger presented by the climate crisis and some immediate steps that can be taken to make progress in combatting it. Of all the climate plans released by candidates, the consistent themes are that: climate change is a profound threat to the United States and to avert catastrophic warming the country must reach net-zero emissions between 2030 and 2050. All the policies and policy disagreements that come after are in service to those two basic goals. Among those policy differences, every candidate is united on rejoining the Paris Climate Accord, ending the leasing of public lands to fossil fuel companies, and furthermore ending any other subsidies that fossil fuel companies receive from the government.

As polls consistently demonstrate that climate change is a top issue for voters, it seems that Democratic candidates, finally, are ready to get serious on climate.

Youth continue to lead the way

Following years of education, organizing and lobbying by environmental organizations including the Rachel Carson Council, in 2019, the coverage and conversation about climate change has been propelled by young activists and organizers across the world. From the international climate strikes inspired by Greta Thunberg to the movement that groups such as the Sunrise Movement have built for candidates to support the Green New Deal, youth have been framing the debate and pressuring political leaders in the U.S. and abroad to take bold action on the climate crisis.

This remained true at the CNN town hall last week, where many of the questions came from students and young organizers affiliated with the Sunrise Movement. This dynamic was particularly highlighted in an exchange between a graduate student and Vice President Joe Biden, where it was revealed that following the debate Mr. Biden would be attending a fundraiser hosted by an executive with ties to the natural gas industry. (if you are interested in how students and young people are continuing to organize in their communities, keep an eye on the RCC Fellowship program as they work for sustainability and environmental justice throughout the year.) 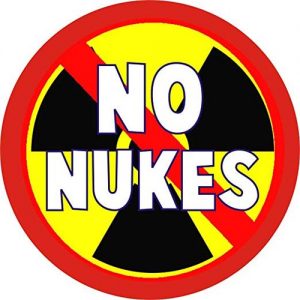 In its campus work, the RCC has been making clear that nuclear power is neither safe, reliable nor carbon neutral. But not all candidates have gotten that message. Recently, the RCC published an article highlighting that many candidates stances on nuclear energy vary drastically. This difference was brought into sharp relief on the town hall stage as nuclear energy, in addition to carbon capture technology and carbon tax proposals, appeared as some of the most consistent and important differences between the candidates.

Senator Cory Booker and tech entrepreneur Andrew Yang were the most vocal proponents of nuclear power. Each called for investments into both research and expansion of the industry, with Senator Booker referring to nuclear energy not as a future we should be “fearful of,” but rather, one we should “embrace.” But, as noted in RCC’s earlier report, such claims about the safety, cost, and validity of these new nuclear technologies have yet to withstand scrutiny Other Democratic candidates, like Senators Kamala Harris and Bernie Sanders, however, were forthrightly opposed to the expansion of the industry, raising serious concerns about the disposal of nuclear waste and the harmful impact it would have on local communities. 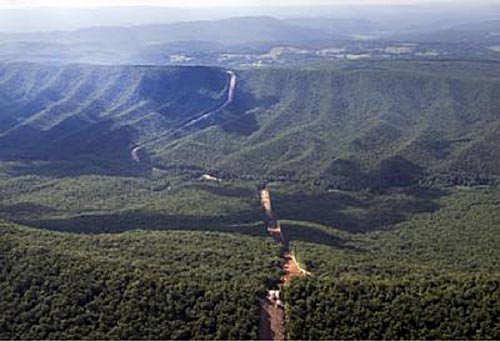 The debate over so-called “bridge fuels” among Democrats also continues to rage, particularly with fracked natural gas, as clear differences between the candidates again were highlighted. Among those on stage, Senators Kamala Harris, Elizabeth Warren, Cory Booker, and Bernie Sanders have called for total bans on fracking. Some candidates were called out, as was former HUD Secretary Julian Castro who was asked about his role in expanding fracking in San Antonio while he was mayor there. Vice President Biden, seemingly with the electoral votes of Pennsylvania, a fracking state, in mind, said that he would oppose fracking on public lands, but that he did not support a nationwide ban. This issue may prove to be one of the most important dividers between the candidates. Natural gas currently provides roughly 35 percent of electricity in the US and is projected to produce the majority of electricity in the country by 2050. Gas pipeline infrastructure continues to expand and threaten communities across the country, such as with the Atlantic Coast and Mountain Valley Pipelines, opposed by the RCC and other environmental organizations.