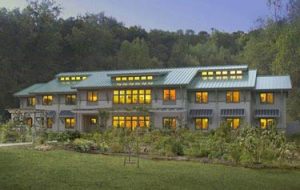 RCC President Bob Musil spoke with students and faculty at Warren Wilson College, near Asheville, North Carolina, immediately after the 2016 election and the surprise victory of Donald J. Trump, who has publically denied the scientific reality of global climate change. Warren Wilson sits in the mountains of western North Carolina and is noted for its environmental concerns and the opportunity for students to engage in both study and work teams engaged in sustainability, ecological farming, and more. Musil was hosted by Professor Amy Knisley of the Environmental Studies department who introduced him at a luncheon talk with faculty and students on nature writing, Rachel Carson, and her relevance for today. In his remarks and conversations, Musil stressed Carson’s deep love for North Carolina and her surprising engagement in issues like nuclear disarmament, early warnings of climate change, and opposition to animal factory farming — now deeply embedded in North Carolina.

Musil also taught a class on environmental policy where students expressed concern about the election of a climate change-denier as President, even as western North Carolina suffers from extreme drought and massive forest fires. Musil offered a number of ways students and faculty could engage with organizations like the Rachel Carson Council at the local, state and national levels to push back against what will likely be a Congress and President determined to undo environmental progress and agencies. Following President Musil’s visit, Warren Wilson College became the 35th college to join the Rachel Carson Campus Network. 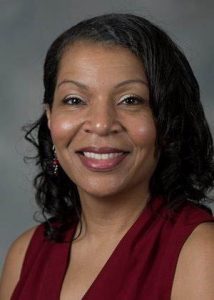 Musil also spoke at nearby UNC-Asheville for the annual summit for North Carolina Campus Contact, an organization that promotes civic engagement beyond college walls for students and faculty. Musil was invited by North Carolina Campus Compact Executive Director, Leslie Garvin, and spoke to some 150 student leaders from 23 North Carolina colleges about the role of the Rachel Carson Council and how individual campuses and students can get involved. He also explained the relevance of Carson for today, since she was deeply engaged in elections and advocacy, as well as in science and nature writing. Like the RCC, Carson bridged the humanities and science, reached out to wide audiences, and tried to use her skills on behalf of environmental change. She campaigned for Adlai Stevenson in 1956 because of his stances on the environment and against open-air nuclear testing. When he lost badly, she simply continued to write and work, even as she finally was diagnosed with breast cancer and not only wrote Silent Spring, but also campaigned for John F. Kennedy and worked closely with his Administration on environmental policy.