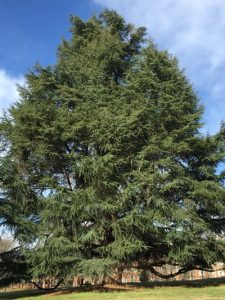 Randolph College, formerly Randolph-Macon Women’s College, has been named one of the nation’s top 50 green colleges by the Princeton Review. Randolph was one of the first, pioneering colleges to sign the Tailloires Declaration in the early nineties and then the American college presidents climate commitment. Today, the historic campus, with ancient cedar trees, has among other features, an organic garden, beehives, and a flock of chickens that provide organic, free-range eggs. 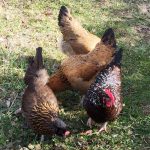 At his lecture hosted by physics and environmental studies professor Sarah Sojka, President Bob Musil explained Rachel Carson’s relevance for today, her active political engagement, and how the RCC carries on her work, including organizing in nearby North Carolina around the environmental health effects and climate justice implications of industrial hog production. Carson, Musil told his audience, wrote the Introduction to the first popular exposé of factory farms in 1964, Animal Machines by Ruth Harrison. Carson’s environmental ethic linked concern for animals and people. And she saw issues as intertwined, Musil said, writing about and working against nuclear weapons, testing, and waste, as well as pesticides. Carson was also aware of early concerns about global climate change during the Kennedy Administration and would have actively opposed the Atlantic Coast Pipeline (ACP) currently planned to carry fracked natural gas through Virginia and into North Carolina.

Musil also spoke to a class in environmental studies, and read excerpts from his two current books, Rachel Carson and Her Sisters and Washington in Spring. 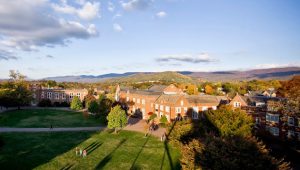 Roanoke College in Salem, Virginia, a co-ed liberal arts college near the Blue Ridge Mountains has been named among 332 American green colleges. Professor of Public Affairs and Environmental Studies, Andreea Mihalache-O’Keef hosted RCC’s President Bob Musil for a campus lecture, meetings with students and faculty, and a class on environment and society. At his lecture, Musil, who appeared in the PBS American Experience documentary on Rachel Carson explained that even in a major documentary, filmmakers must focus on a central narrative and leave much out. For Rachel Carson, that means, Musil said, her interest in other issues like animal welfare or her awareness of global climate change necessarily get left out. Unexplained in the film, and even more relevant for today’s political climate, Musil said, was Rachel Carson’s deep involvement with the existing environmental movement and her active engagement in politics. Not only did Carson ask her friends to form an organization, the Rachel Carson Council, to carry on her work after she died, she also worked closely with major groups like the Sierra Club, the National Wildlife Federation, the Wilderness Society, Defenders of Wildlife, and others. Carson even sat on the Board of the Audubon Naturalist Society, where the RCC was once housed, which actively engaged with Washington political figures.

Musil urged his audience to take heart from Carson’s political experience that began with active campaigning for Adlai Stevenson in 1952 and 1956 because he was opposed to open air nuclear testing and had a conservation platform. Meanwhile, the Eisenhower Administration worked to undermine environmental protections achieved by Teddy Roosevelt and FDR and continued open air nuclear testing. In sum, with rivers burning, chemicals being sprayed relentlessly, and nuclear fallout raining down, Carson faced a situation much like today’s. Nevertheless, Musil said, she continued to work, organize, write, and campaign for John F. Kennedy. The result, ultimately, was an administration that collaborated with environmentalists, got a nuclear test ban, and worked actively for conservation through its Secretary of the Interior, Stewart Udall, a close ally of Rachel Carson.